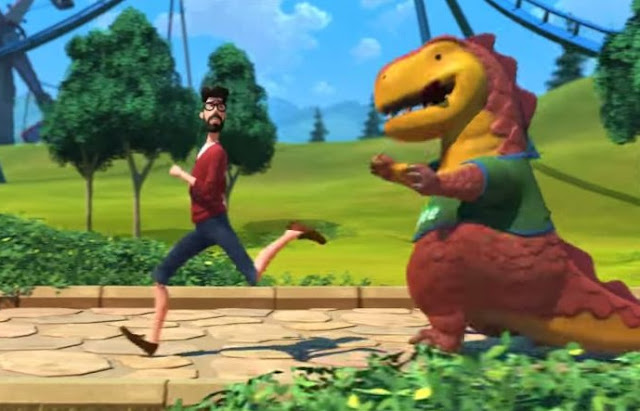 It’s been a while since we has a good theme park simulator. Both Theme Park and Rollercoaster Tycoon have been poorly managed by their respective owners, and so fans of those classic franchises have been left waiting for a new developer to pick up the baton.

It looks like Frontier (Elite: Dangerous) is to the rescue, because its Planet Coaster E3 trailer offers everything we loved about those classic part builder sims… and then some.

First up, there’s the humour. This trailer demonstrates that in spaces, with the kind of bright, colourful vibrancy that you’d expect to see in a Rollercoaster Tycoon game. Then there’s the variety in the gameplay. It seems very likely that the trailer was rendered using all the assets and controls that players will have over the game themselves, and with that being the case it does look like we’ll be able to design awesome little theme parks according to our dreams with this one.

Given the developer’s heritage, I’d be very surprised if this is a free-to-play game, which is a good thing, since that monetisation model was what hurt the other recent attempts at a theme park simulation.

Now we just need to hope it comes to console too, because as good as it looks on PC I’d love to be able to kick back with it on my PlayStation 4 as well.

Why the heck did Nintendo not stick this Fatal Frame trailer in its E3 show?

Persona 4: Dancing All Night looks better and better and has awesome new costumes