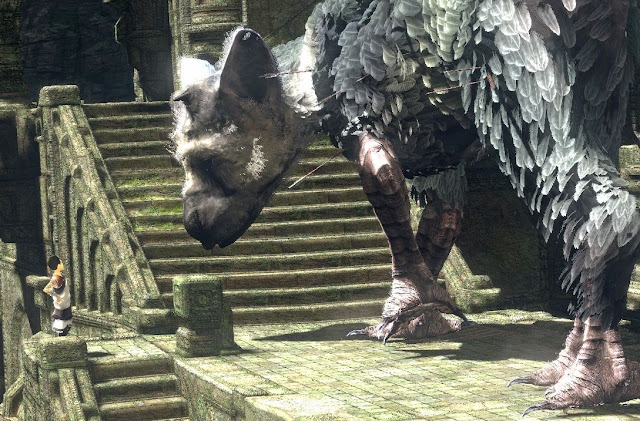 The biggest trailer of E3 so far is easily The Last Guardian. After so many of us had completely given up on that game ever happening, Sony made its opening act one of the most delightful surprises of all.

Not that we actually know much more than we did before the trailer. The extended gameplay on show simply highlights the relationship between the boy and the beast that we already knew existed. The puzzle/ platforming was very reminiscent of Ueda’s previous Ico and Shadow of the Colossus, and the hugely cinematic environments were comfortably familiar.

So why is this trailer so special? Why did it have people (including us) in tears? Because it was Sony extending us a promise; that The Last Guardian is happening. It is coming. And it’s going to be special. Sony didn’t even bother try and dress the demo up, either. It was content to simply highlight the relationship between the boy and beast, and instantly it set these two up as the most emotionally loaded characters that we’ve seen in quite some time. Possibly as far back as Shadows itself.

Sony wasn’t extending the promise towards giving us a specific release date – The Last Guardian is happening some time in 2016 and that’s it, but this is a game that we are so, so looking forward to.

The trailer is below. What did you think of it? Let us know in the comments!