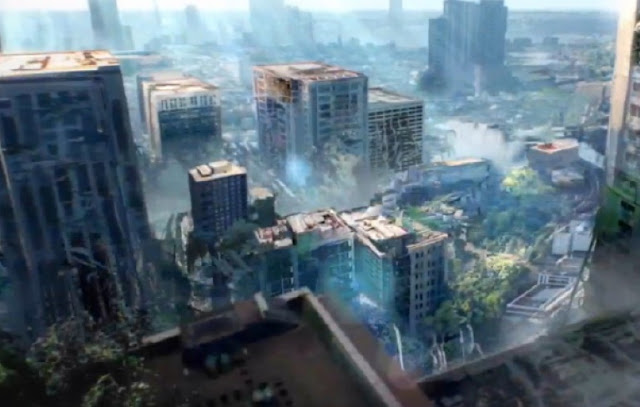 I think we should rename this E3 “that event where all our gaming dreams came true.” I mean, we’re quite literally talking about an event in which a new Shenmue, Final Fantasy VII Remake and The Last Guardian were announced, and these are all games no one thought would happen.

And then Square Enix, in the last major stage show of the event (I’m ignoring the PC one, as it wasn’t presented by a single company), literally pulled a Steve Jobs with a “you’ve been enjoying E3 but oh yes here’s one more thing,” moment.

Platinum Games (yes, the ones that did Bayonetta) is partnering with just about everyone who was involved in the original Nier (including the guy that wrote the soundtrack and director, Yoko Taro), to make a new Nier game.

Of course we know almost nothing about this new Nier. As you can see in the trailer below, it’s literally a series of concept arts, and then a brief animation of a new female character with a very nice sword. That’s it. No release date, no release window, no in-game screenshots. And yet on the strength of the names involved I know this is going to be one of the best things that the PlayStation 4 will ever see grace it.

After critics panned Nier and Drakengard 3, they have a third chance to finally look at a Yoko Taro game properly. Or is a bit much to expect the typical game critic to be able to engage the game industry’s premiere avant garde artist on his level, rather than on a most superficial breakdown of graphics, music, gameplay?

Then again, Platinum know how to make games that break down well in terms of graphics, music, and gameplay too, so perhaps Yoko Taro has finally found himself a home where he can deliver his genius in a package palatable to the mass market?

Either way, I thought E3 was off to a good start with Unravel and Mirror’s Edge. I thought it wouldn’t get better than The Last Guardian. I was all ready to call Sony the “winner” of the show.

But Square Enix is back, in a big way. Nier 2 is the announcement of this show.

Enjoy the trailer. I certainly did.