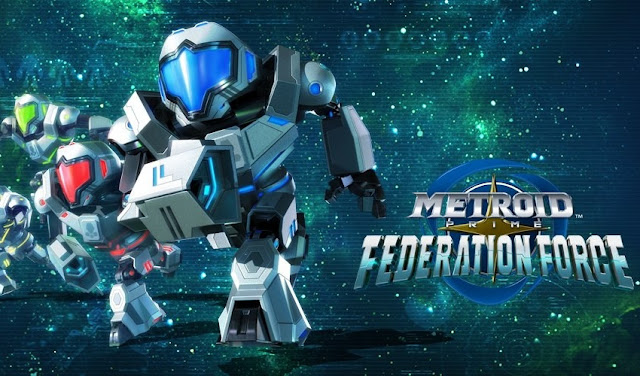 If anything can be said about this year’s E3, it’s that it plucked all sorts of games and franchises we haven’t seen in years and breathed new life into them. From Nier to Shenmue, there’s good reason to get excited about properties that have taken a bit of a breather. With that in mind, Nintendo fans have been clamouring for a new Metroid game since Metroid: Other M released on the Wii five years ago and now it’s time for the series to boot up again on the 3DS.

Nintendo’s latest entry in the Metroid Prime series is a bit of an odd fish, though. Rather than putting Samus back in the pilot’s seat for another classic exploration-heavy adventure, Next Level Games is passing the keys to the kingdom over to the Galactic Federation (the space marine group Samus has been heavily involved with in titles such as Metroid Fusion and Metroid Prime 3). Ms. Aran has yet to make any real appearance in this spin-off and it’s likely she’ll be little more than a footnote in the game’s story if this trailer and the concept as a whole are anything to go by.

Instead, Metroid Prime: Federation Force will task players will controlling various soldiers and tackling Metroid creatures through team-based co-op combat. Up to four players work together for cooperative action. The game will also include Metroid Prime: Blast Ball, which we reported before E3 even began. In that mode, players will compete against one another in teams of three in a more sport-like affair.

Take a gander at the trailer below to see how it all operates:

As far as the fan reaction goes, well, the YouTube ratings bar speaks volumes about this not being Nintendo’s big crowd-pleaser of the year. As of this writing there are 1,494 likes versus 15,107 dislikes and I wouldn’t be surprised to see Nintendo remove that gauge as it has done in the past. That said, time will tell whether this is just a gut reaction and who knows, maybe this emphasis on the Galactic Federation is a way of easing us into Metroid 5 and the much-speculated storyline of Samus being on the run.

Probably not, but the game is based in the acclaimed Prime series so one reckons there will be a certain quality standard to uphold even if this isn’t the Metroid game everyone envisioned.