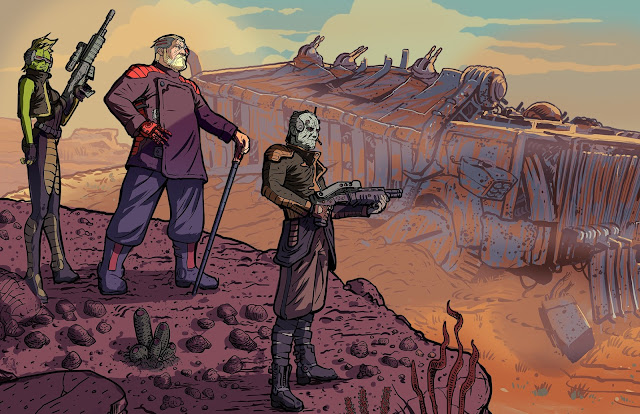 Of course, in between all the blockbuster stuff, E3 also brings with it all kinds of indie goodness, and Skyshine’s Bedlam is an leading an early charge yet.

Basically if you’re think of a roguelike crossed with a tactics strategy game like The Banner Saga, you’ve got Bedlam. There’s a trailer below, which offers a tiny bit of gameplay footage at the end, and just enough to have us very, very excited indeed.

Oh, and there’s a dash of Mad Max in there, and, of course, that’s just cool.

Indie developer Skyshine Games have released the official E3 trailer for their rogue-like turn based strategy game Skyshine’s Bedlam. The trailer, which debuts never seen before gameplay footage of the game’s brutal combat mechanics, give’s gamers a good sense of the story and what’s in store for them as they embark on their journey into Bedlam!

It’s apparently going to be playable at E3, so fingers crossed some inquisitive journalists go and have a look at it. Otherwise, we’re looking forward to going hands on closer to the release date.

Let’s have a serious discussion about violence in games