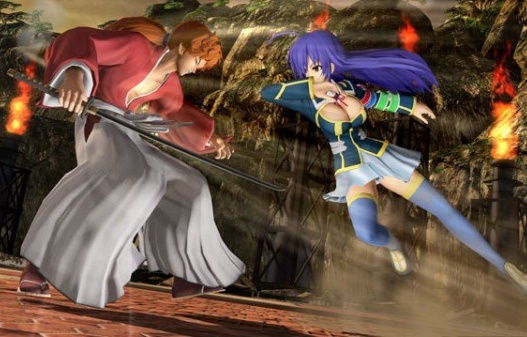 J-stars Victory Vs+ is a game that we didn’t really think would make its way out west, because it involves characters from a lot of different anime and manga licenses, and in the west this means that a lot of different rights holders needed to sign off on it.

And yet Namco Bandai managed to get all the relevant permissions, and now we have the ultimate of all character brawlers imminent for release. Though the game is out very soon, Namco Bandai still took a new trailer to E3, and after watching it, you’ll know everything you need to know about the game.

Imagine Smash Bros. but instead of Nintendo characters fighting over a 2D plain, you’ve got characters from everything from Fist of the North Star to Bleach, Rurouni Kenshin to One Piece, battling over a 3D battlefield. It sounds silly, right? Well, sure, but that’s the fun of it.

There are plenty of over the top moves and energy, of course, and the game looks simple, and clean. It might not end up being a game of the year, but J-stars Victory is the very definition of fan service, and we see it easily building up a committed fan base once it launches.

Trailer: Beyond Eyes almost makes me want an Xbox One