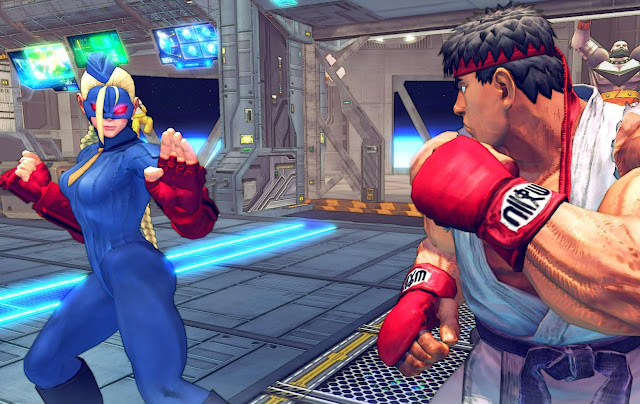 It was all the way back in 2009 when the first iteration of Street Fighter IV was released. Six years later, Capcom is still releasing new editions of it, this time bringing Ultra Street Fighter IV to the PS4. And people complain about Dead or Alive’s 5 regular re-releases…

I’ve never been against the multiple releases of Street Fighter IV. For casual players, it might seem like a cash grab. A few new characters, one to two stages (which lets be honest, you’re not playing Street Fighter for stages), and then some balancing doesn’t sound like much. But Street Fighter is more than a causal game. It’s huge in the eSports scene. The Capcom Pro Tour has a total prize pool of $500,000, so having a game that is constantly updated to fixed balancing issues is required to keep it competitive enough for professionals. Sure, these updates could be free, but I don’t disagree with adding a price tag considering that people do actually work to make those additions happen.

Street Fighter has been a mainstay in the arcade fighting genre, and now that it is over 25 years old, the series has found its feet and isn’t going to change significantly from past iterations. For anyone who hasn’t played a game of Street Fighter before, two players battle it out on a 2D plane, trying to better the opponents health down to zero. Each character has a light, medium and heavy variation of a punch and kick, with numerous combos coming from a mix of control stick movements and button combinations. Additionally, each of the 44 characters playable have their own special moves, known as Ultra moves, which can be activated after they have sustained significant damage from the opposing player, and these can flip the momentum of the battle in a heartbeat. 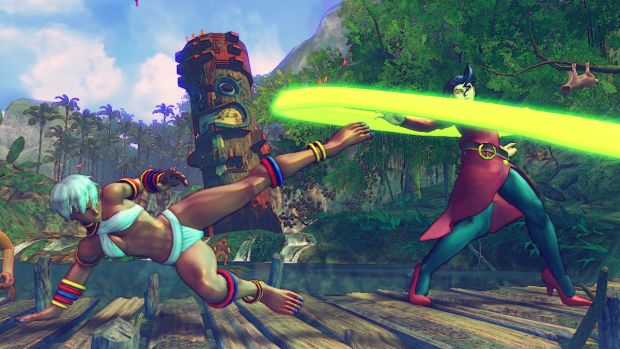 That all being said, I do get the impression that Capcom has released Ultra Street Fighter IV on the PS4 solely for the fact that its numeric sequel, Street Fighter V, isn’t coming out until next year. Considering that most players who have stuck with Street Fighter IV since 2009, I’m guessing that Capcom have directed this version at people who either haven’t played the game at all, or badly want to have it on their shiny new PlayStation 4s. But unlike, say, Dead or Alive 5, it hasn’t been updated much, and is a fairly straightforward port.

The first time you load up the menu, it doesn’t seem that daunting; you’ll be presented with Arcade, Online, and Practice modes. These are staples in the fighting game genre. Then you open up the character select screen and you’re petrified. 44 characters is a lot of grasp on your first venture into this combo-heavy fighting game. Luckily Capcom has implemented a great Trial mode that helps new plays understand how each character plays and the combos that they can produce. You will need to go here first to get a feel for your favourite character if you are new to it all.

Each character has 20 different trails, with the first few focusing on nailing the iconic moves such as Ryu’s Hadouken and the special moves, where the latter focus on chaining together a combination of punches, kicks and specials. Most of the challenge comes from remembering the combinations that each character has, as aside from some moves that are repeated, nearly every character has their own largely unique button combinations. 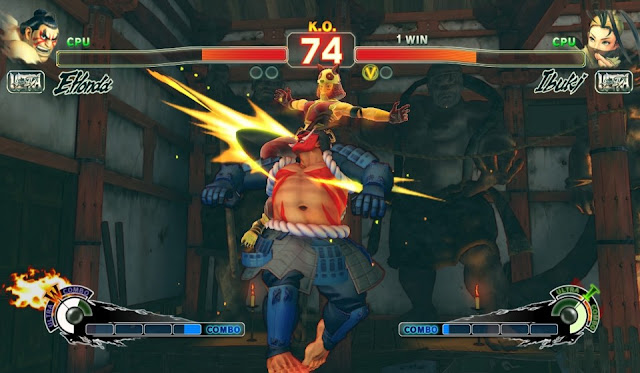 So now that you have your character, let’s start seeing how they work against an opponent. You have two options here, you can call a friend over, and practice beating up each other, or head into the arcade where you can fight 10 rounds against the CPU. But as a warning, the Arcade mode is hard unless you know what you’re doing. I would like to think that I had gotten a somewhat decent understanding of how Cammy played over the years, but the moment I hit stage three on Medium I was a goner. And this is when I learnt that Street Fighter is like a game of chess. What moves and attacks you make are nearly all dependant on what your opponent is doing. If button mashing is your opponent’s game, you’ll need to wait until you can counter and launch into a combo of your own. If the opponent is getting too close for comfort, you’ll want to use some special moves to create space between the two fighters. Yet, this psychological fighting game that we see when two players square off against one another is completely lost in the CPU. And so Street Fighter is at its best when you’re playing someone else.

So if you don’t have anyone to play, there is an online mode. You can play with anyone around the world… at least in theory. As far as I could tell while playing this for review, nobody is playing. And that’s the biggest problem Street Fighter has on the PS4. Nearly everyone who wanted to play Ultra Street Fighter IV has had the opportunity to for over a year. People have had over five years to play Super Street Fighter IV, and six to play the original. And so why would people go to a game that is many years old with next-to-no players online, when they could get a fighting game that is modern and has an active community, like Mortal Kombat X or Dead or Alive 5? The PlayStation 4 isn’t lacking for fighting games, so the decision to release Ultra Street Fighter IV again, when a brand new instalment is coming next year, is baffling.

In my playtime, I had no experiences of the crashes or glitches that have been reported about this version, but it’s worth noting that they are apparently there, even after a recent patch that was meant to improve things. However, the only indication that you are playing a PS4 game is the inclusion of a graphic that displays the touch pad as a button. The title screen even displays a command to “Press Start”, which is a problem when there is no start button on the PS4 controller. That’s not to suggest that even the most new of players won’t be able to figure out which button has replaced the “start button,” but it does go to show just how lazy this port has been. 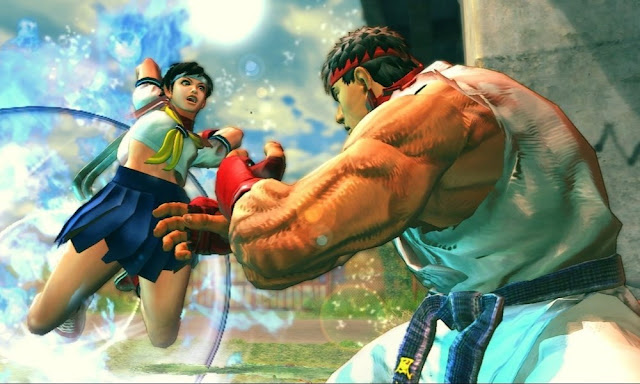 These complaints might seem petty, but Capcom have copied and pasted a game from one system to another, and done so knowing that people really will shell out for this on the basis that it is a Street Fighter game. There’s something quite mesmerising as to how such complexity can be played out almost effortlessly by people who practice enough at the game to get good at it, but, frankly, everyone is better off waiting for next year’s Street Fighter V.

Suikoden III makes its way to the PlayStation Network