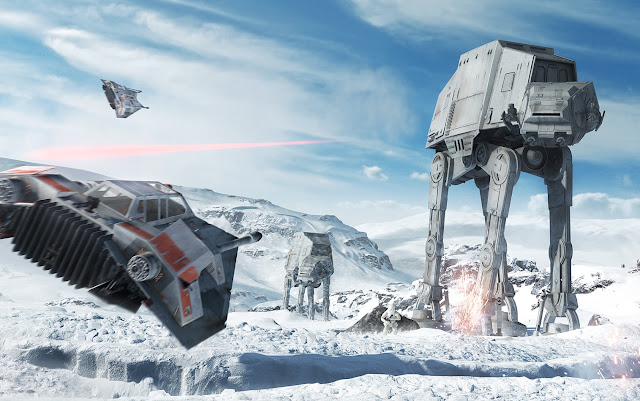 It’s been teased about for a very long time, but thanks to EA and Sony, we’ve been given the first glimpse into the gameplay of Star Wars Battlefront.

Developer DICE has taken every liberty to making Star Wars Battlefront as authentic as possible. Permission was given to their designers to the Star Wars archives, to replicate every elect of the film franchises as closely as possible in the game.

The two gameplay trailers previewed today at E3 includes a multiplayer skirmish on the ice planet Hoth, and a co-op player survival mode on the sandy plains of Tatooine. The Battle on Hoth included the iconic pictures of a Snowspeeder using its tow cable to take down an AT-AT, ending in the lightsaber duel between Luke Skywalker and Darth Vader. The Tatooine mission led players through waves of Stormtroopers and AT-STs, under the guidance of Admiral Akbar.

In addition to the Survival Missions, Trial Missions, Battle Missions, and Hero Battles all feature as well. All modes can be played offline solo with the AI filling in for human players, split screen, or online.

Star Wars Battlefront is scheduled to be released on 17 November 2015. It will be available on PS4, Xbox One and PC.

Check out the trailers below!