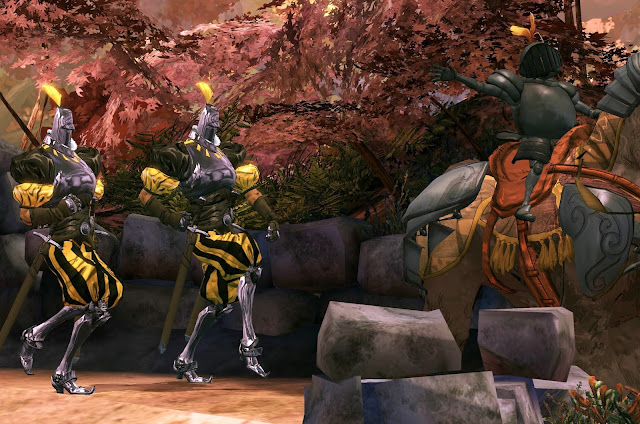 In development by The Odd Gentlemen, King’s Quest: A Knight To Remember is promising to be everything you remember (and loved) about the point-and-click original franchise. Updated visuals aside, this new game will be a five-part episodic series, with the first episode to be released in July. It will be funny, silly, and clever, as all good King’s Quest games should be.

The newest gameplay trailer from King’s Quest teases how this new chapter of a timeless saga begins. As an aging King Graham reflects on a life of heroism with his granddaughter, Gwendolyn, King’s Quest transports players back to experience firsthand the untold tales that shaped a kingdom. King’s Quest: A Knight to Remember unfolds on a young Graham’s first day in the land of Daventry, as he contends with other knights, a fire-breathing dragon and his own boundless enthusiasm to fulfill his destiny of earning a position in King Edward’s court.

In addition, the trailer showcases new dialogue from King’s Quest recently revealed vocal cast, including Christopher Lloyd as an old King Graham, Josh Keaton as a young Graham, Maggie Elizabeth Jones as Gwendolyn, and Zelda Williams as Amaya the Blacksmith. For a closer look at how these actors have brought their characters to life, check out Sierra’s recent behind-the-scenes video inside the recording studio:

And the trailer itself is below!

It is so good to see traditional point-and-click adventure games making a real return. When even Activision itself is showing the genre the respect it deserves not to mess with it (too much…), you know that there’s a real respect in the industry for the genre… and indeed the people who grew up loving these games.

What do you think of the trailer? Is this game on your agenda? Let us know in the comments!