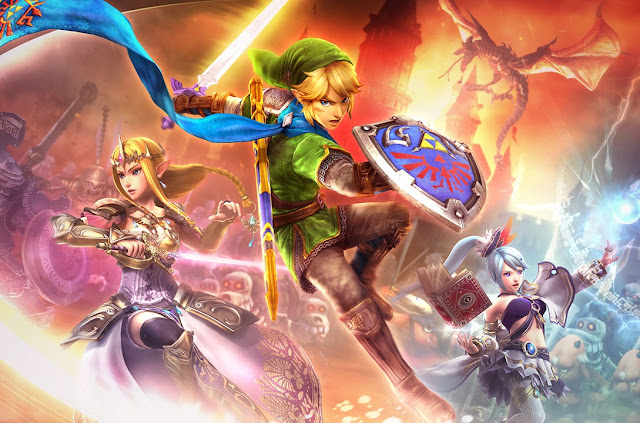 Looks like someone at Koei Tecmo made a mistake and hit the “publish” button on a trailer too soon; eagle-eyed people of the Internet noticed a trailer for a Hyrule Warriors on Nintendo 3DS title.

Related reading: Our review of Hyrule Warriors on the Nintendo Wii U.

The video has since been pulled and it looks like it was meant to be announced at E3, but before that happened people watched the video and were able to spot a number of interesting things. One of the perhaps most interesting is a sign that we might be getting some new characters in the 3DS version of Hyrule Warriors, and one of those might just be a female Link. According to this report and video, there’s a crossbow in the trailer that is a dead ringer to a character concept design for a female Link.

If that’s the case we would be very happy indeed, because we’ve been asking for a female Link for quite some time. Just as long as Nintendo and Koei Tecmo don’t feel the name to rename her to “Linkette” or “Linkle” as is rumoured. Link’s a made up name, it can be gender neutral, no problem.

That digression aside Hyrule Warriors on the 3DS will be great. It’ll be a downgrade – especially since the game doesn’t seem to be exclusive to the more powerful New Nintendo 3DS – but as we saw with Samurai Warriors Chronicles on the 3DS, a downgrade doesn’t necessarily mean “bad.”

Related reading: It’s not surprising that Hyrule Warriors is coming to 3DS, as it was a sales success on Wii U.

I’m sure the video will be back up once Koei Tecmo and Nintendo “formally” announce the game at E3.