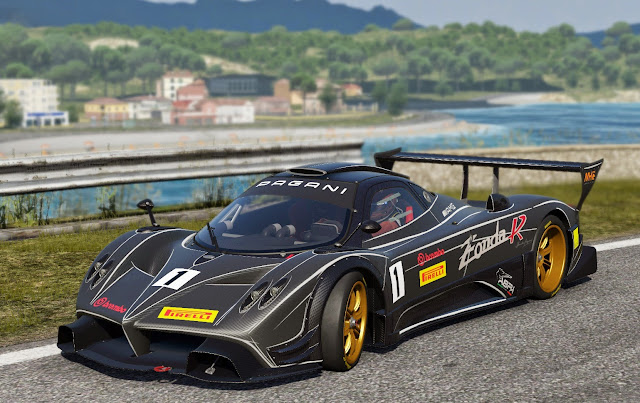 People once commented on BioWare’s uncanny streak for creating one great game after another, stating (as quoted on one website) “you know, some of us used to joke around about good companies like BioWare, saying that they could basically poop on the carpet, take video of it, encode it onto a disk and it would still be good”.

Related reading: For a second opinion, you can also check out our review of the PlayStation 4 version.

Turns out the Canadian developer isn’t the only one who meets the definition of the so-called ‘perfect game developer’. London-based Slightly Mad Studios has more than proven its own mantle as a specialist known for creating classic racing games – even if its repertoire so far consists of just six games. Founded in 2008 by Ian Bell as a successor to Blimey! Studios (another excellent racing-centric developer; now defunct), Slightly Mad Studios made its debut with Need for Speed: Shift… and hasn’t looked back from those lofty highs since. Its latest offering, Project CARS, continues that trend as the most attractive simulation racing game available.

Project CARS (or Community Aided Racing Simulator) is not, what the videos and screenshots may suggest, the art of simulation in racing games taken to the extreme; but rather structured in such a way that both the uninitiated and interested will find it approachable and enjoyable to play. Indeed, CARS has an easy-to-understand interface, nice little touches here and there, and one gorgeous, tight production that rivals the likes of Colin McRae Dirt series and the best Forza games. 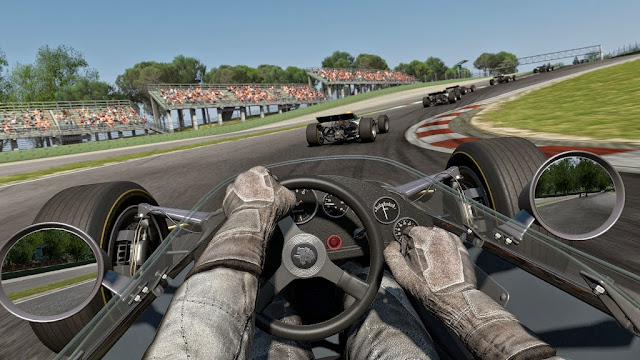 Besides the usual features apropos of a typical racer, CARS also has an online 24 hours Le Mans race that takes place in real time. That’s right, once you and a couple of friends dive into this masochistic feature, you will be able to experience the true spirit of endurance racing right in your living room. I can already see the 24 hour Le Mans race being used as bragging rights by the more bravest of players. The tracks are lovingly recreated in pixel form, right down to the last environmental detail. Even on lower settings, everything looks lush and jaw-dropping, especially the Willow Springs track, which looks like a slice of desert paradise.

And the cars? Who would’ve thought the beautifully rendered car models would be more fun to watch in action than Megan Fox or Anne Hathaway. In fact, if I had to choose between my all-time favorite vehicle from the line-up Mitsubishi Lancer Evo X FQ400 and those Hollywood starlets, I would without hesitation select the former and ride off into the sunset; for so resplendent and uber-sexy it is in production. The painstaking attention to detail is noteworthy, as is the audio. It’s not often a racing game excels both in the audio and visual department, but Project CARS does precisely that. The sound of Pagani Zonda R’s engine in particular stands out for being the most impressive from the bunch. I once saw it in action in a Dubai motorshow back in 2007 and I can totally vouch for the level of realism going on here. One more thing I want to mention before I forget: heed my warning and do not select this car if you’re home alone or playing it at night. The engine sounds like an angry roar of a hybrid of a feral child and a banshee. Trust me, it will be the most scariest audio you will ever hear from a video game.

From a gameplay perspective, Project CARS hardly brings anything new to the table in terms of content and customisation. The depth of customisation is something new for the console audience, but there are many other games on PC that already do what this one does. Sure, the handling, grip and acceleration of each vehicle is robust; sure, you can tweak your car with hundreds of settings before setting it loose on the tarmac; sure, you can fine-tune the track’s “English” to better suit your playing style. But this is precisely what dozens of other racers achieve, more or less. With the exception of the 24 hour Le Mans, I do wish Slightly Mad Studios had inserted some truly unique selling point to the game, because Project CARS had all the potential to stand out from the crowd. In fact, it is smack-dab in the middle of it. Loud, fashionable and drop-dead gorgeous it may be, but still a part of the crowd, I’m afraid. 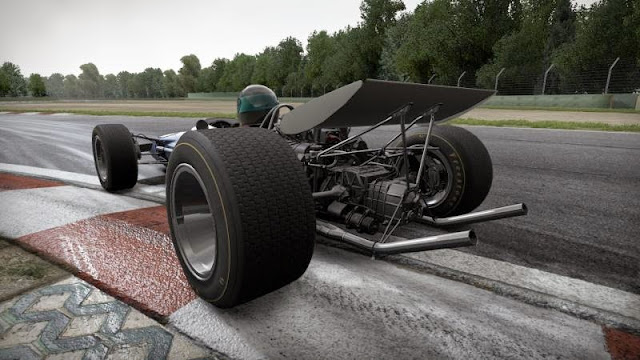 Notwithstanding any faults, Project CARS is amongst those racers that impresses more than it disappoints. The clear love that has gone behind the creation of this game is tangible, and it is most felt in the game’s most beautiful of moments – such as when ripping the Mitsubishi Lancer EVO X FQ400 on the sprawling deserts of Willow Springs, USA. Very few racers allow you to connect to the track (and vice versa) and simply drink the atmosphere in.