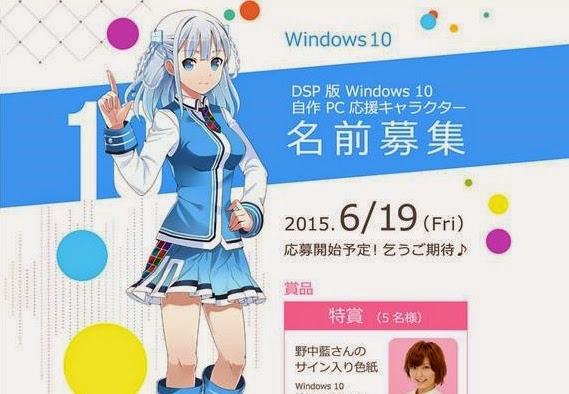 Just when you think tech news can’t get weirder…

Everyone who reads Digitally Downloaded knows of Hatsune Miku, right? The anime girl creation of Crypton that was designed to sell vocaloid software has become such a popular character in her own right that Crypton has even developed special screen technology to allow her to perform live concerts. The character has become so successful that now Hatsune Miku has even opened Lady Gaga concerts.

So what has Microsoft in Japan done? Look at the success of Hatsune Miku and said to themselves “we’ve got to get in on that action, dudes!”

And so I present to you all Windows 10 girl. That’s not going to be her “real” name, of course; Microsoft is currently in the process of asking fans to name her, but the key point here is Microsoft is gunning for the waifu audience with its new operating system. 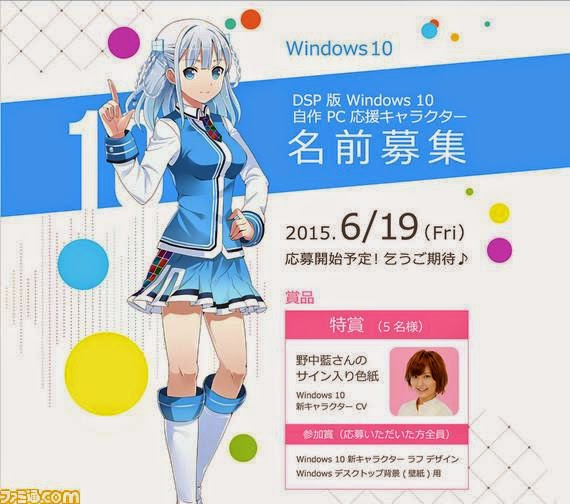 And while she doesn’t have a name yet, she has a story; this girl is a 17-year old lass that comes from 100 years in the future. She’s travelled back in time, apparently to convince us all how important Windows 10 is for the development of the human species.

She’s also related to the Windows 7 and 8 characters, so it’s not like this is Microsoft’s first crack at the waifu character sales pitch. Those characters weren’t exactly mega hits in Japan, but who knows, perhaps Windows 10 will be funky enough to plaster her all over Akihabara as Microsoft would apparently like to do. It’s not a small investment, either. She’s got a voice actor in Ai Nonaka, a reasonably famous voice actor who has worked on popular stuff like One Piece, Dynasty Warriors 8, and Toukiden.

As weird as this all is I would just love to see Microsoft take this character global. Imagine sticking her all over those Xbox One console boxes while the company is trying to flog Halo 5 on consumers. It would be beautiful.

On Life is Strange: Episode 3: It’s all about the characters