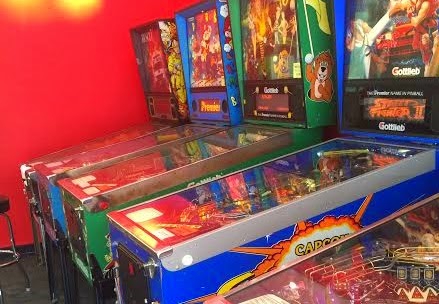 I played pinball all weekend last weekend. It was a spectacular waste of time, but completely reinvigorated my love for gaming, amazingly enough.
It’s actually funny how long it has been since I’ve played pinball for any real length of time on a real pinball machine. I’m a real, genuine fan of pinball. I have almost all of the Zen Pinball 2 tables on my PlayStation 4, and as a couple of the DDNet team can attest, I have some pretty good scores on those. I don’t have as much time as I might like for the tables, but it’s one of my favourite ways to unwind when I just want to shut the world out and gun after some high scores. Other people have retro platformers, or arcade games like Space Invaders or Pac-Man. But for me it has always been pinball as my main retro poison.
But it had been a long time since I had played on a real pinball machine, since they have all but disappeared from Australian culture. But this weekend, I played on real pinball machines again for the first time in years, in an odd little pop-up pinball arcade that had recently set up as a way of kickstarting a new business (more on that in a later article this week). And we’re not just talking modern ones either, like that Wizard of Oz one that is proving so popular with pinball addicts around the world. I’m talking machines 10, 20 years ago, and even some that came before even the era of digital displays – the old Bally and Gottlieb machines that didn’t have much more to them than bumpers and a nasty ability to make you lose your ball without doing anything. 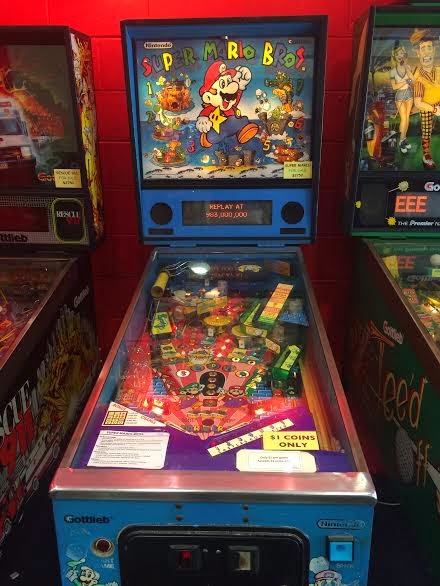 And then I discovered tables I’d never played before from the 80s and 90s, like a classic SEGA Goldeneye 007 table and – a real find, this – a Super Mario Bros. table from Gottlieb. Lovingly restored and maintained, these tables were a treasure trove of nostalgia for something I haven’t played for 15 or more years, and I ended up spending more money than I should and more time than I had planned to in this particular arcade (and set a pretty awesome top score on the Super Mario Bros. table. What a design that one is).
And then something happened when I got home. I found myself turning on my PlayStation 4 and looking up The Pinball Arcade. Much like Zen Pinball 2, that “game” is a platform from which there are dozens and dozens of pinball tables to play on, but where Zen Pinball 2 was all about original creations, The Pinball Arcade is more interested in spot-on recreations of real pinball tables.
For whatever reason I had largely skipped over The Pinball Arcade (perhaps because there are so many great Zen Pinball tables), and with it all being “new” to me, I ended up spending an entire day playing on those as well, and spending a fortune on the dozens of tables that are now available on it. Because I had played the physical version of some of the real tables, now I could appreciate the digital recreations of them so much more (though sadly there’s no recreation of the Super Mario Bros. table yet, and I bet the developers of The Pinball Arcade aren’t able to pick up the rights to that one – sad face). And, while they’re not the complex experiences that have been crammed into the Zen Pinball 2 tables (which often feature elements that would be impossible on real tables), suddenly the retro style of them became plain cool to me. 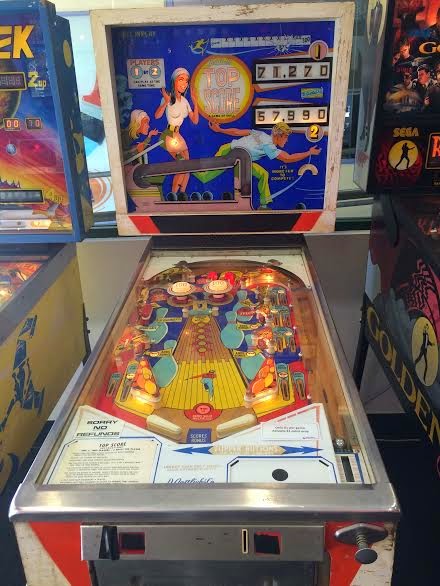 And then I found myself researching the price of actual pinball tables. The Super Mario Bros. one can be had in full working condition for under $3,000, and that’s when I realised that for pinball fans, there’s a real opportunity to turn collecting tables into a hobby. It’s expensive, sure, but not impossibly so, and certainly there are more expensive and less productive hobbies out there than collecting, restoring, and perhaps even trading in vintage pinball machines.
Years ago, I apparently reviewed The Pinball Arcade on the PlayStation Vita, though for the life of me I can’t actually remember playing it back then – it was incredibly eerie to re-read something I can’t remember writing, I can assure you. I wasn’t as positive on the game back then, but having spent real, significant time with pinball machines for the first time since my childhood, I’ve got to go back and completely disagree with my original review, and that’s not something I do often. Perhaps The Pinball Arcade was more limited at the time, or perhaps the games simply play better on the big screen TV, but I love it so much more now, and in some ways even more than Zen Pinball 2. The library of machines has grown and there are tables in there that had such limited runs that as few as ten real machines exist in the world, and while the presentation isn’t as slick as in Zen Pinball, the weight of history behind the machines, and how authentically they play compared to real-world pinball physics, make the title something I would recommend much more now to real pinball fans than I did back then.
Now, if you’ll excuse me, I’m going back to figuring out how to acquire myself a Super Mario Bros. pinball machine. If anyone truly loves Digitally Downloaded and all the hard work I do for you all and would like to buy me a present, you know what would make me love you all now.
(Just joking, I love all the DDNet readers even if they don’t buy me a pinball machine, but I wouldn’t say no either ;-)).
– Matt S.
Editor-in-Chief
Find me on Twitter: @digitallydownld
Share this

On Life is Strange: Episode 3: It’s all about the characters