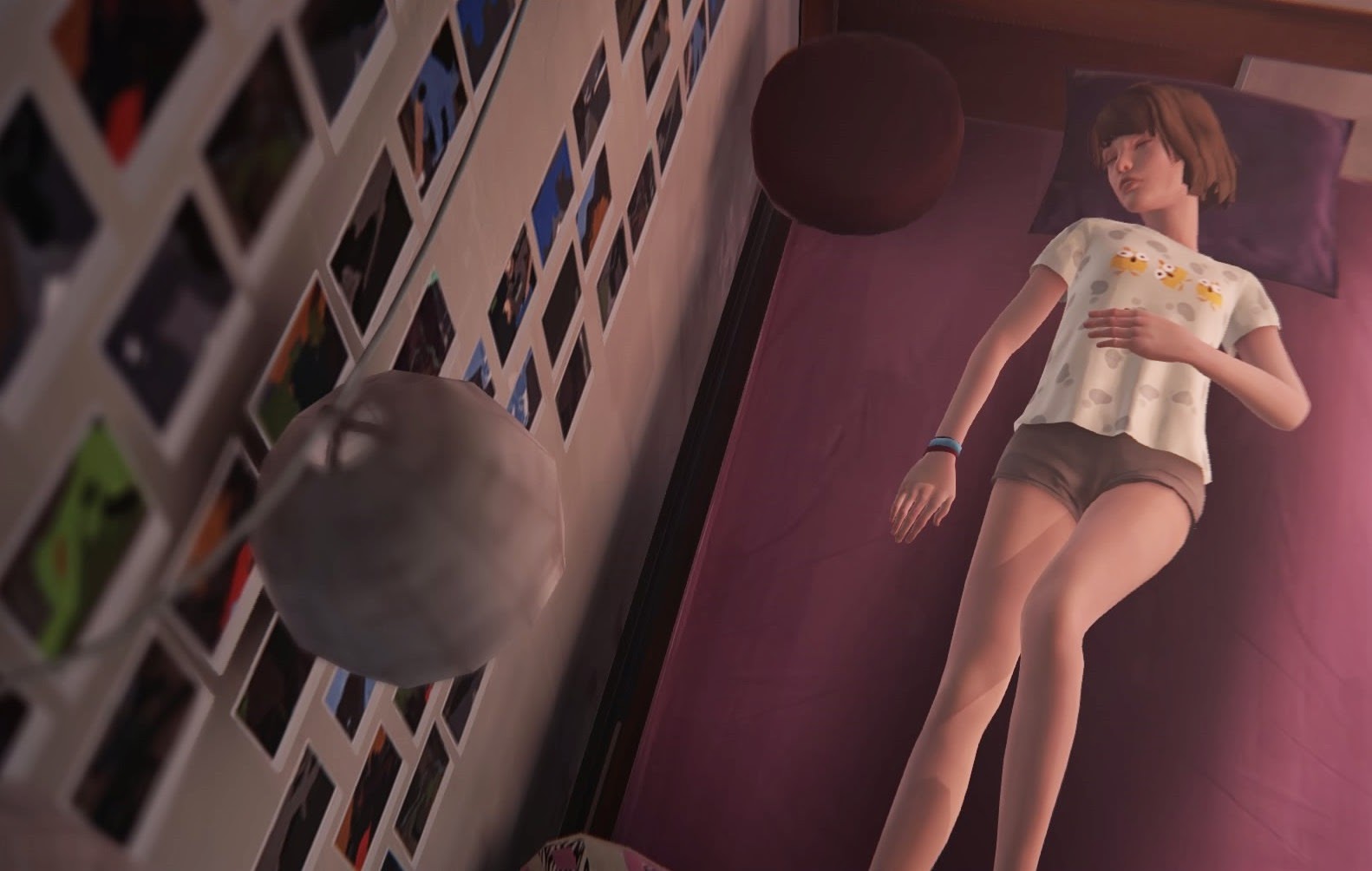 After reviewing the first episode of Life is Strange, I’ve decided not to write another formal review of the episodic series until it’s complete. There’s very little new I can say about the game’s qualities until I’ve seen how the narrative threads come together (try reviewing each chapter of a book independently of one another and you’ll understand what I’m on about here). What I will do with each new episode, however, is touch on some thoughts I have about the game as I go along.

Related reading: You can read my review of the first episode of the game here.

Note: There are minor spoilers below. I don’t mention anything that will ruin the narrative completely, but you can’t talk about a narrative game without talking about the narrative. If you don’t want to have some things spoiled, then don’t read this until you’ve played the game.

The first thing I do want to mention is that Life is Strange is at its best when it isn’t trying to be a game. In this episode there’s an extended sequence where you need to hunt down bottles in a junk yard, Maxine (Max) makes a lightly self-referential joke about needles in haystacks, but no one’s laughing about the reality of that. That sequence breaks the flow of the game completely and is boringly mundane. I recommend you use a YouTube video to fly through that sequence. 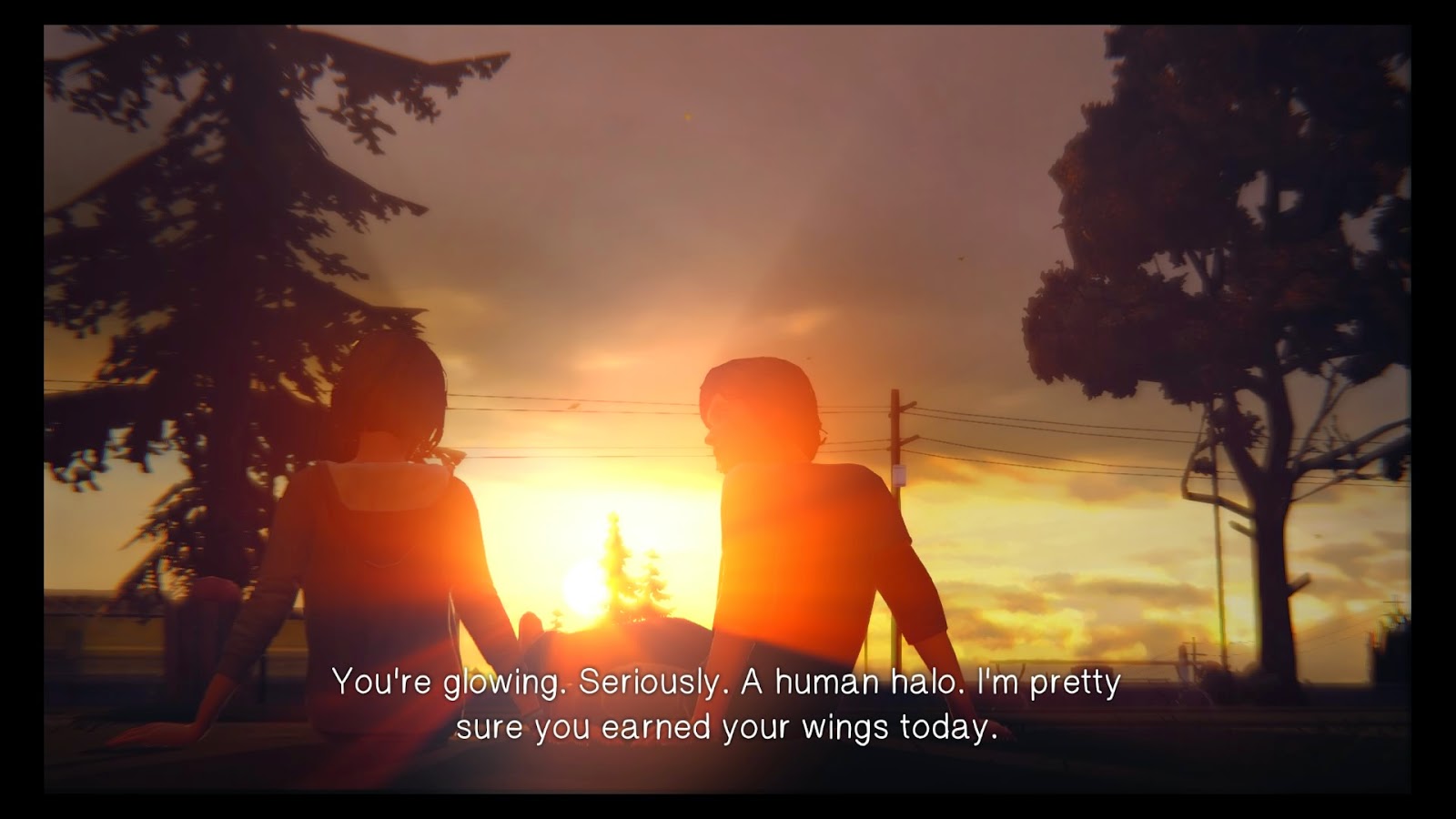 That aside, the storytelling is gripping, powerful stuff, and where I was asked to make decisions, I often found myself putting down the controller and walking away so I could think on what to do next. The developers have done a great job with giving a sense of consequence to the decisions that you do make, while at the same time reminding you that there are no wrong answers – every decision has a consequence to both Max and the people around her (although not every decision has an immediate consequence, and we’re going to have to wait until future episodes to see those play out), and the question is whether you can handle the consequences of your decisions.

And there was one particular sequence in the game that made me start to question everything. One thing that could well be nothing more than an Easter Egg in the end was so brilliantly placed that I wonder just how much I understand about how the plot is playing out.

To explain: Max has a friend, Warren. Warren has a crush on the girl – one of those awkward, uncomfortable teen boy crushes on a teen girl. He’s also a bit of a loser and from the start I had decided that if a later episode would let Max turn him down, I would take it, but for all that he seemed like a harmless enough fellow. 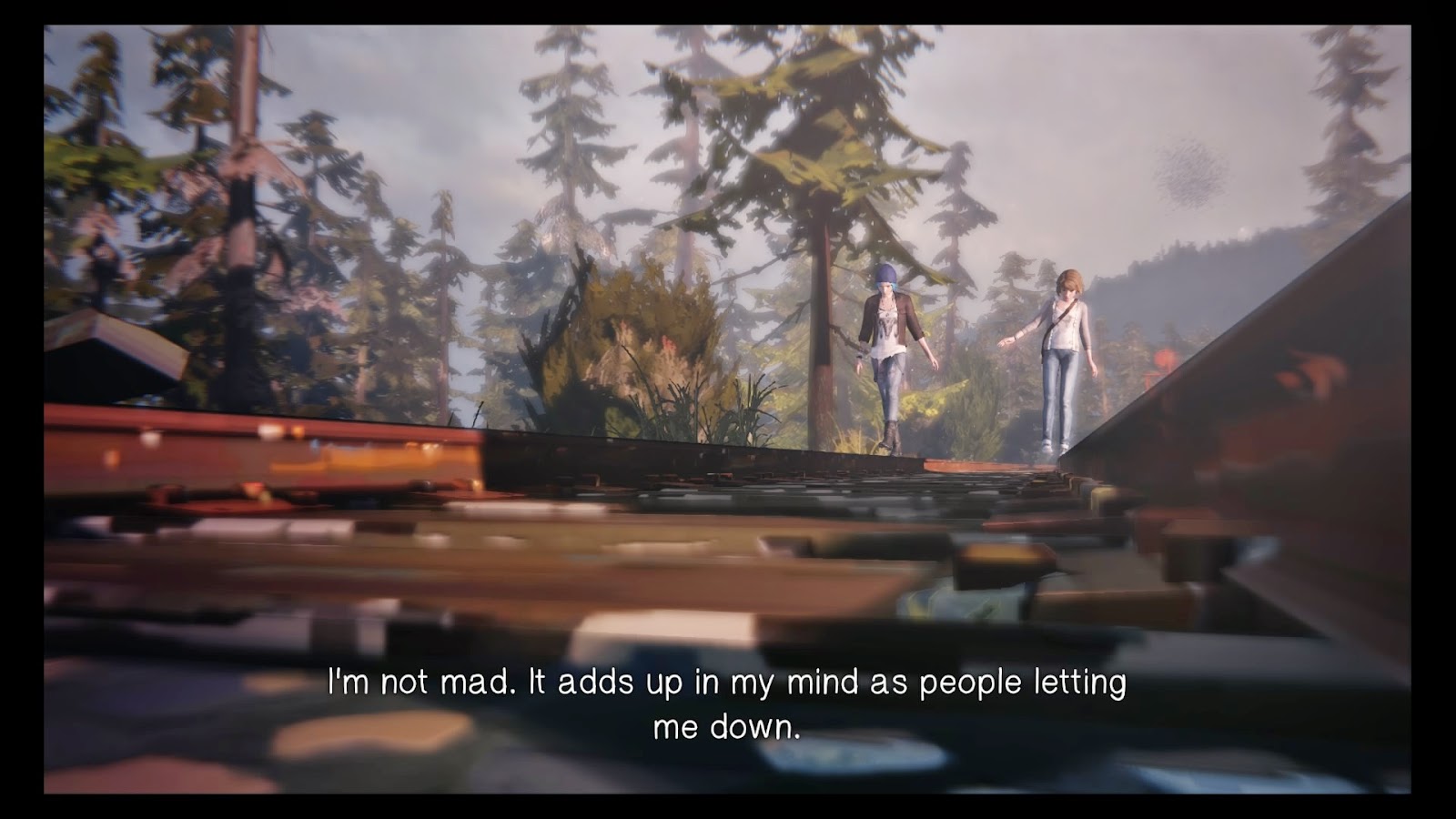 But then at the start of Episode 2 Max wakes to the day in her dormitory bedroom, as you would expect, getting ready for the day. But, if you turn the game’s camera to look out of the window, there is Warren peaking around the corner, watching her from behind a bush like the creepiest of stalkers would. It’s a blink-and-you’ll-miss-it deal, and in fact I missed it when I played through the game. In my game, Max got dressed, left the dormitory, and was surprised to see Warren casually browsing his mobile phone outside, saying he was running an errand (or was that meeting someone, I can’t remember). He invites Max to a movie, which I, in my naivety for having missed that stalker bit, accepted, thinking little of Warren’s presence because it fitted with the narrative well enough and seemed like he had a purpose for being there.

It was only after seeing the screenshot on Destructoid that I realised I might have just made a bad mistake for Max. They haven’t been to the movies yet – that happens in a future episode, I suppose – but I’m dreading that scene now.

And this revelation has started me wondering what else I might have been missing that could have contextualised some of the decisions I’ve been making. It’s a clear sign of a game narrative that has been well crafted, when it is so subtle in its implementation that each player working through the game is going to have a different experience of the same narrative. People who don’t see Warren being a stalker won’t yet think of him as a stalker (and may never do so, depending on how the future episodes play out). But people who do now what the guy’s up to might start to feel like he’s as much of a threat to Max as her more overt problems. 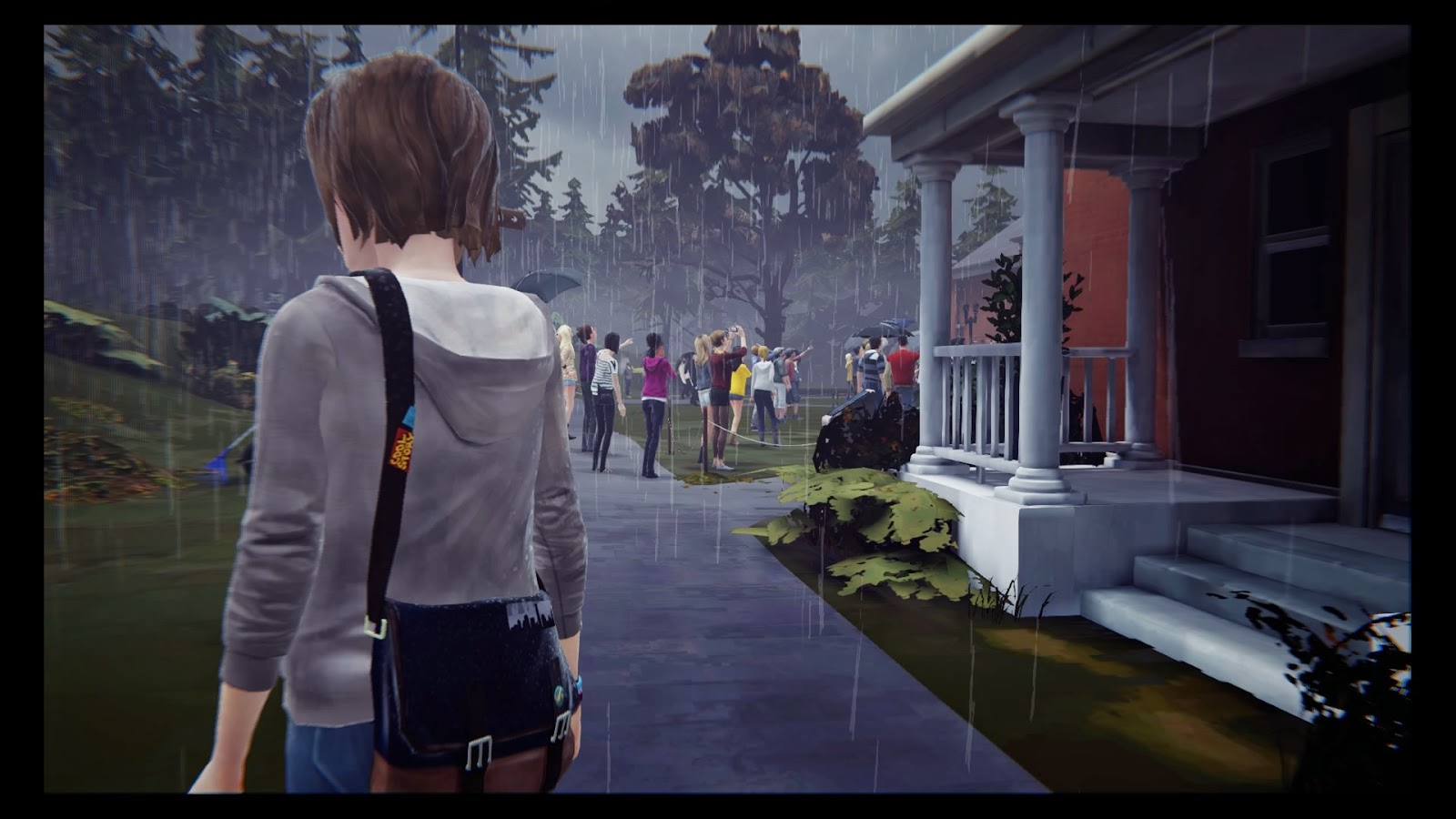 This is an approach to storytelling that has been lauded in film and literature for some time, but in games the expectation that a singular narrative should be spelled out in an obvious fashion for the player has held sway, and it’s good to see that the developer, Dontnod, is pushing that particular boundary.

That revelation – that I’m missing what looks like vital but deeply hidden insights into major characters has only reinforced the indecision about the choices in the game. The stakes are pretty high, too. I was left with the impression after the first episode that the story would follow through with a The Virgin Suicides kind of aesthetic and thematic approach to storytelling, and without giving away more than the obvious from the above comparison, the second episode reinforced that impression on me. This game is very much like the approach to teenage life that we saw in films or texts like The Virgin Suicides or Thirteen, without all the troubled emotion and grief attached.

It can be affecting, and I recommend anyone who has played the game and is left feeling distressed after playing the game to use the contacts below (for Australian and New Zealand residents; please find a related support group for those outside these countries). It’s handled with nuance and sensitivity from Dontnod, and I can’t imagine a more intense cliffhanger to leave players hanging on after this episode than what we got.

Life is Strange continues to be nothing short of brilliant, in other words.


If any of the themes of this game cause you concern or stress, please contact the organisations below:

Trailer: The live-action adaptation of Attack on Titan looks good