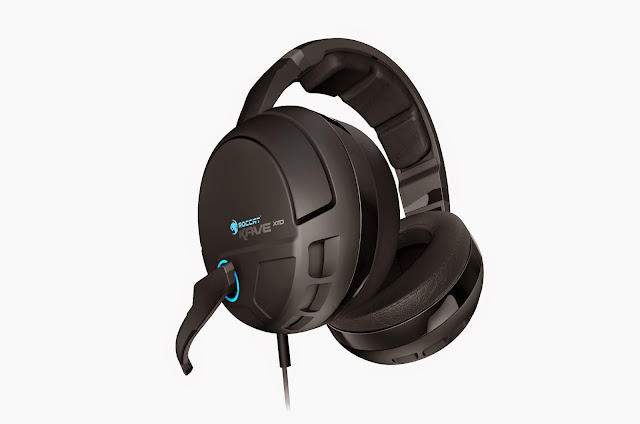 Roccat have always been known for throwing bells and whistles at its products, and the Kave XTD Analog is no exception. On paper, it’s a plug-and-play headset. In practice, it’s far more than that.

The Kave XTD is an evolution of one of Roccat’s long-standing designs, and it’s available in two versions. For most people, the USB model will be most convenient. This comes with its own soundcard, so you won’t need to unplug your speakers or whatnot before you use it. However, the Analog version – the one that we’re looking at today – works in conjunction with your existing soundcard. For best results, you’ll need a free set of 5.1-compatible audio jacks, together with a spare USB port for power. And then the fun can start.

As the name implies, the single most prominent feature of the Kave XTD Analog is its true 5.1 audio. Each earcup contains three separate drivers – two 40mm speakers and one 30mm vibrational unit – positioned at a 12-degree angle to your ear. Because the headset takes its signal direct from your soundcard, with no post-processing in between, you hear positional detail in exactly the way that the game-makers programmed it. It’s an impressive effect, adding an extra layer of information that might just give you the edge in your favourite first-person shooter. Conversely, if someone manages to sneak up behind you, you can be sure it’s your fault, not the headphones’. 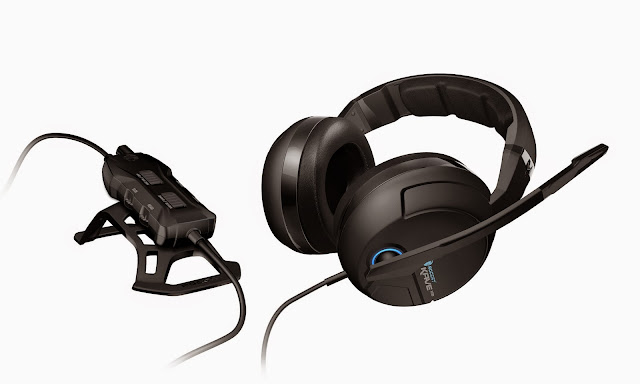 The Kave Analog’s sound quality is a little difficult to assess, as it’s so intimately tied up with your existing sound setup. However, it’s clear that the Kave is a competent performer, even when used with a basic onboard soundcard. The bass rumbles ominously, while midtones are clear and well-balanced. I’d perhaps prefer a little more clarity to the treble, and a slightly wider sound-stage overall, but I was still more than happy with the outcome. And, while the Kave seems to be tuned for game sounds, movies and music also turned in pleasing results.

The (enormous) in-line remote contains a few technologies worth mentioning. As well as a master volume control, the unit provides separate dials for each component of the surround sound, allowing you to tune the sonic environment to your liking. The remote also houses an interference isolator to cut down on electronic noise, together with the microphone’s mute switch. Finally, there’s a game/movie selector, although my ears couldn’t detect any difference between the two modes.

Like most headsets in this price range, the Kave’s removable, noise-cancelling microphone produced results which were better than average – but only just. Tests using Skype and Windows Voice Recorder gave distinct audio with a rich tone, but they lacked the cleanliness that you’d need for a podcast or voiceover. Again, you’ll probably get better results if you’re using a higher-spec soundcard. 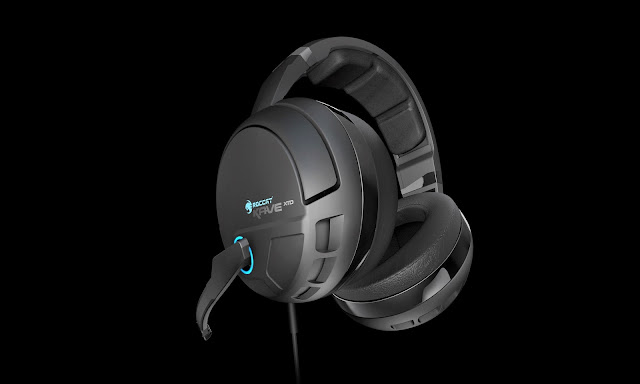 And so we come to the Kave XTD’s main weakness – comfort. Given the huge, oversized cans needed for those six speakers, Roccat are to be congratulated for bringing the weight of the headset in at a meagre 335g. To achieve this, the Kave features robust all-plastic construction which, by its very nature, is less flexible than old-fashioned bendy metal. However, that’s not the problem: the overly-firm ear padding is. During the first couple of hours of use, my glasses were pressed against my head tightly enough to cause actual pain. In fairness, the headset became significantly more comfortable as time went on – maybe something in the construction eased a little – so now I can wear it with minimal discomfort. However, I’d still advise you to try the fit before you buy, especially if you’re optically challenged.

The combination of so-so microphone and firm padding has cost the Roccat Kave XTD Analog a star, but it shouldn’t take away from the fact that this is an excellent mid-range headset. The positional audio is outstanding, and the sound quality is very good for the price. If you have the audio ports to spare – and particularly if you’re a FPS gamer who needs absolute tactical awareness – this is the headset to beat.