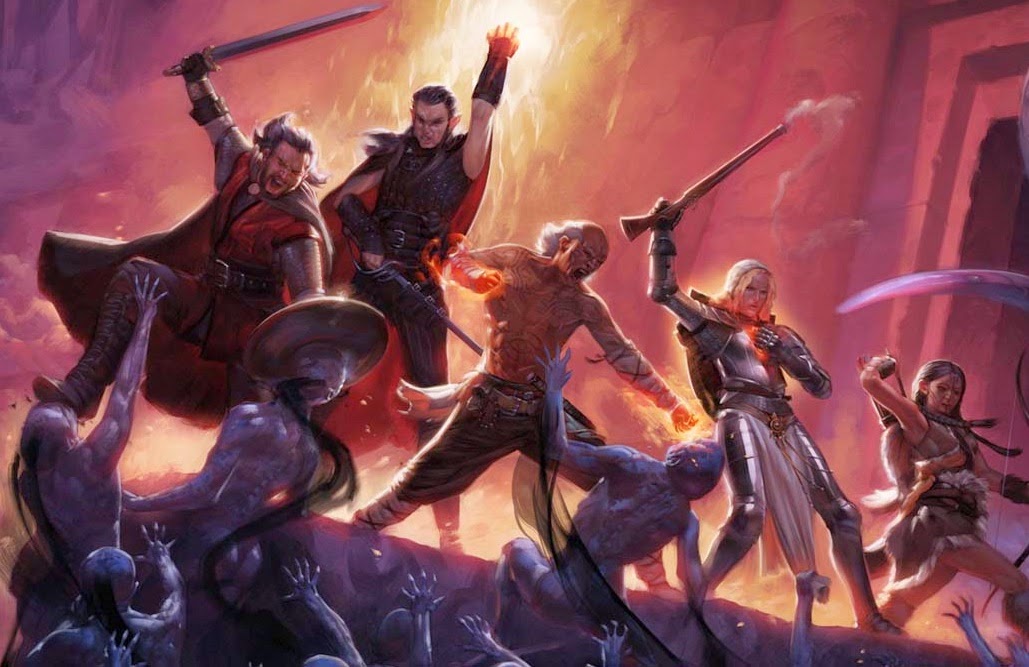 Deep character customisation, a sprawling world rich with lore and a well-written storyline are all important parts of what makes Pillars of Eternity such a success. This is no small feat as the development team attempted to rekindle the nostalgia of classic RPGs such as Baldur’s Gate and Planescape: Torment – kinds of games that have almost become a lost art in the modern world of hyper-speed combat and extreme linearity.

Pillars of Eternity made for a fascinating Kickstarter, because the idea the developer proposed was one that flew in the face of most modern RPGs. A lot of games have tried to rekindle the isometric RPG over the last several years, but most were met with mixed results, but the likes of Divinity: Original Sin last year showed that the genre had plenty of life left in it, so long as quality writing and a solid sense of player agency was still a part of the formula. With over 75,000 people backing the Pillars of Eternity Kickstarter, Obsidian Entertainment knew that it had an audience, and it was just a matter of whether or not it could deliver the game that the audience wanted.

Things start off simply enough as players are part of a caravan that can travel no further that evening. Through this sequence various characters are introduced, and the gameplay basics are carefully taught while the early signs of conflict are revealed; before long your characters go from looking for berries to spotting corpses that becomes a much more sprawling set of adventures. These journeys are punctuated by interesting characters, an excellent levelling system and a tonne of beautiful writing. There mature themes and multitude of story options and quests kept my quite glued to my PC for far too long night, after night. 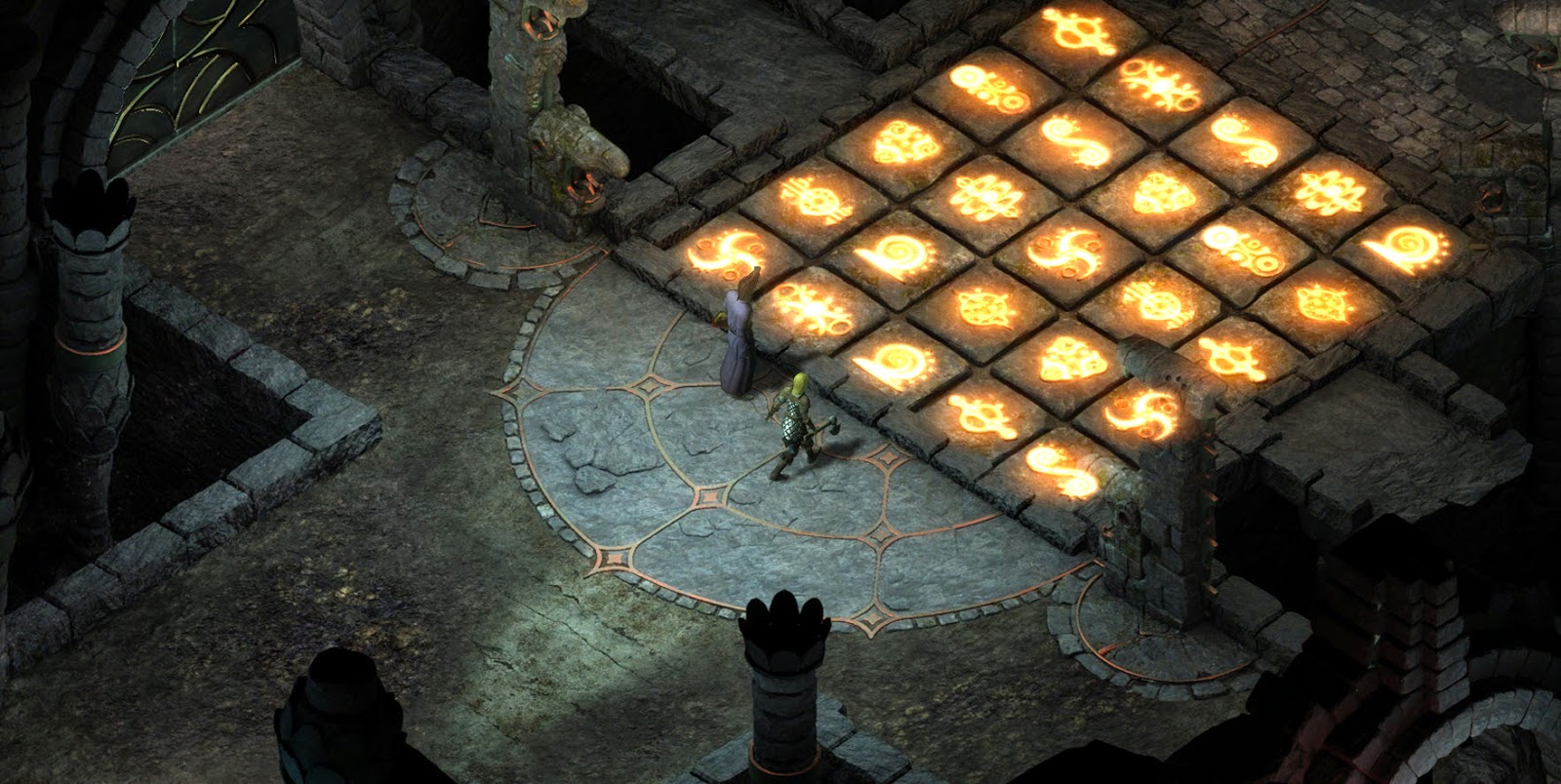 But Pillars of Eternity will not be for everyone. The pacing is very slow. When I think about how games like Mass Effect and Dragon Age have progressively become faster and more action-oriented, it makes games like Pillars of Eternity seem like outliers. Combat is very tactical, and involves lots of pausing and micromanagement. If you are looking to mindlessly hack away at some creatures by pressing the X button on a controller repeatedly, Pillars of Eternity is probably not going to suit you. However, if pausing and moving your team around strategically while picking the key targets to attack appeals to you, the combat found here should prove very satisfying, and the game knows what it is trying to accomplish with this style of combat. Visceral this is not, but then this is the kind of thing that many fans of the likes of Baldur’s Gate wish were still around.

Too often games looking to cash in on nostalgia take things too far and become derivative. Certainly imitation can be a form of flattery, but it can also come across uninspired. Here I found myself playing Pillars of Eternity for hours on end, and while the mechanics felt comfortable and familiar, they also felt fresh and inspired. Enough small tweaks and adjustments were made in areas such as the interface, character progression and how the story is laid out that Pillars of Eternity is very much  a natural evolution of those classic RPGs I fell in love with years ago.

There are a few areas however, where Pillars of Eternity feels as though it is slightly held back either due to budget or time constraints. Things that we have grown very accustomed to in our current RPGs such as voice acting throughout every piece of dialogue or cutscenes are missing. The graphics, while effective and in some places aesthetically quite pretty, are not a technical marvel. I know this is a top-down kind of RPG, but surely more can be done with the canvas than this. At least the music is absolutely beautiful, and is another call back to those old Infinity Engine games that featured soundtracks I still listen to today. 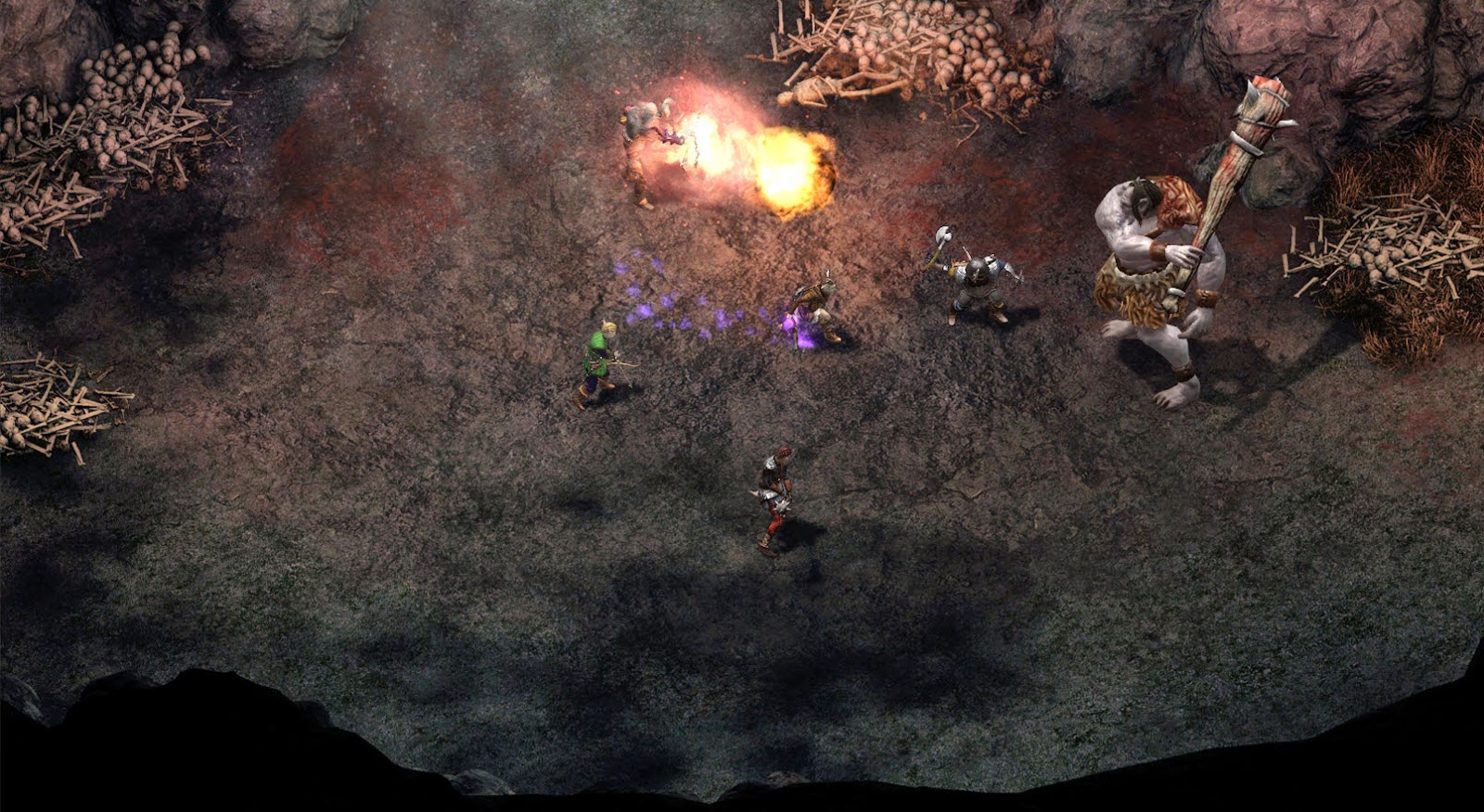 To compensate for the lack of movies or cutscenes, Pillars of Eternity uses a lot of text. A lot. I love to read, and I essentially got to participate in a large, interactive book. The quality of the writing is almost always excellent, and this made the lack of cutscenes much easier to cope with. Again, for veterans of the likes of Baldur’s Gate, this will be appealing, as there was a lot of reading involved in those as well. But for people who have been weened on the more immediate fare of modern games, the reading slows the ponderous pace of the game yet further, and might be something their minds interpret as ‘boring.’ It’s not boring, it just requires players invest focus and attention at what’s going on in the narrative in order to become immersed within it.

That written dialogue was one of my primary hooks throughout the game. It was fascinating to see how many branches in the conversation became available due to any number of class, race or statistical variations. You sometimes get a taste of this in something like Mass Effect, where having a renegade or paragon rating of a certain level from behaving in a certain way through the story would open up different options during later conversations, but the number and frequency of options that came up in Pillars of Eternity really was staggering, and helped to create the impression that no two adventures will be quite alike for players.

The conversations are just one facet of the freedom that Pillars of Eternity allows for. The character creation tools are another. While combat is built around some of the more modern MMO/Dungeons & Dragons conventions such as character roles around tanking, healing, arcane magic and so on, you do not need a traditionally balanced party to succeed. Sticking to the archetypes certainly makes combat easier, but if you want a whole team of brutes or sneaky rogues, the game certainly provides the tools to get through with such a crew. There is also a stronghold that you gain access to over the course of your journey, which opens up a whole host of other customisation options. 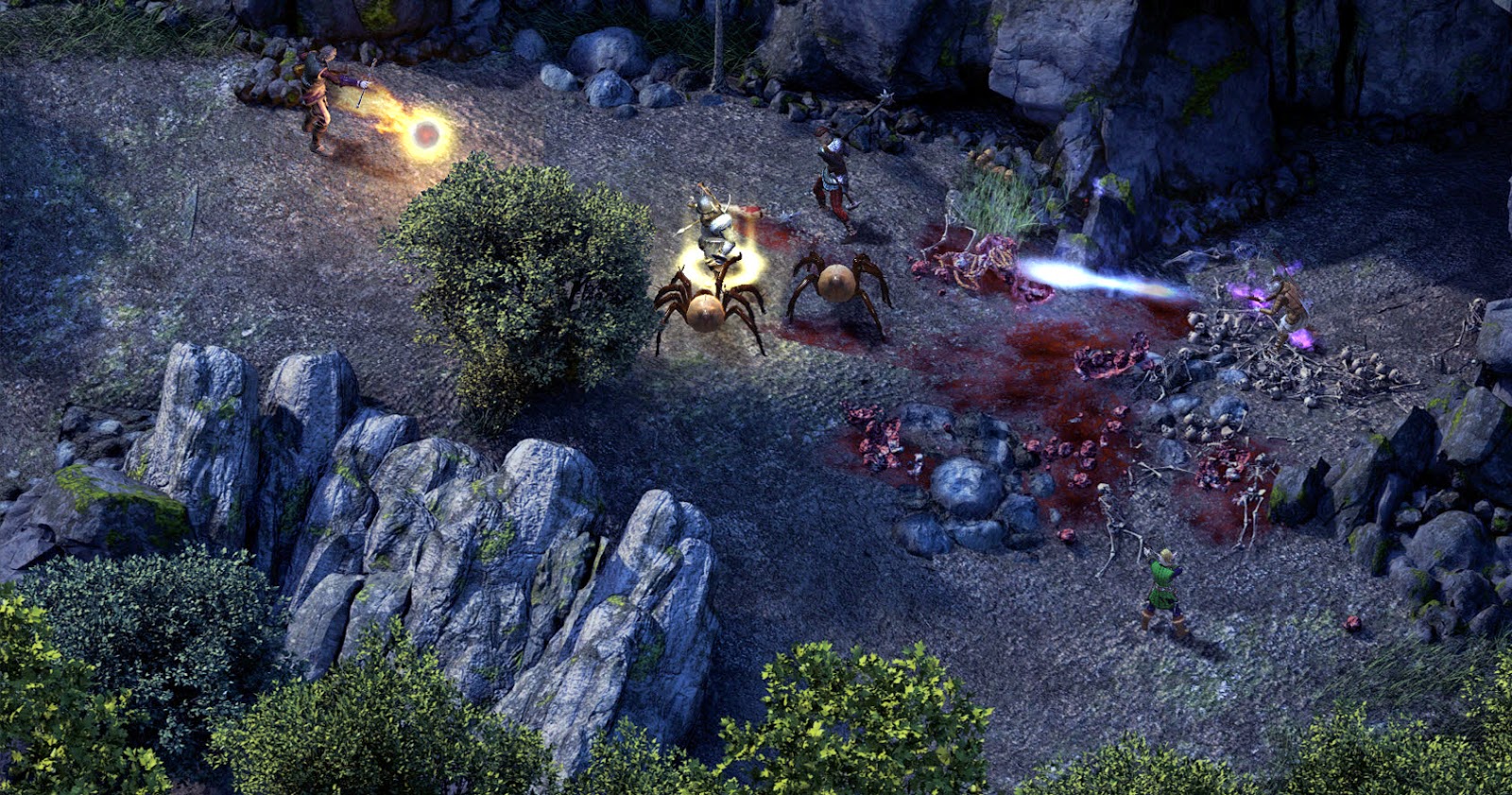 As with the grand adventures of old, exploration is a big deal in Pillars of Eternity. The dungeon design is incredibly fun and challenging. The game comes with multiple levels of difficulty and a couple of additional difficulty modifiers. One of them only allows you to keep one save file and if your character dies, it is automatically deleted. Those looking for a challenge have surely found it in spades here.

Related reading: For other retro-themed RPGs, check out some of Spiderweb Software’s games, on iPad or PC.

As a spiritual successor to some of my favourite RPGs of all time, Pillars of Eternity does those games justice with its ultra-traditional story, presentation and mechanics. But I recommend other people check it out as well, as it offers a sprawling world to explore, and a fantastic cast of companions to interact with, making it the perfect example of a retro genre done right.