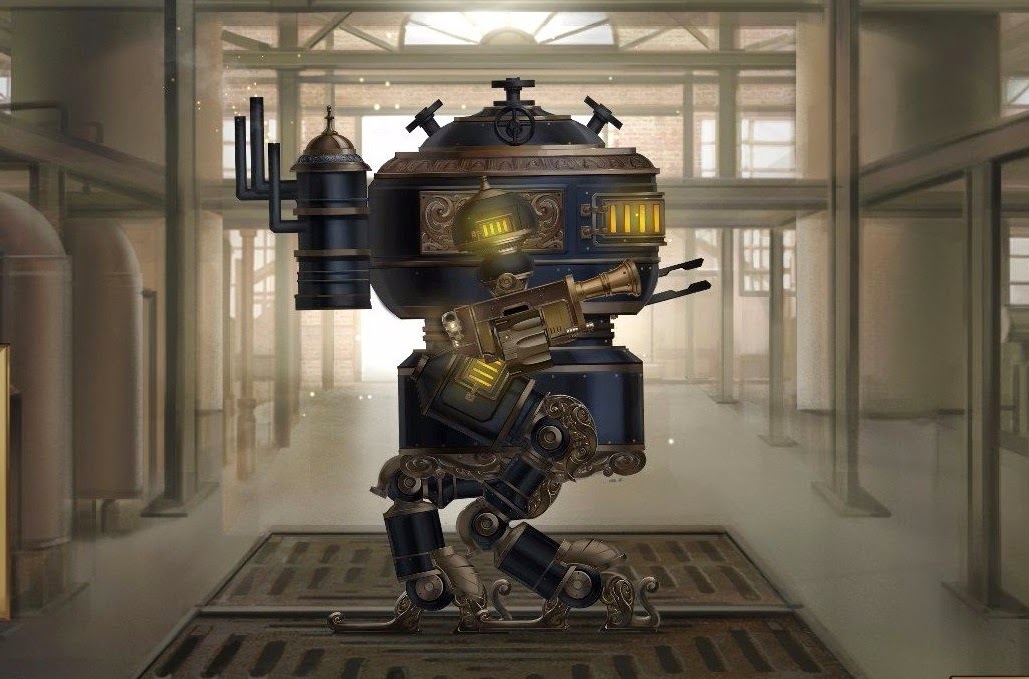 Dreadbit’s Ironcast is a wonderfully zany mix of elements and gameplay mechanics from different genres. A sort of Henry Hatsworth in the Puzzling Adventure meets Super Puzzle Street Fighter II, with a steampunk aesthetic, some complex resource-management thrown in, and turn-based RPG mechanics, Ironcast is as addictive and engaging as it looks on the surface. The infusion of elements from several genres may sound overwhelming, but because Ironcast is a surprisingly understandable game it is highly unlikely that it will drive you away.

The story takes place in Victorian era England, with the game’s title referring to robots that are featured in the game (hence the steampunk aesthetic). The design of each Ironcast varies only in the slightest, but they are all appealing retro-style throwbacks nonetheless. The story of Ironcast goes like this: England and France are in war. The French are going to invade England in nine days and you must prevent this from happening. The over-arching narrative is simple at best, and the Victorian English that is used throughout the game unnecessarily uses circumlocution to explain even the simplest of things. This comes off as lacklustre and gets annoying in the later levels as characters continue to use four lines of text to describe what could be done in one. Yes, it’s inspired by Jules Verne and H.G. Wells, but the development team didn’t exactly have Jules Verne or H.G. Wells working for them.

The combat system is arguably one of the most interesting I’ve ever seen in video games, though it is far from unique or unprecedented. In principle it works a little like Puzzle Quest, or the aformentioned Harry Hatsworth and Super Puzzle Street Fighter, where you’ll be playing a puzzle game, and your success in doing that will help you progress through the game’s other genres elements. In this instance, RPG mechanics. Ironcast does have its own unique quirks however, as it has an unusual loose reign on how you should progress. In most other games of this nature, decision-making mid-fight is often hindered by being unable to use several power-ups or ammo at once. Here in Ironcast that is not the case. You can fire your Ironcast’s gun once, match the corresponding titles to replenish its ammo and fire once again. At the same time you can instruct the Ironcast to walk (thus making it harder to hit by enemy Ironcasts) and/or put up a shield. 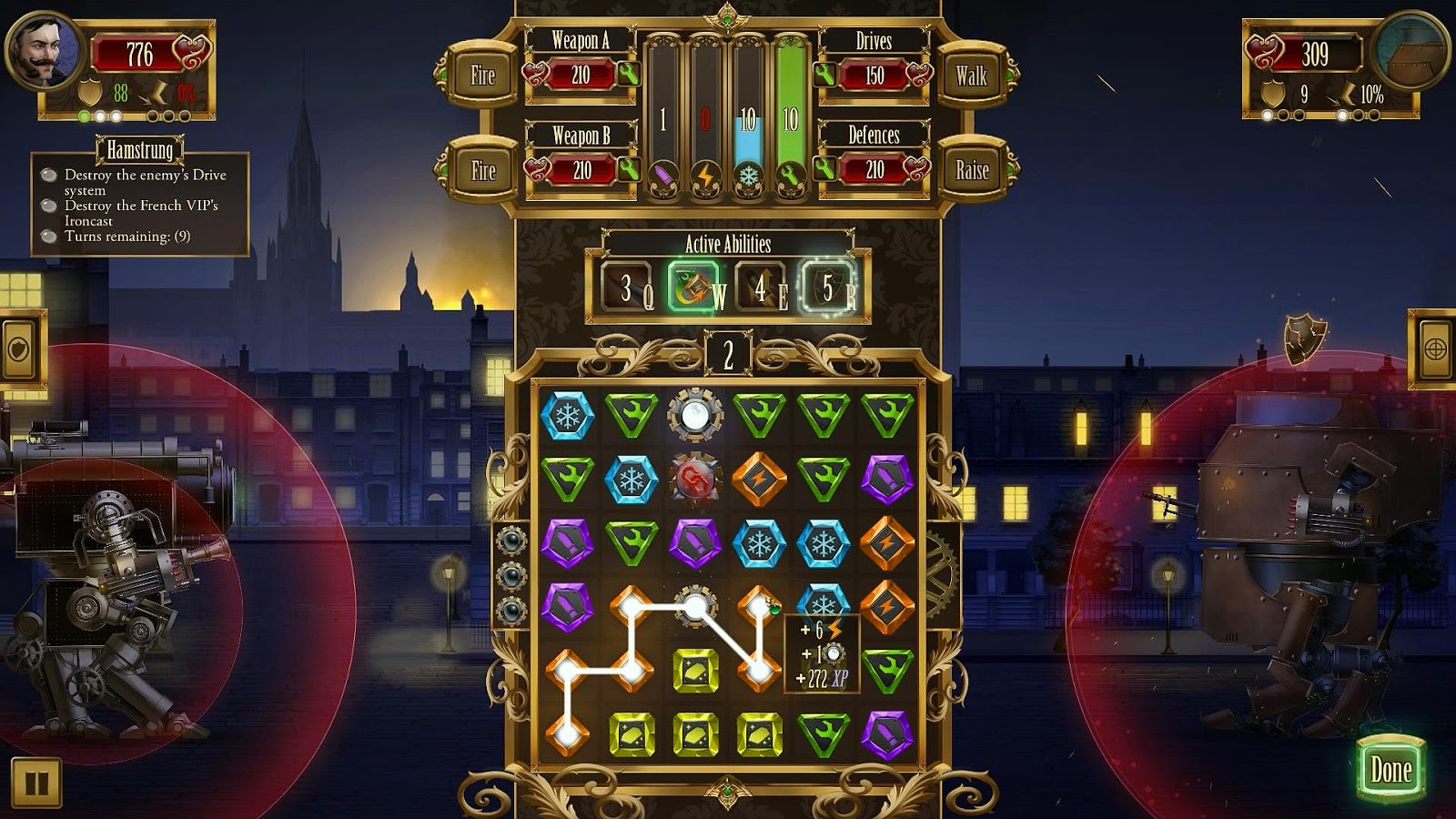 The different tile-types within the puzzle field (which behaves like a fairly standard match-3 puzzler) serve different purposes, and to break them down: Purple replenishes ammo; Green increase repairing resources; Orange recharges energy; and Blue restores Coolant (element that enables the Ironcast to walk). The logic of tile-matching follows the same that of other match-three games, but with one core differences: movement is not restricted to only vertical or horizontal matchings.

After a successful end to a mission, you’re transported back to the workshop where you can use the scraps collected from the battle to repair your Ironcast, purchase new weapons or activate special power-ups. The depth on offer here may seem overwhelming at first, but upon closer inspection everything is neatly stacked and actually very tidy in presentation. A level-up point enables you to choose from one of three special power-ups and they can be used anytime during combat. Frankly, I did not spend too much in the workshop; only concerning myself with the health of my Ironcast and occasionally upgrading my primary weapon to a more powerful one, but I’m sure some will love working through it.

To talk about the downsides of this game, there are two: permanent death and unexciting artwork. If you die during combat, you’re transported back to the menu screen and have to start the game all over again. The game resets everything you purchased during gameplay – weapons and other items. Interestingly, unlocked characters and Ironcasts remain untouched. The permanent death feature is both positive and negative, but I more leaned towards the latter. It’s positive in this sense that it makes you try another combination of weapons to take out the Ironcast or Steamtank that killed you in the first place; thus offering a much-needed option for strategy and quick-thinking. But the negative is that it can be crushing to be forced to sit through the same dialogue and mission all over again.You can skip the dialogue, but even then it’s a tedious process. 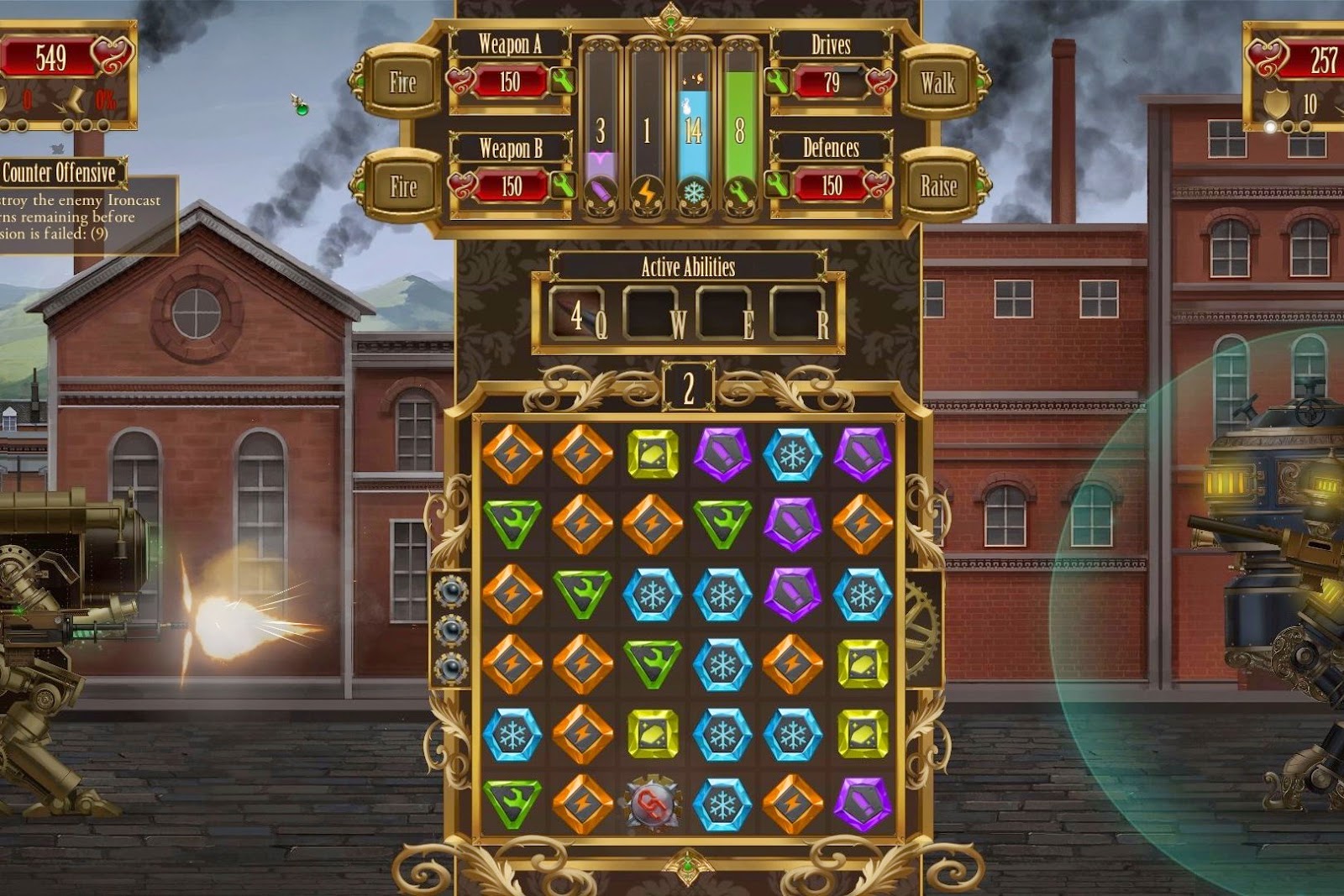 With regards to the artwork, the designs of the Ironcasts and Steamtanks themselves are noteworthy. The backgrounds, however, are very, very bland and simple. Repetitive buildings and uninspiring scenery make for a visual experience that doesn’t do the concept justice.

Despite these issues, Ironcast is a very solid game and worthy of putting a good few hours into. It mixes genres nicely, but it has other features that really work to dampen the enthusiasm that even the most ardent RPG fan might have for it.

Spring Anime 2015: Five shows to put a little spring in your step