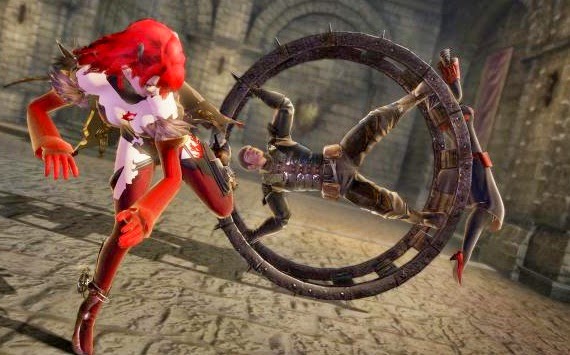 Of Koei Tecmo’s extensive library of titles, the Deception franchise is perhaps one of the least well known. And that’s a pity, because while the last game in the series (released on PlayStation 3 and PlayStation Vita) was flawed, it was a flawed gem that we enjoyed a great deal.

An odd mix of puzzle, action, horror and humour, Deception IV was one of those few games that had a claim to be genuinely unique in a world of increasingly homogenised gameplay experiences, and for that reason we welcome the news that the game, in an enhanced form, is coming to western PlayStation 4 consoles as Deception IV: The Nightmare Princess. More variety is a good thing, right?

This enhanced version is getting the full treatment. In addition to looking better (as you’d expect), there are new characters and more quests to complete – in fact, there are over 100 quests now, according to a Koei Tecmo press release. This new character, Velguirie, has a unique set of abilities that develop through these quests, and joined with the game’s main character, Laegrinna, players will get to lay down 170 different traps that range from the most sadistic of iron maidens through to the most comical of banana peels.

Players will also want to preorder this one. Digital preorders come with a special trap called the ‘Golden Toilet’ – yep – and no doubt retailers across the globe will have goodies of their own to offer as preorder bonuses. In the UK, for example, you can preorder with GAME or independent retailers and get the ‘Grill’ and ‘Kick-Off’ traps, respectively.

Koei Tecmo has also produced a live-action trailer to celebrate the news of the game… and it’s pretty darned funny. Have a watch below, check out our reviews of the original game release, and get ready to get sadistic when it releases – it’s not long away with a European release of July 17.