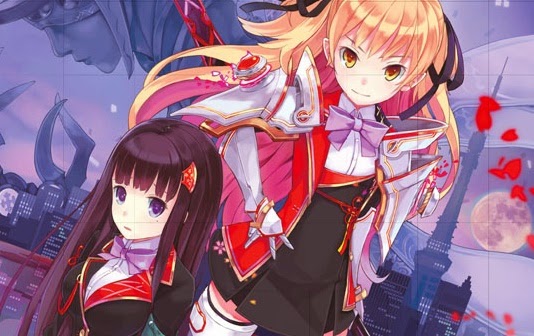 Operation Abyss: New Tokyo Legacy is NISA’s upcoming dungeon crawler for the PlayStation Vita. An exclusive to that platform, it comes to us courtesy of the developers behind the absolutely brilliant Demon Gaze, and just looking at this new 1:30 trailer, I can already tell I’ll love this game.

Demon Gaze was notable because it had incredible art direction to go with the slow, methodical pace of turn-based movement and combat. Like the very best Wizardry clones, it was difficult, with intricate level design that was filled with traps and puzzles to sort through. Unusually for the genre, however, it was also tied together with a genuinely interesting narrative and characters. Typically for the genre it’s all cookie-cutters and menus outside of the dungeons (with some obvious other exceptions there).

This trailer shows just enough of the gameplay for me to be convinced that it is very much in the vein of Demon Gaze. Dungeon design looks intricate and we’re promised deadly traps. Random encounters look tough and then there are big beasties that look like they’ll hit you hard.

It’s really good to see NISA continue to support the PlayStation Vita with exclusives. It, Koei Tecmo, and Compile Heart combined offer such a depth of content that it amazes me that there are still fans of Japanese games out there that haven’t bought one of these consoles.

Anyway, I digress. Enjoy the trailer! The game releases in June.

Review: Game of Thrones: Episode Three – The Sword in the Darkness (Sony PlayStation 4)

The games of April; quality over quantity this time around