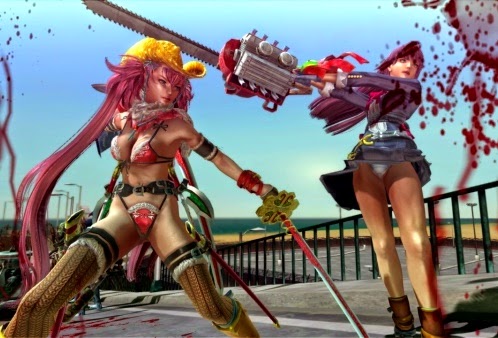 I honestly never thought this would happen. Onechanbara Z2, that game where girls in bikinis stab, slice, and shoot zombies to bits, is actually getting an English release, courtesy of XSEED Games.

It will also get a release in Europe (and Australia, assuming it somehow passes the Classification Board) in Fall (Spring for Australians) courtesy of NISA. Not only that, but it’s getting both a physical and digital release.

The plot, according to the press release: Onechanbara Z2: Chaos is the latest iteration in the Onechanbara series featuring the world’s sexiest zombie slayers. With two sets of buxom vampire sisters at the player’s disposal, over a dozen stages of high-octane real-time swordplay await, each characterized by the hordes of zombies infesting the land and the over-the-top methods our heroes employ to kill them. Fight off the invasion in gruesome detail, sending limbs and blood flying every which way through a variety of physical attacks and acrobatic maneuvers, occasionally transforming into a demon for short bursts of added power and speed at the cost of life energy. Each of the four members of the so-called “bikini zombie squad” has her own unique abilities, and skillful play is rewarded with orbs that can be exchanged for upgraded weapons and outfits. 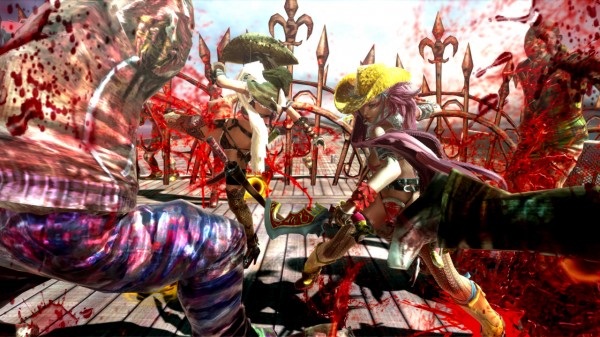 If you thought the likes of Bayonetta were edgy in their use of female sexuality, then Onechanbara is going to be a real shock to the system. But it is a reasonably popular franchise in Japan, and the publisher, D3, puts a lot of stock in it. At Tokyo Game Show last year this title had a massive booth, with significant crowds lined up to try it.

Sadly, it was one of the few games at the show I didn’t test out, because I just couldn’t bring myself to stick my head where the booth had set up its screens… 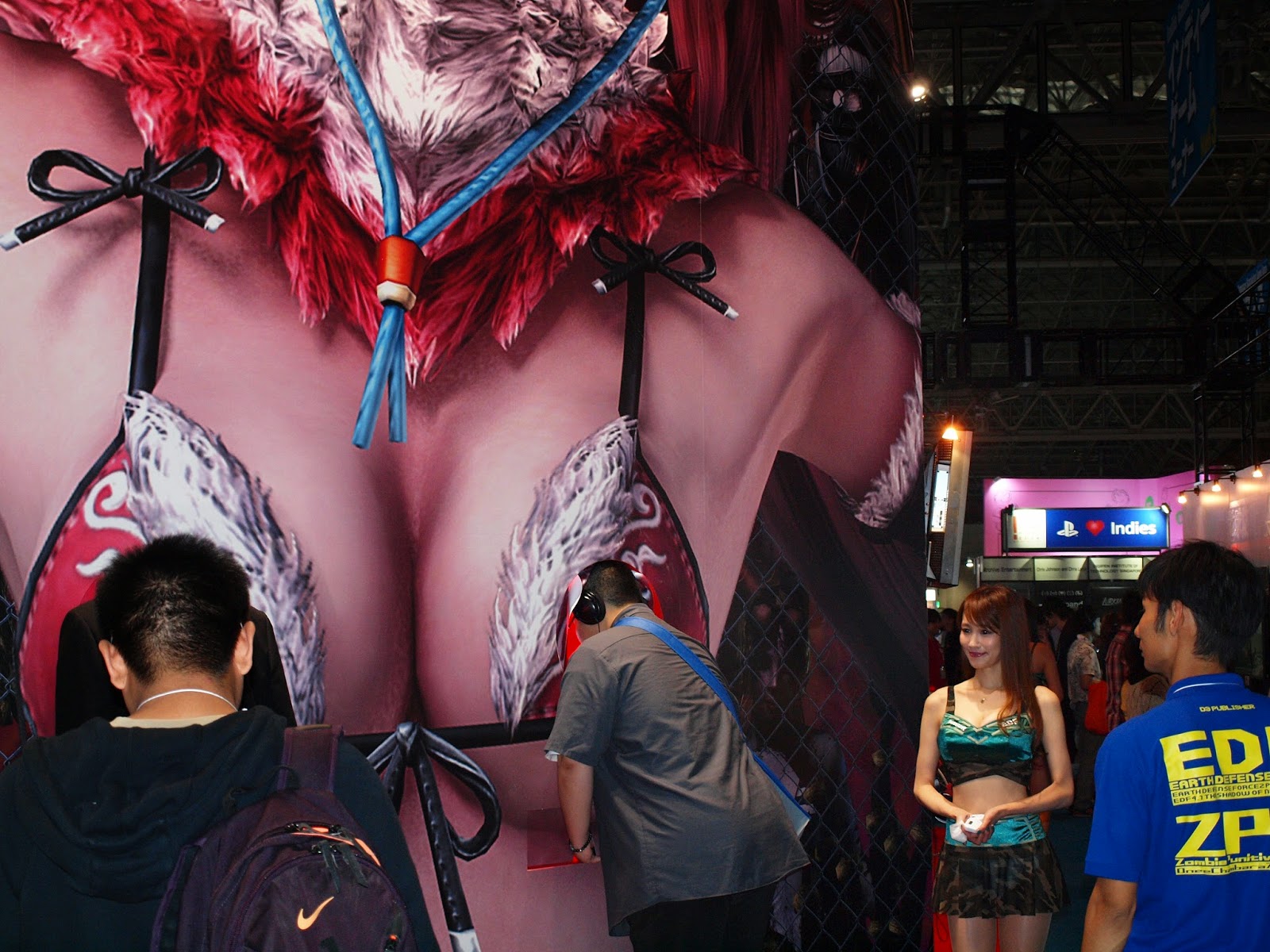 The publisher also had a model wandering around, who was pretty popular with the various people at the show with a camera: 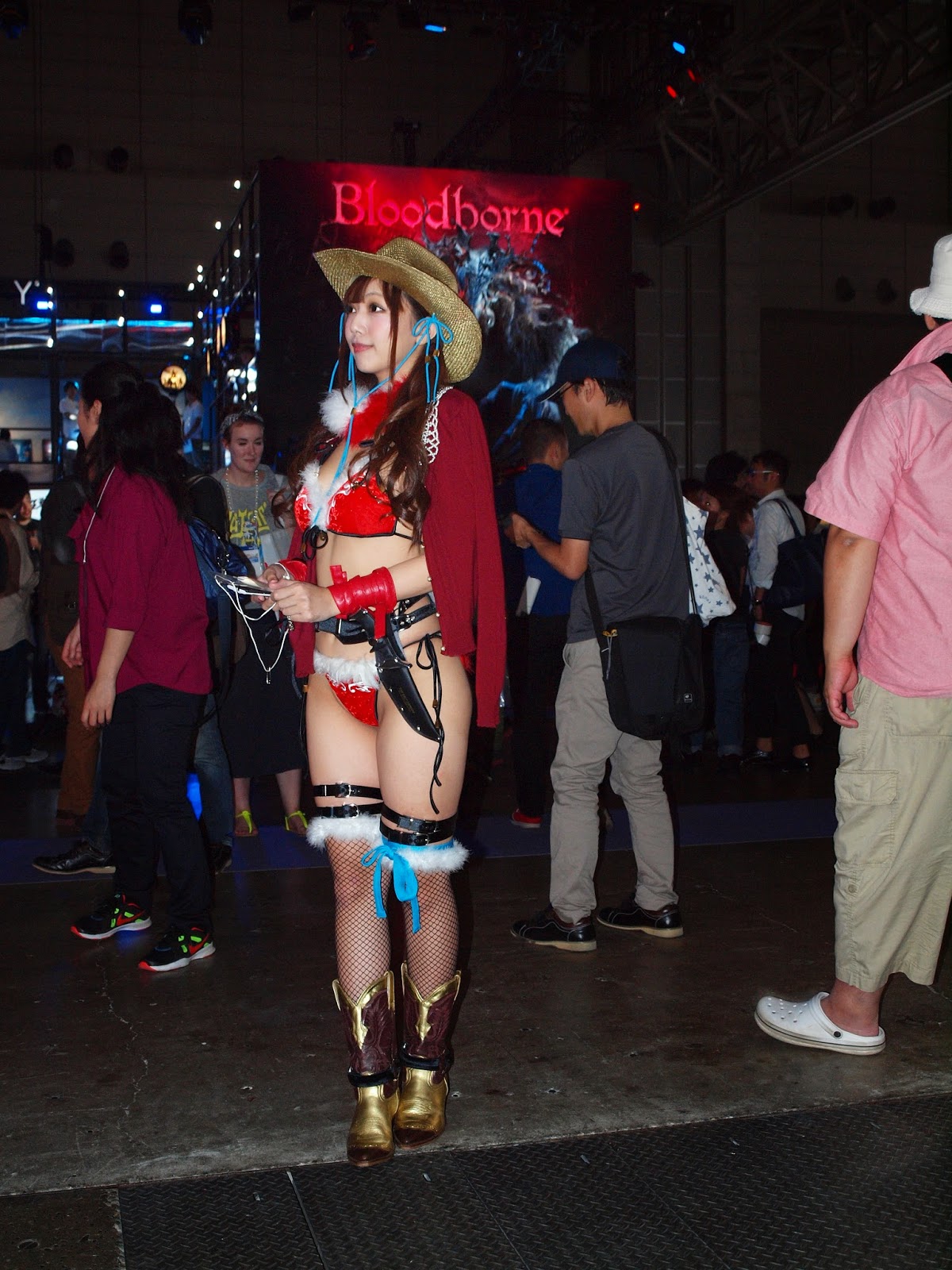 For all its raunch however, apparently the game is a perfectly decent action title, and good on XSEED for taking the risk to localise it. Akiba’s Trip must have been enough of a success to justify these more edgy, risky localisation projects.