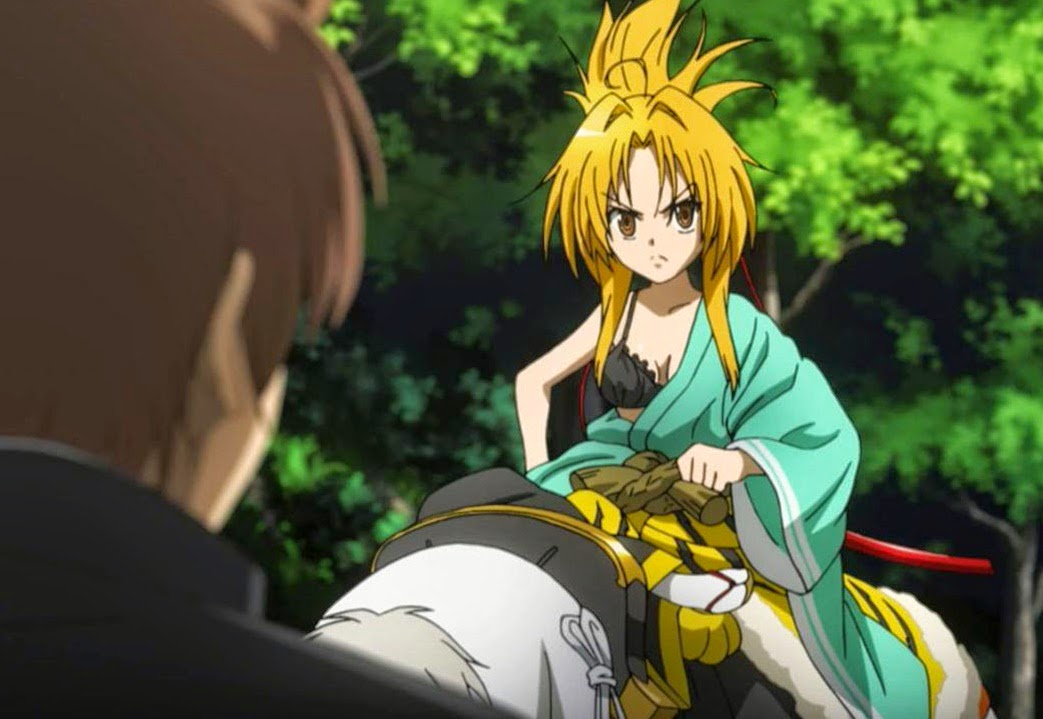 I guess this was inevitable. Taking the generals and heroes of the Sengoku period of Japanese history (the same time period that the Samurai Warriors games take place within), and presenting an alternate history that revises almost all them into attractive ladies is a distinctly anime thing to do.

If you can move past Nobunaga Oda being turned into a blonde woman that, when not in combat, for some reason wanders around in a costume that exposes her black lingerie to the world, and recasts Hideyoshi Toyotomi (Monkey) as a loser from the future who somehow finds himself transported back in time and conveniently the only guy in a daimyo harem, then The Ambition of Oda Nobuna is amusing enough. I’m sure Koei Tecmo will turn it into a Warriors game soon, too – it only really needs to swap over the character designs from Samurai Warriors 4.

Monkey has an obsession with Koei games back in the ‘real world’ (which is where the anime’s title reference to Koei Tecmo’s Nobunaga’s Ambition comes from), which means he knows the history of the Sengoku period backwards. This also means he knows instantly how to win battles and this has the effect ot discrediting any of the historical successes of the likes of Oda – Monkey is responsible for every victory, strategy, and achievement of Oda’s empire. The fact that he is a lecherous little school teen makes his position as the center of all things irritating, and I never got over that impression through the running of the anime. 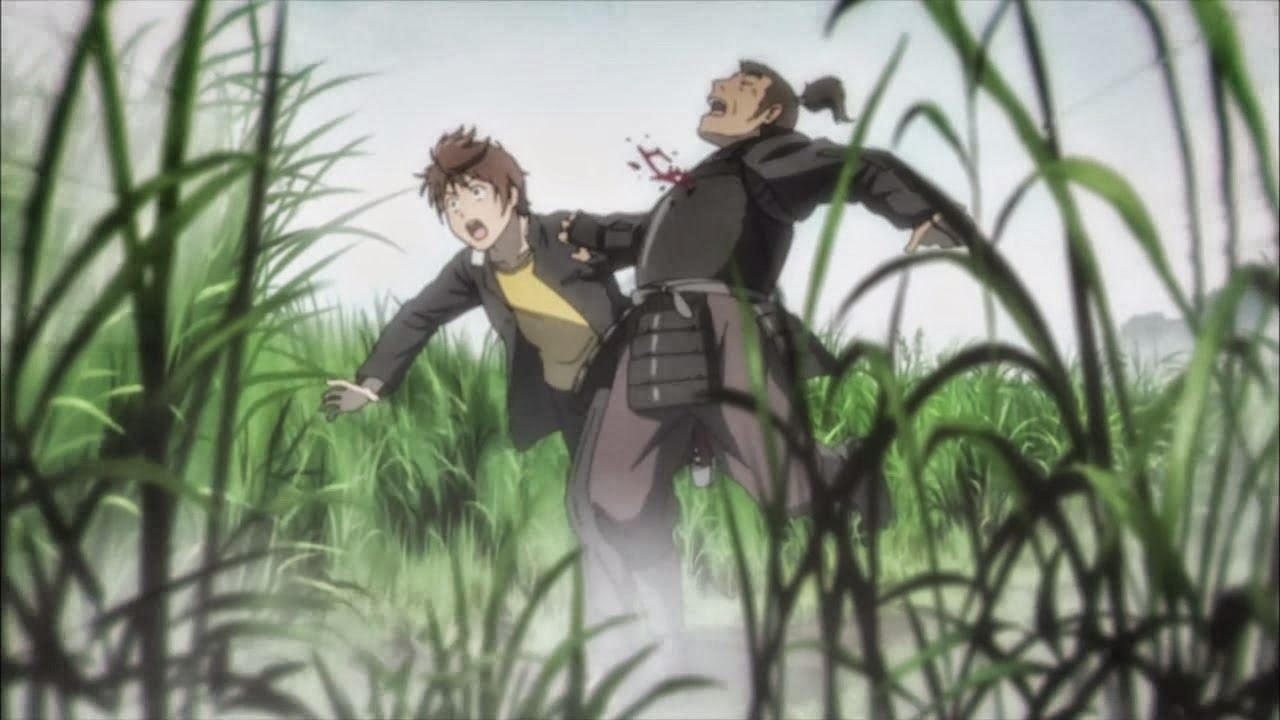 The surrounding cast is more interesting, however, being reasonably interesting interpretations on the philosophies and real world interpretations of their real life counterparts, just with… breasts and such. The anime’s narrative follows loosely the sequence of events that happened in history, though with the kinds of embellishments necessary to account for the gender swapping. Nagamasa Azai, for example, is one of the few male characters in the cast, but unlike in history, instead of simply settling into an arranged marriage with Oichi, Oda’s sister, before rebelling, he instead chases after a marriage with Oda herself.

As you can probably expect from the harem genre, the actual storytelling is not superb. Dialogue tends to be laboured, and the pacing is often off; what should be a scene for significant characterisation is glossed over quickly, while the anime’s got no problem spending plenty of seconds exploring embarrassing situations or fan service sequences in depth. I don’t mind fan service in my anime – I enjoyed the likes of Senran Kagura and the Monogatari series, and both of those come laden with fan service – but it is important that the fan service doesn’t come at the expense of the storytelling, and I shouldn’t come away with the impression that it’s a detriment to the overall story.

What Oda Nobuna does really well is the action sequences, with plenty of vivid animation providing an interesting take on the various real battles that happened through the Sengoku period. The stories behind these battles are common knowledge for the Japanese of course, but for westerners some of the stuff that went on back then was fascinating and obscure from a military and strategic point of view, and the anime does represent the spirit, if not the details of those battles. 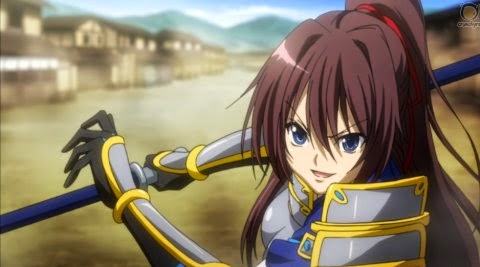 The DVD is the deluxe treatment, with both English dubs and subtitles for people that wish to watch it that way, or the Japanese original dub for the purists. However, there are no special features to speak of, which I continue to have an issue with when we’re in a era where people can simply stream the series off Crunchyroll or similar. Surely it’s in the best interests of the publisher to offer something to encourage collectors to go out an buy the DVD.

I came away with mixed feelings of The Ambition of Oda Nobuna. As an absolute history nut for the Sengoku era, I found myself bristling with the way that certain characters were treated, and the twist in characterisation to turn it into a harem anime never sat well with me. At the same time, I found myself enjoying the way it treated the conflicts of the era, and of course, no history fan turns down a chance to explore an alternative history, which is something this certainly achieved.

This DVD can be purchased from Hanabee in Australia here