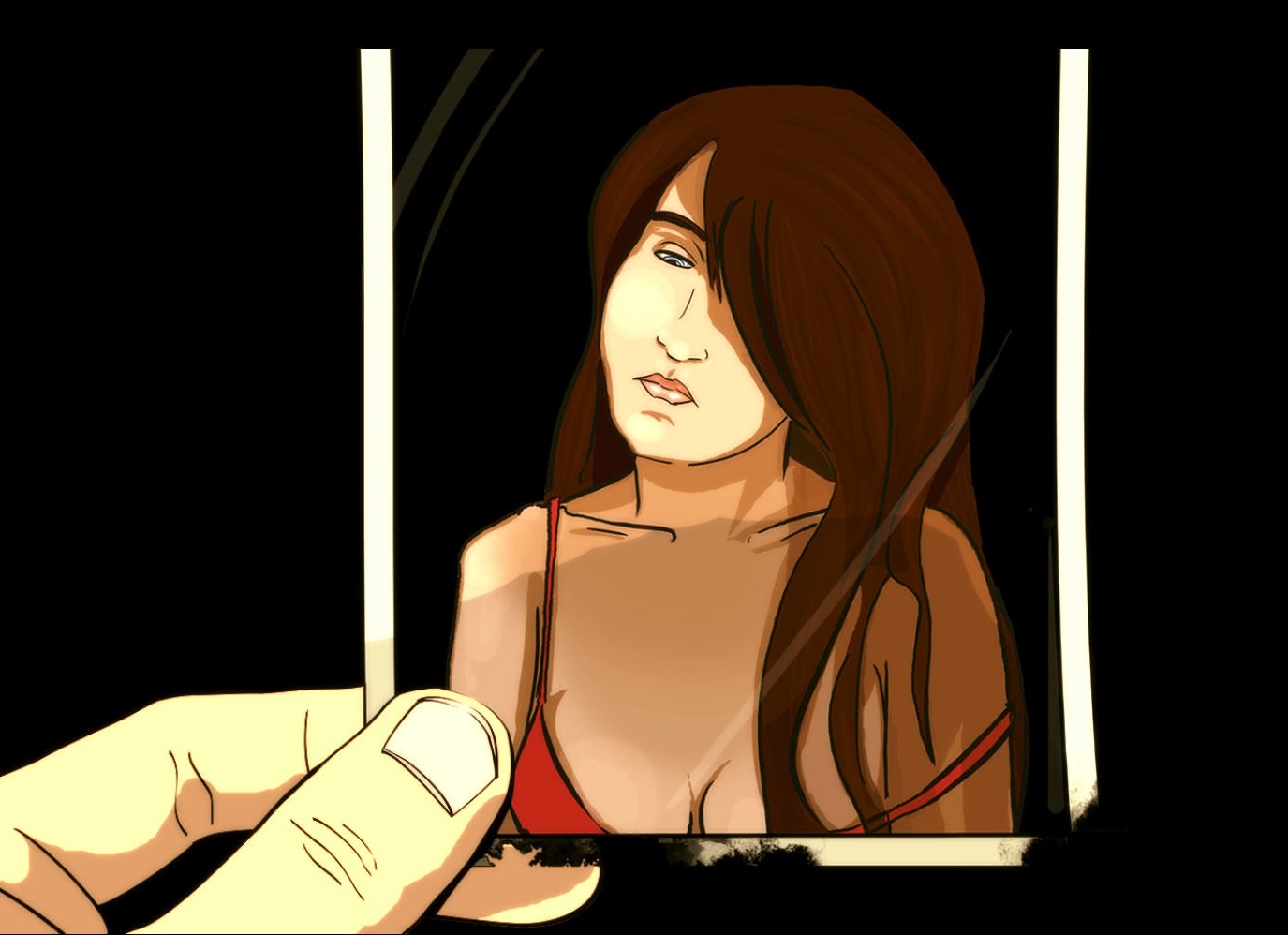 If you’re going to promise a noir genre game, then you should deliver one. The Detail starts well. Players find themselves thrust into a world of heavy contrast and are immediately tasked with helping two cops break into a house to apprehend someone potentially responsible for doing some very nasty things to some very young girls.

This opening sequence is tense and exciting. Playing a bit like a quick time event, you’ll need to make some quick decisions and respond to what’s going around you in a setting that perfectly fits the seedy kind of locations that you’ll find in a Raymond Chandler book or a film based on his work. There’s a genuinely nasty criminal network that’s being alluded to and if you’re like me you’ll be thinking to yourself “okay, excellent, this game looks set to delve into the seedy underbelly of crime noir. We’re going to get conflicted cops, femme fatales and villains that truly challenge our perceptions of what humanity is capable of.”
After the opening sequence you’ll be thinking to yourself that we’re about to get the Sin City of mobile gaming, in other words. Then the game will start proper and you’ll realise that instead we’ve got a particularly inept episode of Law & Order. 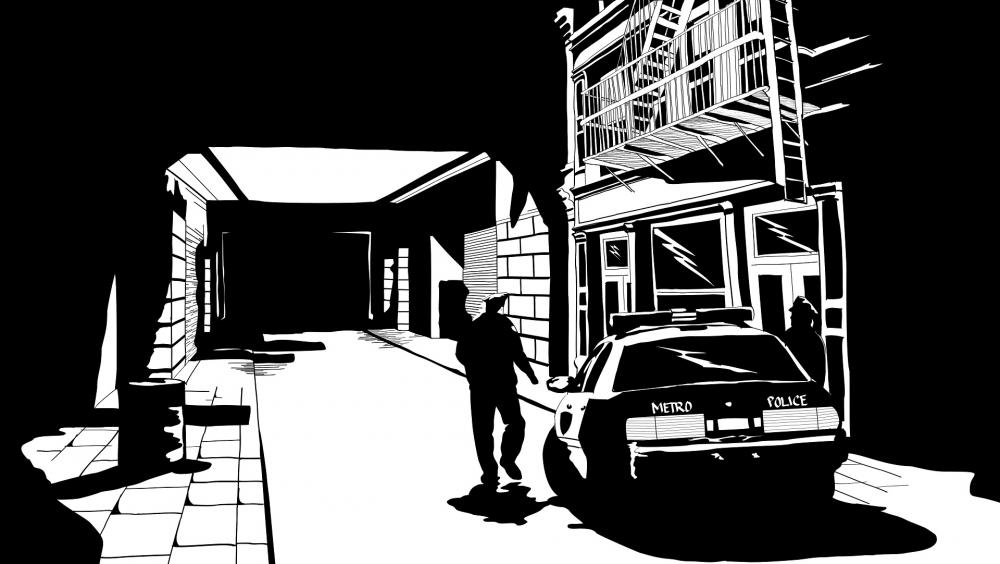 Somewhere in there there’s also drug deals and organised crime gangs, because of more reasons. Now in fairness to the narrative designers this is the first episode of what will be a series, so there are more strands being thrown up in the air than are resolved in order to set up the next couple of episodes. However, looking at other episodic games, such as Dontnod’s Life Is Strange or Telltale Games’ Game of Thrones, there is a distinct difference in those games compared to this. In The Detail the pacing is right off, with the plot trying to do too much across too many plot strands in too little time. As a consequence it’s difficult to have enough of a sense of characters or environments (aside from the cliche they represent) to become invested in the experience.

And, aside from two action sequences that behave like QTEs, the pacing of play in The Detail is laborious. It looks like it wants to be a point-and-click experience, but with no puzzle solving beyond a couple of too-obvious dialogue trees, there’s very little actual interaction in the game other than tapping on the bits of the scenery that you’re told to tap on and reading the dialogue. Dialogue that, as I’ve already mentioned, would struggle to meet the standards of a Law & Order episode. It’s still a fun narrative, as Law & Order is fun, but it lacks the intensity and clarity of dialogue in a book by Chandler. 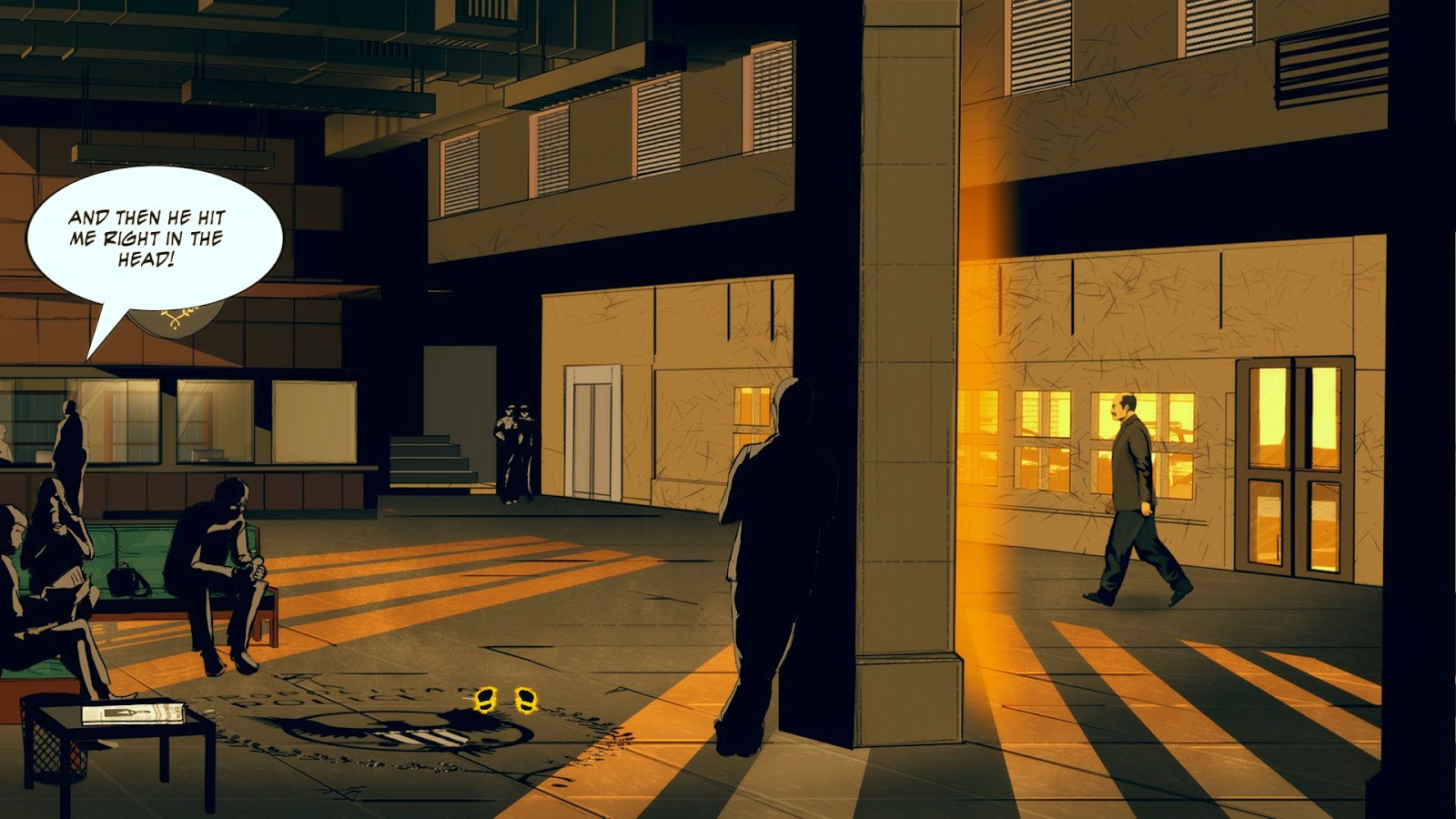 The Detail is also inhibited by all kinds of technical issues. On my device (iPad Air 2) there were numerous instances where a box popped up that was meant to display text, but I wouldn’t see any text. None of the critical narrative elements were affected in any way, but if there is one thing this game badly needed, it was the supplementary text to help set the scene.

Whatever character you’re in control of also has a laboriously slow movement from one side of the room to the other, with a stilted animation that is almost painful to watch. And, while the action scenes have that glorious high-contrast black and white aesthetic, the art from the rest of the game is a far more generic “miserable, wet, American city” aesthetic. It works for the theme of the game, but The Detail would have been far better served taking more of a risk and going for the black-and-white aesthetic throughout.

At the end of Life Is Strange or each Game of Thrones episode I’ve been almost depressed that it’s finished, knowing it will be however long before I’m able to dig into the next episode. But with The Detail I’m not entirely sure I’ll be back for the next episode. I appreciate the vision and the concept behind it, and I love noir, but the execution is sorely lacking.

So, let’s talk about game length and The Order