The original Gunman Clive was  a perfectly workable old-school platformer. It was ultimately a throwaway game, with very limited replay value beyond perfect runs and speed runs for the diehards, but it was a challenging, clean game that played to its strengths without any pretensions on being anything more than that.

And it was a massive success, particularly on the 3DS, where it was incredibly cheap and released when the eShop download platform was relatively new and therefore didn’t have too much to compete with.

It’s a different situation now, and there’s no shortage of cheap games available on the 3DS. Gunman Clive still holds up as a bit of throwaway fun, but more of the same was not really going to be enough. So for the sequel, Bertil Hörberg added stuff. The problem is, while the platforming remains as tight as ever, the kitchen sink that’s been thrown in isn’t really adequate. 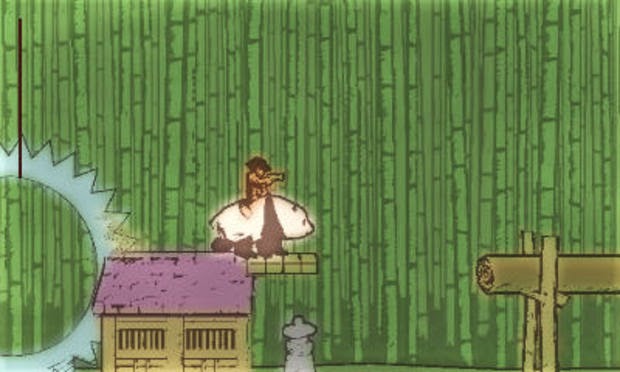 Continuing the theme of homages, Gunman Clive includes sections that are reminiscent of games like the early Star Fox titles, or the mine cart levels from Donkey Kong Country (with the minecart being replaced with a giant panda, just because). Unfortunately, while these are challenging enough, they also lack the same level of precision or inspiration as the platform levels. The creativity within the platformer levels, such as what we see in the gravity reversal sections, or even the boss battles (a T-Rex, no less!) is not evident in these additional levels, which instead play out as the generic clones that they are.

The game’s presentation has had a facelift, with the almost-monochrome colour palette of the first game being replaces with a similar hand-drawn aesthetic, but in colour this time. It’s had a greater effect on the game than simply colouring it in, too. The increased colour variety has allowed Hörberg to better represent a wide range of different settings, so this time around the game breaks away from the predominantly wild west location of the original. Instead, we have a wintry snow level, a Chinese-themed giant panda right that transitions immediately to the rooftop of Japanese castle rooftops, and a boat at ocean. And the wild west, of course. The transitions between these levels are as laboured as you expect for such a short game, but the visual variety is appreciated, even if it doesn’t add anything to the actual gameplay. 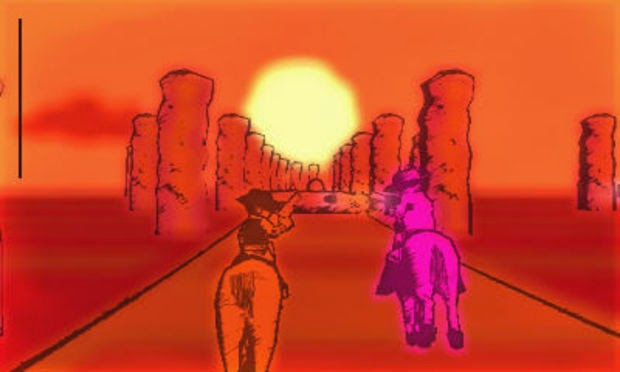 In other areas, Gunman Clive suffers as its predecessor did. It’s a short game, despite the addition of the alternative modes of play. There’s no real incentives to replay levels, with minimal secrets to track down and the skill required to get a perfect run will only appeal to a very tiny fraction of the most hardcore player base. They’ll get a lot of replay value out of it, I guess, but virtually no one that plays the game will bother.

Hörberg has attempted to make levels more dynamic, with more explosions and “big moments,” moving bits and pieces than the original game had. Some of these are truly inspired – using oil spurts for platforms might not be different from standard floating-then-disappearing-platforms, but they do help emphasise the setting.

The biggest problem with Gunman Clive 2 is that for all the attempts to expand on the original game’s formula, it remains a very limited game. It’s not just that it’s over quickly, but it doesn’t do anything to really make it something memorable. It’s fun, it’s not much more than that, but that might well be enough to give it a go.