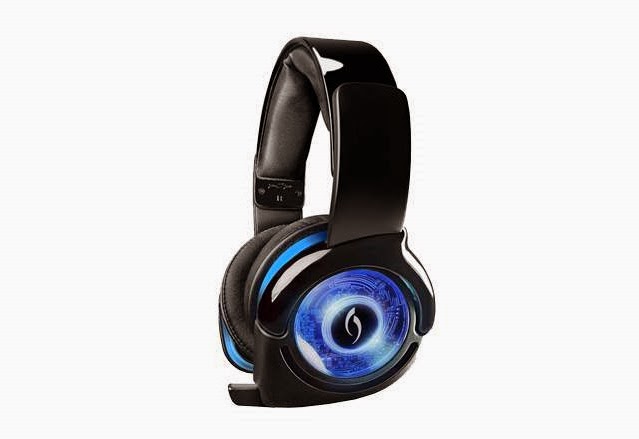 Since the release of the PlayStation 4 and the Xbox One, it seems far easier to find a good headset for the former than the latter. While there are some Xbox One headsets out there, almost every visit to a local gaming store shows two or three times as many for the PlayStation 4. PDP has had a couple of PlayStation 4 specific headsets in the past, but the Karga is its first one exclusive to the Xbox One.

Gaming consoles have changed a great deal over the last two generations, with a heavy slant towards communication in games. Look no further than arguably the biggest release of 2015 to date; Evolve. That entire game is built around teamwork. And for those games that do put a focus on communication a good headset has become key.

The Karga succeeds on two levels. The retractable boom microphone allows for effective communication while the headphones themselves deliver excellent sound for those who want their explosions and gunfire plenty loud without disturbing the rest of the living room.

The microphone is similar to other PDP headsets. It is a noise cancelling one that seems to pick up my voice rather well without annoying my fellow gamers with a tonne of ambient sound from the room. My home living room is a busy place. At any given time I might have a kid next to me on the sofa doing school work or watching videos on her laptop, and on the other side is my wife keying away loudly on her mechanical keyboard. The living room also serves as the gateway to the kitchen, so my other two kids can come tearing through at any time. There were several instances where I thought the noise in the room might have been distracting during a gaming session, and I would apologise to my friends only to find out that they heard almost nothing.

The microphone itself seems to be of solid construction. It retracts in and out the left earpiece. The microphone lives at the end of a flexible arm so you can position it near or in front of your mouth, but to be honest it seemed to pick up quite well if I just left it nested into its starting spot. I tend to do that, just so I’m not putting any sort of additional wear and tear on my devices, but I saw no indication that I was causing it any harm either.

As for the sound itself, I thought the Karga held up quite well compared to other similarly priced headsets. In fact, I felt the Karga headset outperformed PDP’s own Kral set for the PS4, that I reviewed a few months ago. The sound coming out of both headsets is very similar, but I had noted that at times incredibly deep bass sometimes got distorted with the Kral. That was not an issue here, which handled their explosions and rumbles with aplomb.

The Karga headset is very similar in construction to the Krals as well. There is plenty of foam, both across the bottom of the band as well as around the ears. The foam is strictly about comfort. The stuff around the ears is padded and sits easily for hours without bothering me. The only two issues to note is that if you are not used to wearing around the ear headphones like this, the sides of your head can get warm. Additionally, while the padding is incredibly soft and comfortable, it does not do much to isolate outside sound, so if you’re looking to use the headset to drown out the world while you play, you’re not going to get what you’re looking for.

It is also worth noting that the Karga headset is also somewhat heavy. That could lead to some fatigue if you are not used to them, but the underside padding on the headband really helped to alleviate that concern. The foam padding is actually split at the top, so that the band can move more naturally around the head, but the cushion is all you ever feel. Additionally the band has retractable sides, so you can change the fit to suit your head.

The Karga headset is wireless in the sense that it is not connected directly to the console itself but rather the controller headphone slot. I am sure the headset has some sort of negative impact on the lifespan of the batteries, but if so it was negligible – I didn’t notice a detrimental impact on the battery life. For those looking to use these as headphones and not take advantage of the microphone, the Karga can serve that function as well. It has an auxiliary input that can connect to a PC or a mobile device via 3.5mm cable.

For those who like the bright flashing lights, there is certainly style to be had with your substance. I personally do not get much out of the glowing lights, but it is nice to see that the Karga come in the typical Afterglow blue or alternative green, that suits the Xbox aesthetic perfectly. However, beyond all of the flashing lights, the Karga serve as an excellent set of headphones for a console that has fewer options than the PlayStation 4 and certainly fills a need.