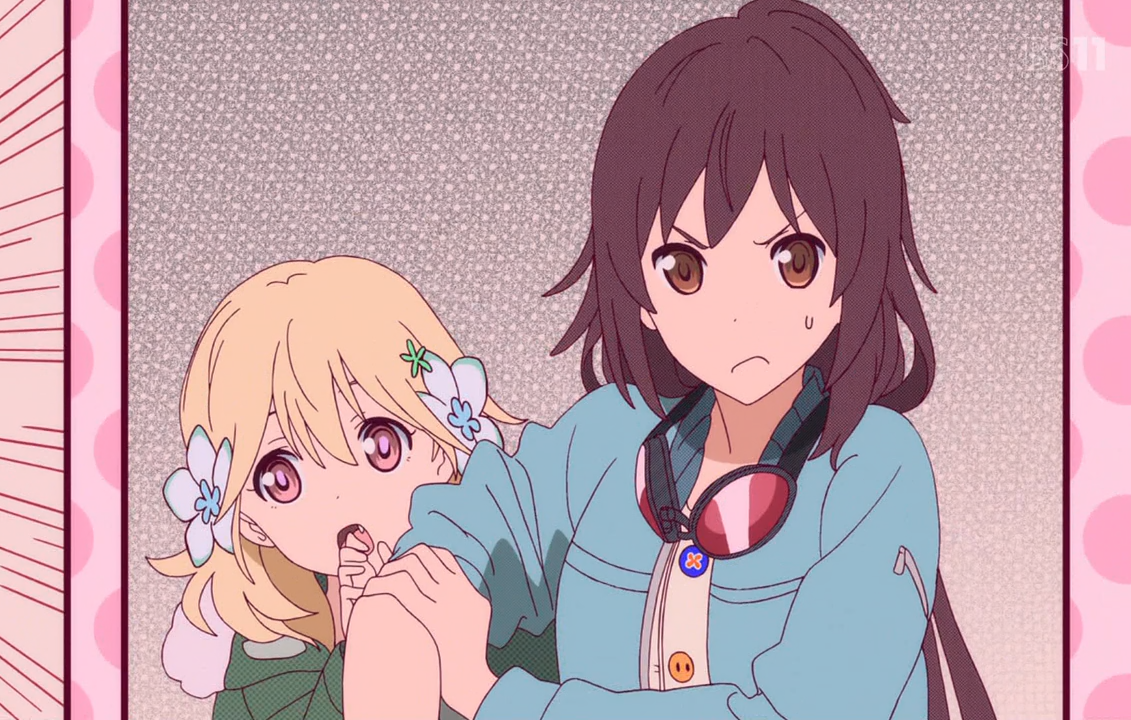 From the animation studio behind Attack on Titan comes Rolling☆Girls, another series where war is a crucial element. That’s about where the similarities die off, but Wit Studio has got something special on its hands with this new property.
Perhaps it’s because Rolling☆Girls has no source material from which to draw inspiration that this show is so completely unhinged compared to the bulk of the industry thus far. I do mean that in the finest of ways of course, but this show has such an explosion of energy and irreverence that it rivals the likes of early Kill la Kill. At times it’s a seemingly random mishmash of chaos but there is a focal point in the eye of the storm as well as underlying order and intelligence to dictate the feverish pace.
Taking place a decade after Japan has recovered from a fictitious war in Tokyo, the country’s ruling class has collapsed and the land has been divided into prefectures run by the citizens rather than a central government. The only lynchpin keeping safety intact is a treaty signed between prefectures stating that conflicts be solved through organised combat. All of Japan’s factions are coming out of the woodwork, vying for peace, glory or both. 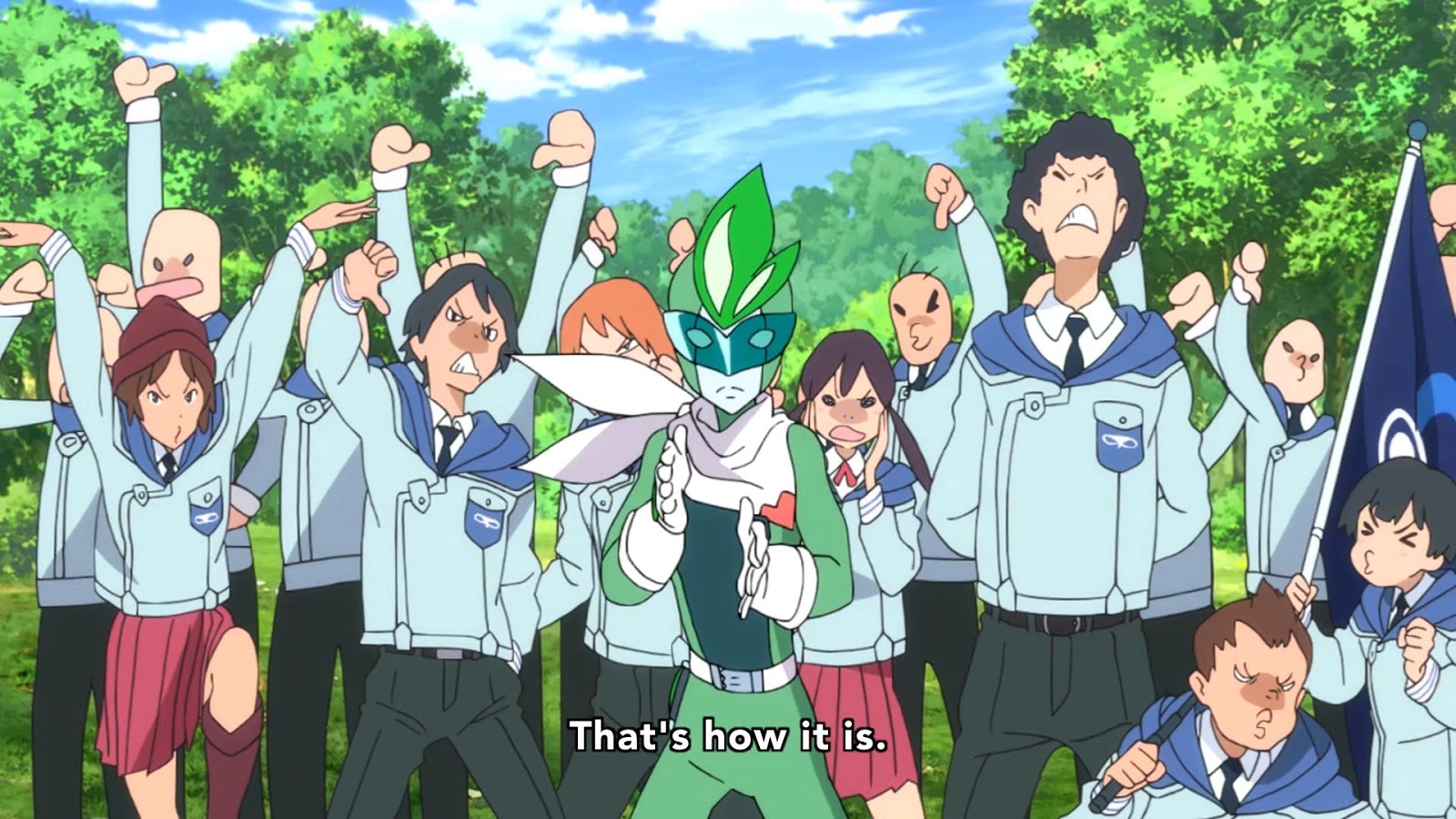 But these battles aren’t waged with guns, blades, or towering mechas; they’re exacted in an orderly fashion with super-powered guys and gals at the helm. Factions are humorously divided into the “the Best”, captains capable of unleashing magical attacks through the use of a strange heart-shaped pin, and “the Rest”, who help out on the sidelines. Perhaps “help out” is a tad generous because they’re more often used to comedic effect as liabilities, bargaining chips, or fodder, but a few are on the cusp of being major assets in the future.
Believe it or not, though, these battles aren’t even the focus of the plot in and of themselves. Our peaceful protagonists certainly fall into the “Rest” category thus far in their cross-country journey on motorcycles. That doesn’t stop the show from indulging in combat scenes, of course, but it’s clear that the show aspires to be more than weekly fighting shenanigans. This has been foreshadowed from the very beginning with some brief commentary on the selfish tendencies of humanity to sweat the small stuff and squabble over scraps, so I’m interested to see where the writers take that for the end-game.
With the groundwork I’ve laid out so far, Rolling☆Girls could certainly be interpreted as a fairly serious affair, but make no mistake – this anime is downright perky and optimistic in tone so far. Comedy and adventure are played up at every turn and this makes for a show that has had few dull seconds, let alone moments. The visual design is suitably upbeat, too, with vibrant colour schemes and a passionate theme song that demands you sing along.
This is seriously one of the freshest shows I’ve seen in years. Most narrative-centric shows are either sufficiently archetypal or foreshadow future events so transparently that I can see plot points coming miles away, but Rolling☆Girls has thrown me for more loops than I care to admit. This is a show where the reveal of a masked hero’s identity that has been built up for multiple episodes is met with snarky comments and general apathy. Even comically it craftily eschews overplayed, stereotypical gags that permeate the industry and manages to go for shock value without ever being crude or breaking this show’s innocence. 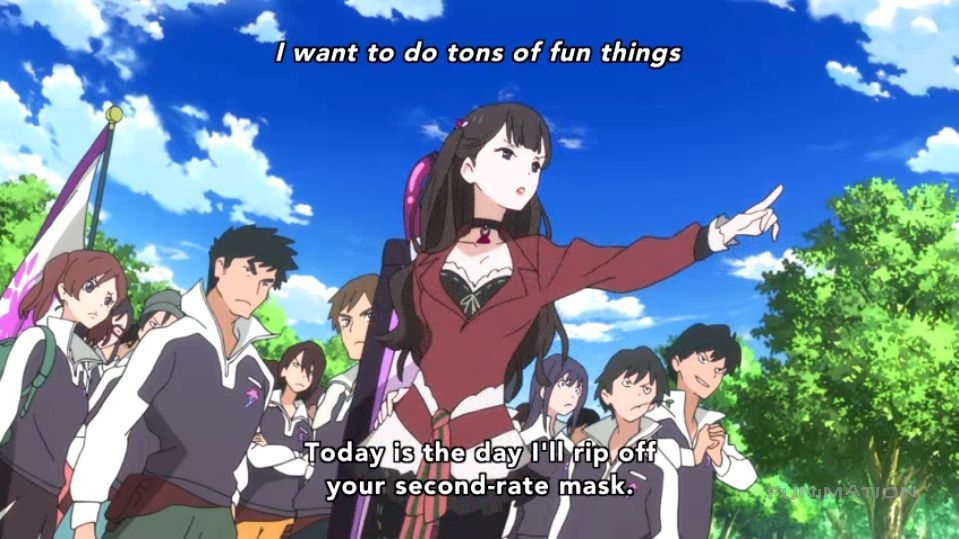 I can’t guarantee Rolling☆Girls will be a classic less than half-way through, but right now it’s that special kind of show that reminds why I began to love anime in the first place.

– Clark A.Anime Editor
Email me at: clarka@digitallydownloaded.net
Catch the stream on AnimeLab
Share this