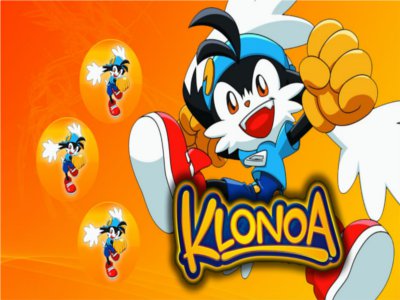 Platformers that drown the player in obtusely hidden collectibles often don’t sit well with me, even if the game itself is a terrific example of the genre. Developers incorporate ensembles of near-useless baubles to inject games with additional hours of life, but the result is more akin to injecting steroids into a scrawny teen whose diet consists of Coke Zero and Boston Cream donuts. At a certain point it becomes a chore and tough to care; it’s clear not nearly as much love and care went into hiding the little trinkets as they did the rest of the game.

Klonoa: Empire of Dreams is the rare title that has me willingly chasing down every collectible so vehemently that I can’t progress to the next stage before nabbing them all, which fascinates me because they have nary an unlockable picture nor a sound test song attached to them. Yes, these gems are perhaps just a notch above Mario’s coins in terms of tangible value.
In actuality, they’re attractive because the game keeps track of them on an individual basis and they’re so coupled with the exploration of each level that leaving a single stone behind makes for a tainted victory. The core gameplay is built around the concept of searching for items – unlike most platformers, three keys are required to progress from one stage to the next – but on a deeper level, it’s because the puzzles required to get the more far-flung ones are an extension of the puzzle platforming action that Klonoa nails so perfectly. 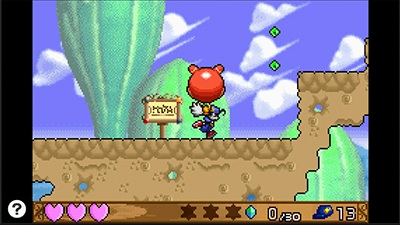 This is then accentuated by Empire of Dreams’ pacing and mechanics. For one, there’s no timer at the bottom of the screen to stress the player as they guide Klonoa through dreamy, labyrinthine worlds. There’s just the right amount of gems to collect in each stage and with all the time in the world there’s no reason not to hunt them. In terms of mechanics, Klonoa handles as well as he does in the bulk of his outings, but this bears mentioning because in this title he’s utterly reliant on his environment for the basic navigation of each level. Many jumps simply aren’t within his reach and require an enemy or a block get that extra distance. These aren’t the deepest mechanics in the genre, to be sure. They’re integral to traversing Klonoa’s vast array of challenges, though, and that experience of searching and solving a series of minor but interconnected puzzles is what defines the game’s central gratification.
As you might surmise based on the lack of a timer and the more methodical exploration Empire of Dreams demands, it isn’t “hard” in a traditional sense of platforming prowess. The enemies here are passive ones that shrug at the opportunity to pummel Klonoa into submission and the game drowns you in so many extra lives that their competence would be a total nonfactor anyhow. Klonoa instead elects to be engrossing for the long haul by persistently introducing new tools and expanding on knowledge players acquired in previous levels. This game is more nuanced than a pack of fun, polished level designs; it’s a set of conceptually evolving ones that are best experienced in a linear fashion due to their interconnected nature.

Related reading: The Klonoa series kicked off with Door to Phantomile, which is also available digitally via the PlayStation Network. 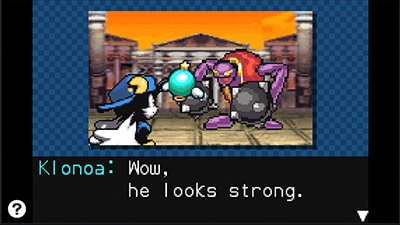 The game’s atmosphere doesn’t hurt it either. The developers attempted some pseudo-3D effects at the time that aren’t flattering on a modern 60 inch display (a more prevalent issue here than even most GBA Virtual Console games), but the backgrounds and the music that accompany them have a funny way of reminding you that you’re not playing a run of the mill platformer; you’re playing Klonoa. Besides muted visual fidelity, my only objection here is that the scope of some levels is too grand to be navigated easily to the point where just finding the beginning of the level is a puzzle in itself. Of course, even this is so rare that these levels might convert to fond memories of being lost and totally immersed in a great game down the road.
Experiences in the vein of Klonoa: Empire of Dreams are why I’m ecstatic the Virtual Console exists; the service has given Bandai Namco’s oft-forgotten gem a new museum to glisten in. Dated as the visuals may appear on the big screen, it’s every bit as imaginative today as it was over a decade ago and it exhibits the extent to which meticulous game design can make voluntary collectables in a linear game feel downright essential to the player.