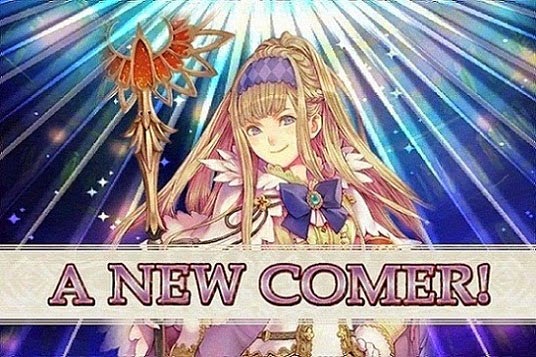 Last year one free-to-play game really impressed us – SEGA’s Chain Chronicle, which was localised for the market by gumi Asia, a Singapore-based developer, localiser, and publisher.

A massive hit in Japan, I was keen to see how gumi Asia sees that English-speaking Asian and western markets responding to the game, especially when there are signs of something of a lull in the mobile market – the sheer deluge of “free” games that are released on it is making discoverability a greater challenge in standing out from the pack. Further, low revenue from individual consumers make for something of a risky business model – unless you’re able to hit the mass market you’re looking at very limited revenue indeed.

Related reading: Our review of Chain Chronicle, by gumi Asia

So I had a brief sit-down with gumi Asia’s CEO, David Ng, to chat about the opportunities he sees in the mobile market place, the future of Chain Chronicle and the kinds of games that gumi will be producing through 2015 and beyond.

Digitally Downloaded (DD): gumi specializes in localizing games from Japan into English-speaking markets. What made you want to build a business model around that?
David Ng (DN): I wouldn’t say we specialise in it. We have had good success with Brave Frontier. We’ve been approached by developers globally to publish their titles.

So far we have had good success with the localisation and culturalisation of Japanese RPGs. Besides that, we have built a rather efficient publishing platform and process for live game operations for 7×24 live operations.

DD: The mobile market is so intensely competitive now. What are you doing to address the challenges of discoverability on it?
DN: Delivering great games is the first obvious step. If your game is good, its audience will gather and commit to it.

In our business, we have one policy: we do not acquire traffic but we find the right users for our games. That means that we are well aware of the custom audiences that we like to target from the very beginning.

Maintaining partnerships with companies like Amazon, Apple, Facebook & Google is another. Social media and mobile gaming go hand-in-hand in getting the word across any title. Reaching to our target audience in those communities goes a long way towards solving discovery issues.

DD: One of the other challenges with mobile is the need to keep content coming for popular games. Are you reliant on your partners providing that content to localise, or are you able to create new content to suit the market for these games?
DN: In the mobile space, we have to do both.

Our aim is to be the best mobile entertainment company in the world, whether it is first party titles created by our internal studios or 3rd party titles from our closest partners. Our goal is to bring the best mobile content to our gamers and ensure a great playing experience.

Let’s use our published and developed games as an example. For Chain Chronicle, SEGA Networks has planned content far and ahead to keep players engaged for at least the next year. With more than a million lines of text in Chain Chronicle to localise, we have a lot of content to keep Chain Chronicle going for a very long time.

For the example of Brave Frontier, we are constantly updating content on a week-to-week basis to keep our fans entertained.

DD: With respect to Chain Chronicle – it’s obviously a massive game in Japan, but what kind of audience do you see it finding in the west?
DN: We are looking for the Japanese role-playing game and anime-watching audience to check out Chain Chronicle. As it is a story-driven title with heaps of JRPG influence, the game will be a hit with the growing anime and manga groups in the west.

With our recent award by Google Play for being one of the best games in 2014, we are very thrilled that Brave Frontier is among the first JRPG to find a global audience. In the same way, we feel that our localisation efforts will result in wider acceptance of Chain Chronicle on a global stage.

A big bonus for that audience is that it’s from SEGA Networks, a 100 percent wholly owned subsidiary of SEGA Corporation. As we know, SEGA is a company with a huge following.

DD: The standard of free-to-play games is increasing. How do you see the mobile market evolving in the years ahead?
DN: The production values for F2P games are rising at an all-time high, almost to the point where it is comparable to a budget of triple-A.

As devices gain in processing power, graphic quality will increase and production value would need to increase accordingly. The trend is shifting more towards 3D.

DD: Singapore seems to be becoming a game development hub in Asia. Why is the country so attractive for development businesses?
DN: It’s because of the government support. Singapore government organisations like the EDB, MDA, and IDA have been doing a great job at building a flourishing ecosystem attracting global gaming giants here to establish a regional media hub.

As the talent pool grows and more success stories happen, the pace of growth of the gaming industry in Singapore will skyrocket.

DD: Finally, what kinds of games do you personally like playing? What are you playing at the moment?
DN: Brave Frontier, Chain Chronicle, and Big Hero 6: Bot Fight, of course! Being the CEO of these titles, I always have to be ahead of the game, so to speak. Fortunately, they’re the best games I’ve played.