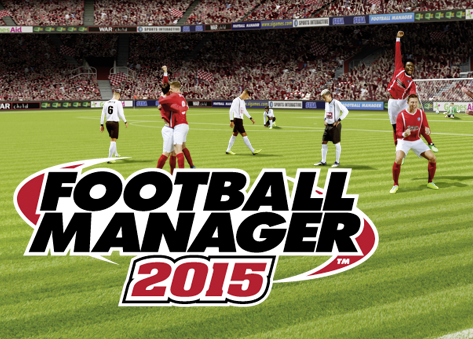 The appeal of most sports games lies in the ability to take part in the action. In soccer, the thrill comes from controlling individual team members and leading them to victory. With the Football Manager series, however, the excitement comes from managing a team from the sidelines.

Football Manager 2015 forgoes on-field interactivity for pages of statistics and information to wade through.You do not influence the soccer matches directly, though your managerial choices across a wide range of different issues will affect the outcome of a match. The more time and care you invest into micromanagement and planning, the bigger the potential pay-off at the championship.

The game starts with you picking a team and managing the players on and off the field, such as overseeing their training, the development of youth players, and the trading and loaning of your top-value players. Other responsibilities of the role span from planning team formations and player roles through to handling the morale of the team. The game allows veterans of Football Manager to control their team to the smallest detail, though a handy assistant manager that provides advice for new players so they don’t get too overwhelmed in what can be an overwhelming game. 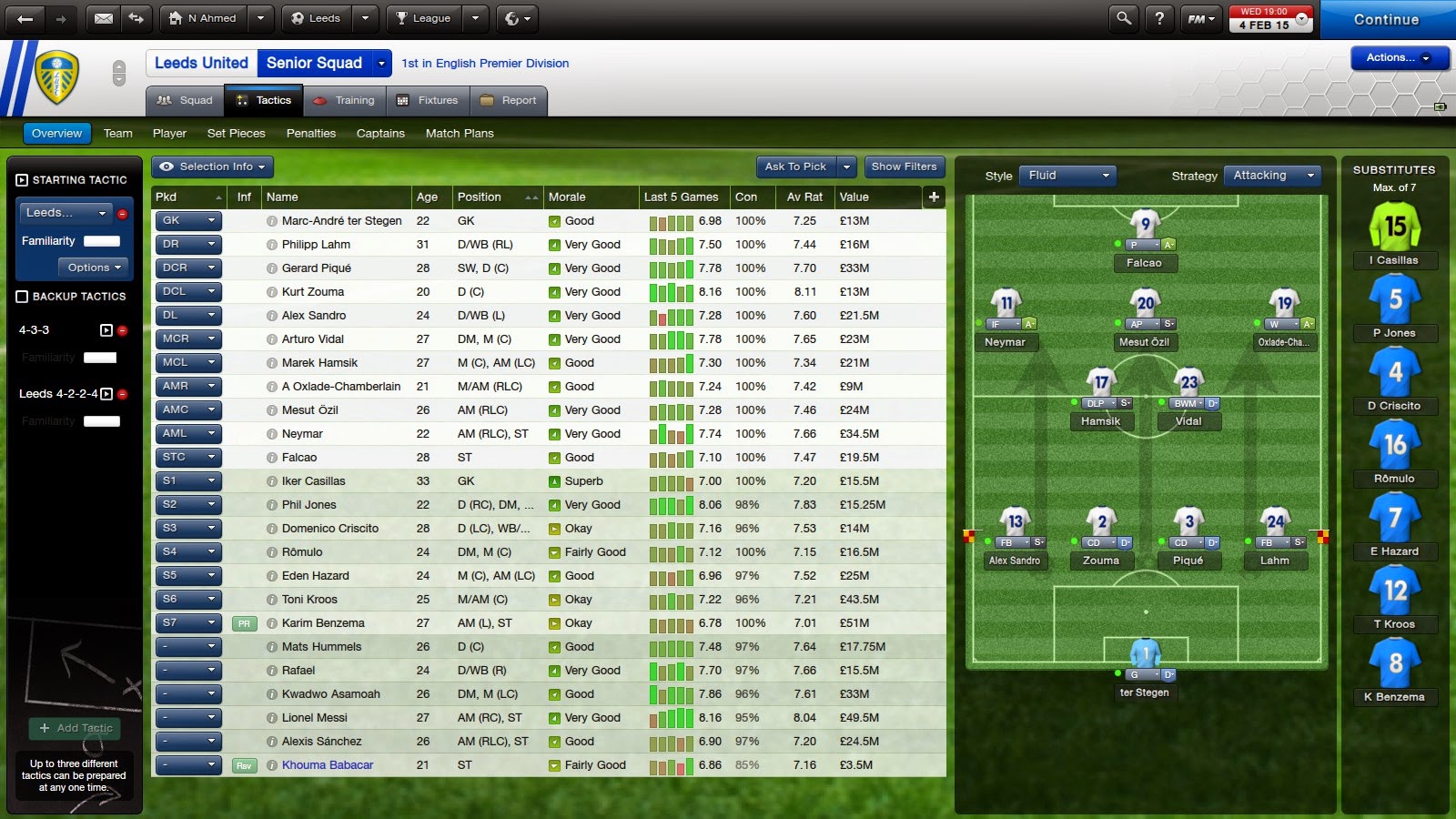 The Football Manager series is on an annual release schedule, so the improvements are not that significant from one year to the next. This year’s edition introduces a sidebar for easier content navigation, and in turn helps to populate the screen with more data. This results in a more streamlined experience requiring less clicks, while at the same time retains the reader-friendliness of past iterations.

The performance of players can be boosted with motivation, and this was limited to pre-game and at half-time in the past. This year’s edition introduces an in-game team talk options, so you can motivate your players during a match. The ability to influence their enthusiasm while on-field opens up another layer of strategy to a game.

Not all of the strategising in Football Manager 2015 is for the pitch, as your team has to deal with media events off the field. Press members come with individual personalities, and it is up to you to manage the responses given to their probing questions. The variety and pacing of the press events is better than before, though the media events have a tendency to bring team management to lull. 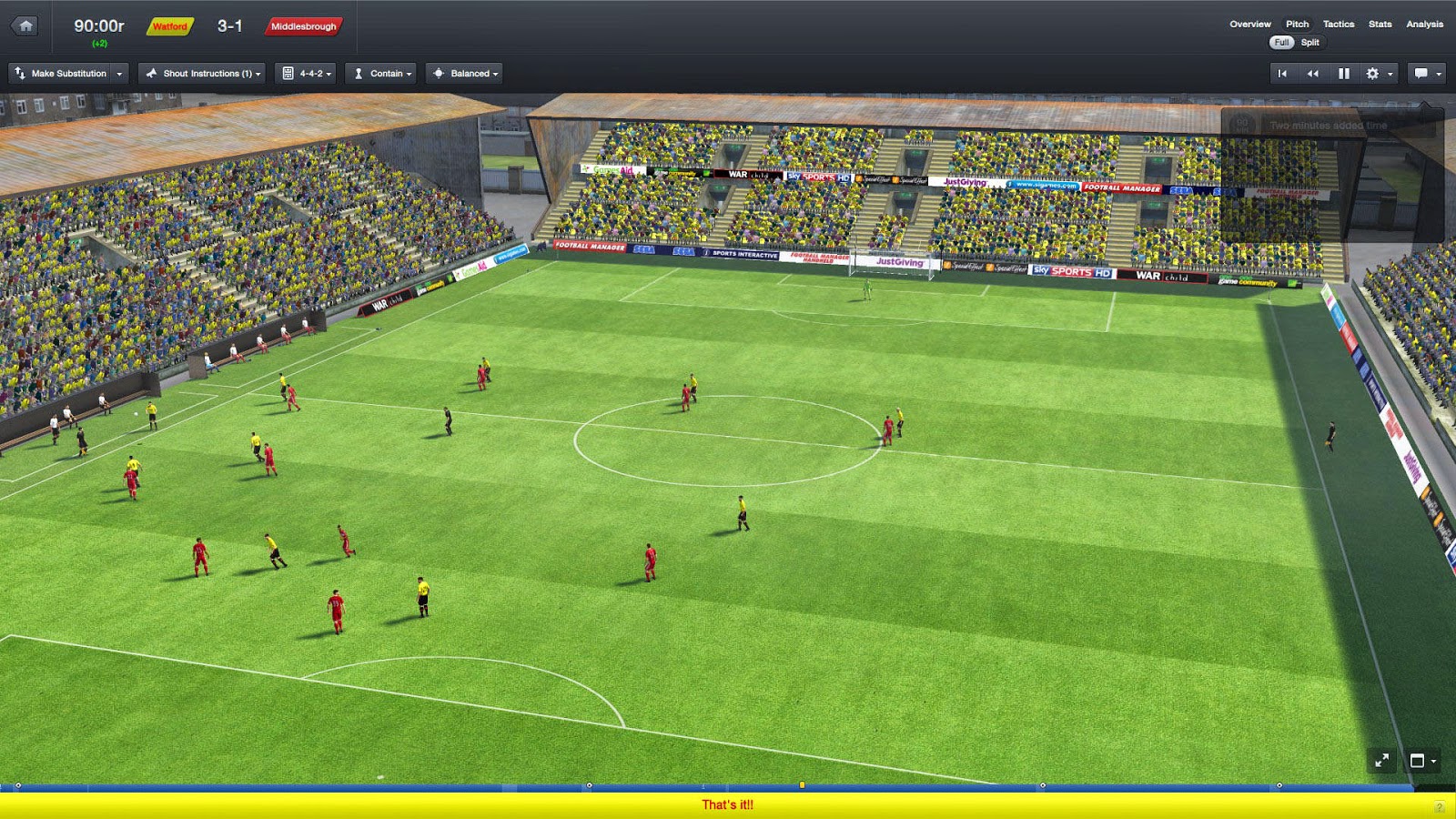 A modest 3D match engine is used to recreate the on-pitch action, and it has received a slight boost over last year’s edition. Player models come with an improved level of detail and movement is smoother overall. The graphics are not even close to the lofty standards set by FIFA games, but they do an adequate job of showcasing a match and the efforts of your hand-picked team.

The Football Manager franchise is niche as niche comes for sporting games, but for people that do like statistics and analysis, this is a beautiful example on how spreadsheets can be made entertaining. Just be warned that you will need to concentrate to have a hope of getting the best results from this game.