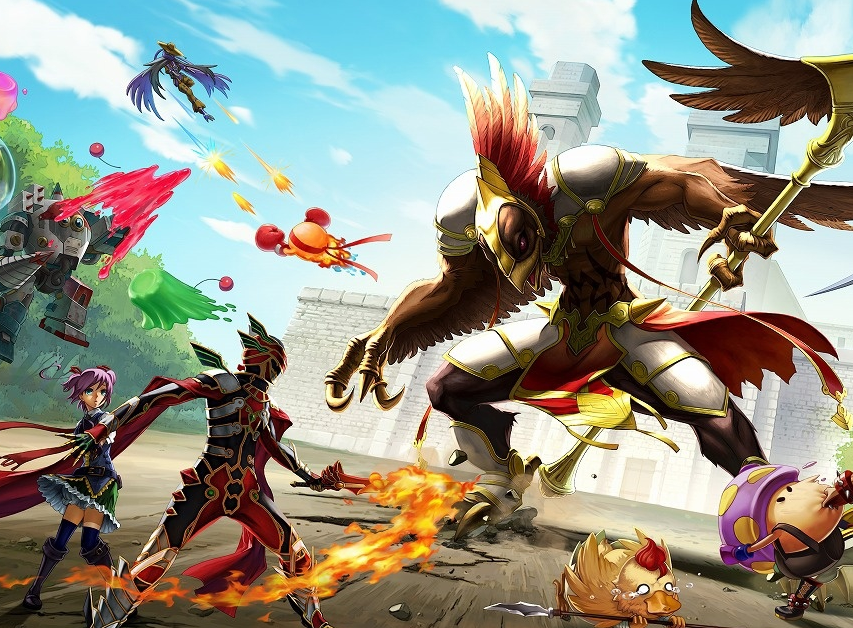 At first glance, Fantasy Hero: Unsigned Legacy seems like a really solid idea. The game is pulling from the likes of Diablo and Monster Hunter and throwing in some anime visuals to cap the whole thing off. In reality the execution leaves something to be desired, creating a solid if relatively average action JRPG game that is short and, in the end, lacking in innovation.

Arc System Works is best known for its high flying 2D fighting games, and with good reason. And, while I can appreciate the desire to do something new with Fantasy Hero: Unsigned Legacy, the end result is a title that is clearly lacks the same understanding of what makes for a classic game as Arc System Works has nailed down with its fighting games.

In this game you select one of four characters: a gunner, a girl with mechanical arms, fighter and wrestler. These play out precisely like you would expect, with the latter two characters putting a premium on melee combat and the first two trying to play from range. There is a distinctive style to the way each character behaves, which does help the combat along in Fantasy Hero, but the biggest problem with this title is the incredibly repetitive nature of the combat. All games have a degree of repetition – the key is in creating new and meaningful ways of doing things to keep the player interested. 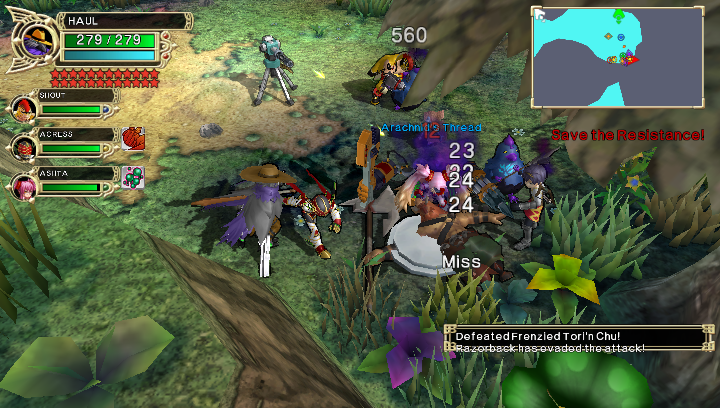 Here combat never evolves from what it offers at the outset. You can use earn and use different skills and they can help the combat’s diversity some, but the vast majority of my time spent playing Fantasy Hero, I was employing simple hit and run tactics while I moved about, making sure the swarming enemies could not encircle me and beat me to a pulp. Lather, rinse and repeat – this is the vast majority of what you do throughout the game.

The mission structure of Fantasy Hero is similar to other games like Toukiden and Monster Hunter, which is a great format for mobile gaming on the Vita. Unfortunately most of the missions lack variety in and of themselves, and Fantasy Hero is not a terribly long game. Doing side missions will be necessary to extent the primary story, as it offers less than a dozen missions to complete. While the game can be difficult early on, the penalties for death are actually quite forgiving as you get to keep your items and the ability to earn experience should appeal to people who like to grind RPGs.

That’s where the Diablo side of things comes in. For starters, there is an aesthetic resemblance courtesy the top-down view and the action combat. Loot is important since certain items are required for equipment upgrades and the experience for levels will allow your chosen character to better withstand the onslaught of Decoders (a sort of animal species that serves as the enemy in this game). 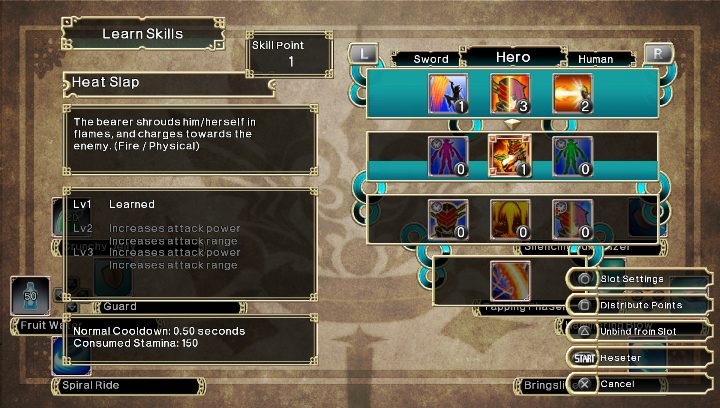 All of this could have been helped along if the story had been more interesting, but the basic premise is that humans and Decoders are fighting for survival against one another. Your goal is the exterminate the vile, aggressive Decoders. Or at least that is about all of the motivation you are given. The story is all voiced in Japanese, so there is a good deal of reading to be had there. It might have been nice if the missions – or even the side missions – had varied based on which character you were using, but unfortunately the premise plays out in the exact same fashion regardless of character choice.

That is a shame, because the characters are really the best part of the game. There is a genuine sense of personality that comes through with their dialogue and combat skills that feels like it could have been leveraged further than it was. The other missed opportunity was multiplayer. Locally you can join up with friends, but the lack of a true online server feels like a major oversight given how popular those modes are in titles like Monster Hunter and Diablo. Given the somewhat short nature of the game, this could have been a great way to extend the life of the title. At the very least, the on-screen mayhem is a lot more fun with friends, but because of the limited options for connecting, most people probably will miss this opportunity.

That is not to say Fantasy Hero: Unsigned Legacy is a bad game. Far from it, there are moments when it is fun and most of its mechanics come together. The problem is that the overall experience is rather short, and very little about the game is memorable once you put the Vita down. There are some obvious points of inspiration, but very little more is done to innovate above and beyond those inspirations and that is a shame because I love the fact Arc System Works took a chance to try and do something a bit different – it just did not come together in the end.

DDNet Game of the Year Awards 2014! PlayStation Vita Game Of The Year

Got a Nintendo eShop card for Christmas? Here’s ten Virtual Console games to make the most of it