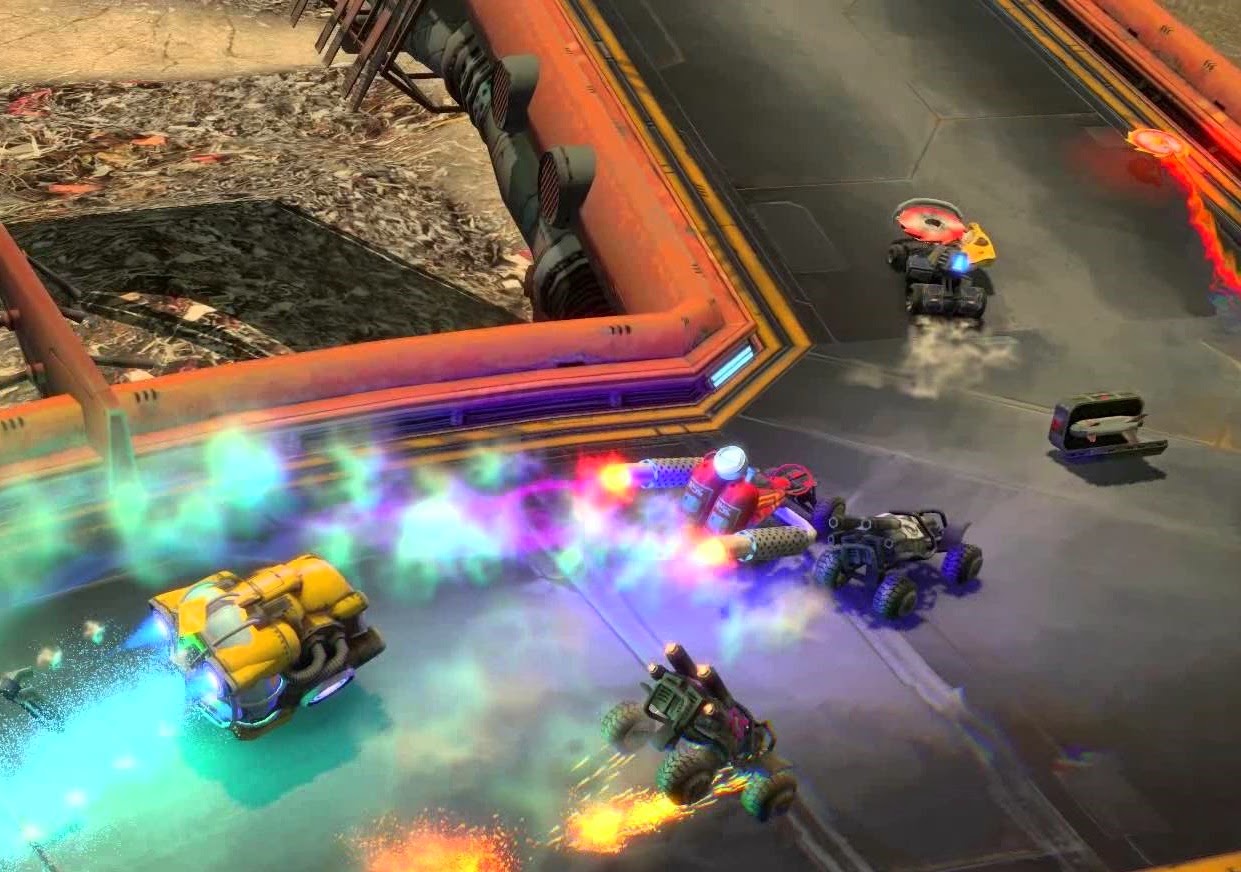 Rock ‘N’ Roll Racing and Super Off-Road were two of my favourite racing games as a young’un. Rock ‘N’ Roll Racing alone saw me sink more money hiring it from the local video shop than it would have cost to buy it! BlazeRush attempts to bring back some of this isometric racing mayhem back to the fold, and it succeeds to an extent, bringing back fond memories more than doing anything amazing to ensure the genre gets another solid push.

The aim of BlazeRush is simple: it’s a kill or be killed racing game. That is, you’re tasked with avoiding traps and opponents alike, all while battling to stay ahead of the pack. It sounds fun, and it is, but it also comes with a mechanic directly pulled from the old Micro Machines games, where any player that gets too far ahead or too far behind is brought back in line with the rest of the pack. This worked well in Micro Machines, where racing well will still score you a win even with the engine giving laggards a leg up. But in BlazeRush, particularly due to the usage of weapons, there is no real reward for being good at the game. Imagine you are approaching the final corner of a race, only for your opponents to suddenly appear right behind you, all firing missiles at once, ensuring your immediate defeat. This happens often in BlazeRush, and it’s a pain. People who play Mario Kart will know this feeling, but it’s far, far worse here. Of course some people may enjoy this mechanic more (I can see the benefits of inclusivity for players with lesser talents and allowing them to compete in the game), and it does work for a party game, but I couldn’t help but be annoyed at having to do levels over again because the AI decided to hammer me at the end of a race. Nitros also constantly appear behind the lead car, which is just way too obvious in trying to keep everything even and chaotic, but it is anything but fair.

When it comes to multiplayer however, it is an entirely different story. Those who are like me and get annoyed with the above Micro Machines mechanic can revel in survival mode. Survival mode pits folks in a mad dash to keep away from a bulldozer. Once the bulldozer catches somebody, they get eliminated. This mode does a better job of rewarding skilled players, and is better suited for any kind of competitive play over party style play sessions. 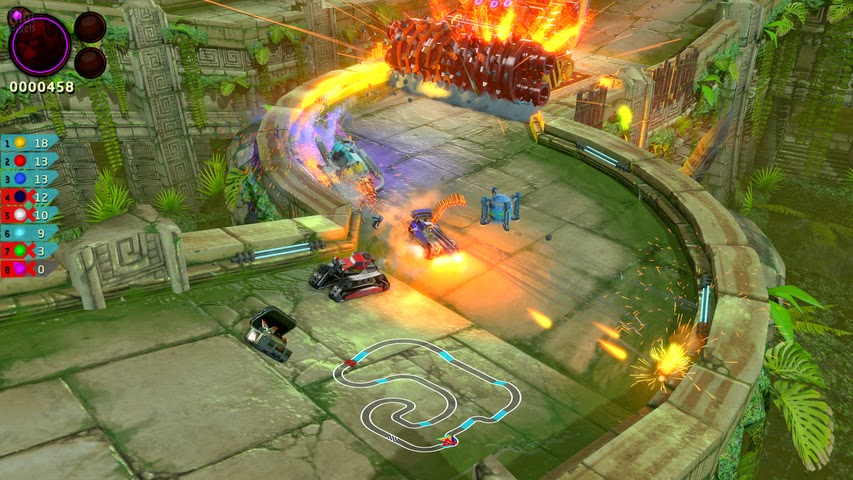 The tracks themselves showcase a pretty visual artistic direction (albeit standard environments seen in many games). There are post-apocalyptic stages, as well as arenas set in a world of fire, ice, and ancient tombs. It comes across as video game environments 101, but they look rather striking, so at least it has that going for it in the visuals department. It’s a shame that it is all they provide, because the overall presentation of BlazeRush is rather boring and bland. There is next to no personality to this game at all. It clearly wants to be Han Solo, cool, edgy and a little bit dangerous, but comes across as Qui-Gon Jinn instead; playing it safe, and being functional but failing to really impress.

All in all, BlazeRush is a great game to have a few mates come over and a laugh or two (and perhaps a few beers if you are old enough!). There are modes for purists and casual party fun, so it does have that sense of something for everybody. The only thing really lacking here is the personality, which is a shame, because Rock ‘n’ Roll Racing was full of personality, and BlazeRush could have been a new contender if it followed suit.

Atelier Shallie: Alchemists of the Dusk Sea coming to PS3 on 13 March 2015