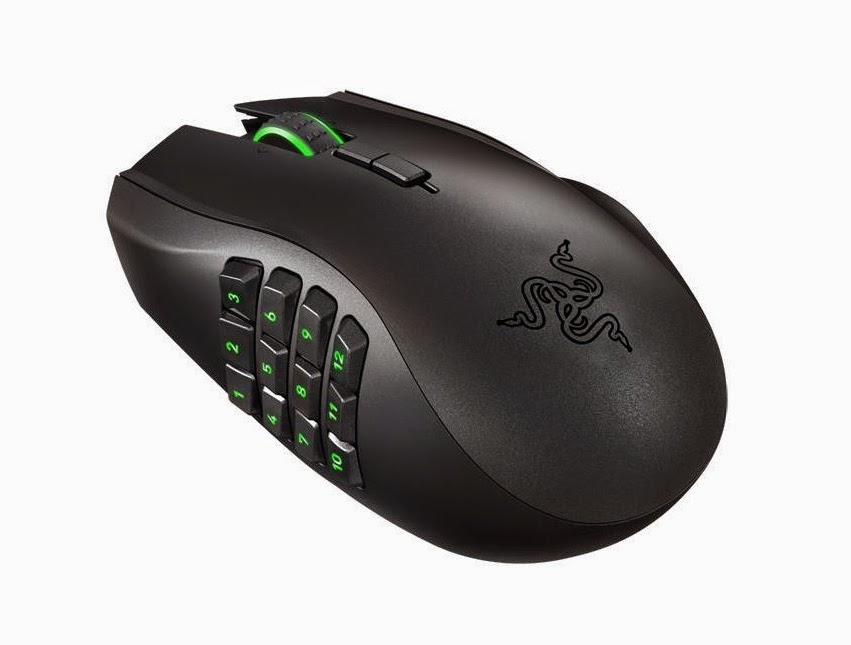 Until you’ve used a mouse at around the $200 price point, you can’t possibly understand why someone would want to spend $200 on a something when you can get one that works for a couple of dollars. But of course, when it comes to serious gaming, money spent on a slight advantage is money well spent, and this is Razer’s core market. The  Razer Naga Epic Chroma isn’t cheap, but it hits all the required notes for a top quality gaming mouse.

The Naga Epic Chroma is a terrible name for a mouse. It’s almost like Razer is trying to compensate for how fundamentally uncool mice are with a name like that. Terrible name aside, anyone who spends a fair amount of their time in MMOs will find this product a premium one to go with the premium pricing.

The most noticable feature of the mouse is, of course, a load of tiny little buttons, numbered 1 through to 12, on the side of the thing, right about where the thumb rests. These are specifically designed for MMOs where you’ll be needing loads and loads of buttons, and it might just be more convenient to click on them on the mouse rather than memorise convoluted patterns on the keyboard.

The buttons are of course programmable and therefore usable for other games, but I found it a distinctly uncomfortable mouse for most other games. It was far too easy to accidently click on the buttons when I wasn’t focusing on how my hand was interacting with the mouse, and I’m not sure how valuble a mouse is if I have to keep delving into the settings to forcibly switch certain buttons off just to make it ergonomic. In other words, when I was playing a (mostly) two-button game like Europa Universalis, or simply working on my computer in word processors and the like, the fact I wasn’t focusing on what my thumb was doing all the time mean that it would often inadvertedly click on one of those 12 buttons on the side. Over the longer term this forced me to hold the mouse in a less comfortable position than I would have liked. 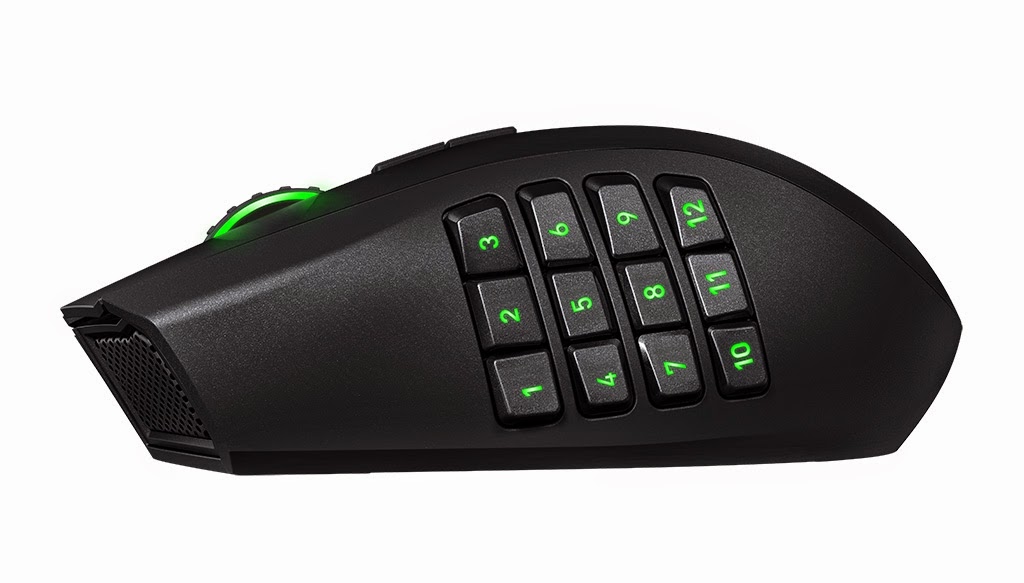 There’s also a potential issue that those side buttons are too small, and so you’ll rely some hands-on time with the mouse before you’re clicking the ‘5’ button as you intended, rather than the ‘8’, for example. Once you are comfortable with the mouse, having those buttons there really does help speed your response time, but as the mouse’s price suggests from the outset, it’s not a mouse for more casual players.

There are other buttons built into the top of the mouse, and in addition to the two main buttons and two additional top buttons, there is a standard scroll button with the distinctly non-standard ability to flick that button left or right for even more commands. It’s quite impressive how many buttons Razor has been able to squeeze into the mouse.

There’s also the ability to go wireless (or use it as a wired mouse if you prefer), and customise the glow of the mouse from something like 16.8 million colour and lighting effects. The mouse’s laser allows is capable of 8200 DPI, which allows for precise control, and it’s fast enough with 50g of acceleration. The mouse also makes use of Razer’s proprietary software, Synapse, which is where you’ll be assigning buttons and colour control. It’s not the most exciting software out there, but it does use an account system that allows you to save your settings to the Cloud, saving you the tedious process of setting it up a second time if you get a new PC or head over to a friends for a gaming session on their rig.

Also take note, left handed folk – this mouse is strictly righty-only. Some mice are comfortable enough when using them on the “off hand,” but this one is not.

In all this is a good mouse. It’s expensive, but it offers the specs to back that up, and is nicely customisable with the colour settiing. MMO players, especially, will want something like this if they haven’t already invested in a specialist mouse.

DDNet Game of the Year Awards 2014! Blockbuster Game Of The Year