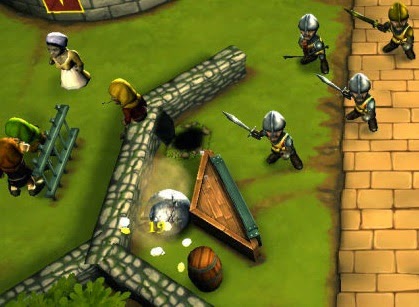 Rollers of the Realm is a pinball-RPG. Adding RPG elements to skill based gameplay can often lead to something that feels both weak and unfocused, with Destiny being a recent example, so I was more than wary upon hearing that developer Phantom Compass intended to add role-playing to pinball, one of the most skill based games in existence. Thankfully, Rollers of the Realm stands as a shining example of how to hybridise genres, as its production values make it a game much greater than the sum of its parts.

The game plays like a traditional round of pinball, although the tables are all based on RPG locales such as towns, caves and castles. Your party members take the form of balls (why this happens is never explored or even addressed, since non-playable characters still look very human) and must complete objectives on each map by bumping into targets in each level. 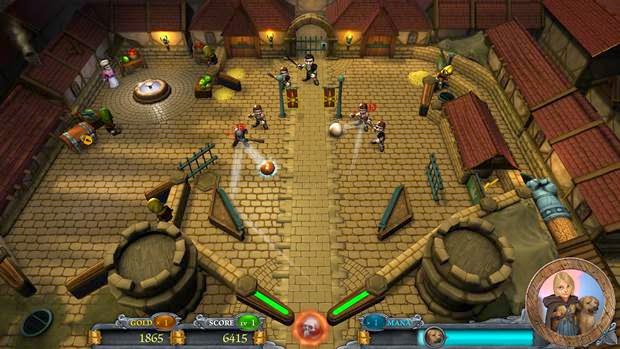 What is truly exemplary in the gameplay is the expert distilling of the RPG genre into pinball mechanics. Fighting enemies is conveyed by sending your ball careening into them: melee enemies will retaliate by smacking your ball towards the little gap between your flippers, while ranged enemies can directly damage and reduce the size of your flippers. Exploring is done in the same way, with various tunnels in each table that lead you towards treasure. Many levels have a chest which requires a key to open, and hitting both the key and the chest in order is a tough task which is unlikely to come about by accident. The tables are complex and well designed, with many having several levels and connecting passages to allow for a dynamic experience.

Outside of the pinball table, the world map is divided into a series of levels which mostly need to be tackled in succession. There are a few branching paths and opportunities for more loot which are a nice touch to convey a sense of exploration. Gold you earn can be spent buying extra party members or equipment. Levels can also be replayed to get a bit of extra gold and experience; the game actually suggests that players do this since the later levels can get very difficult as a clever little abstraction for grinding experience levels in conventional RPGs. Shopping and character development are kept to a minimum however – this is a game which really emphasises fast-paced action.

The equip system is handled particularly well, as it allows you to develop your characters to attune to your playstyle. There are over ten characters in the game, each represented by a different ball. They run the whole spectrum of stereotypical RPG classes, from rouge to knight, alchemist to healer. Each have an active and passive ability, for example the hunter can shoot nearby enemies as the ball passes by, while the rogue deals extra damage when hitting enemies in the back. There’s clearly a lot of thought put into which class does what, and the transition from RPG stock character to the pinball mechanics is handled so smoothly that players can understand what each class’s role is in an instant. 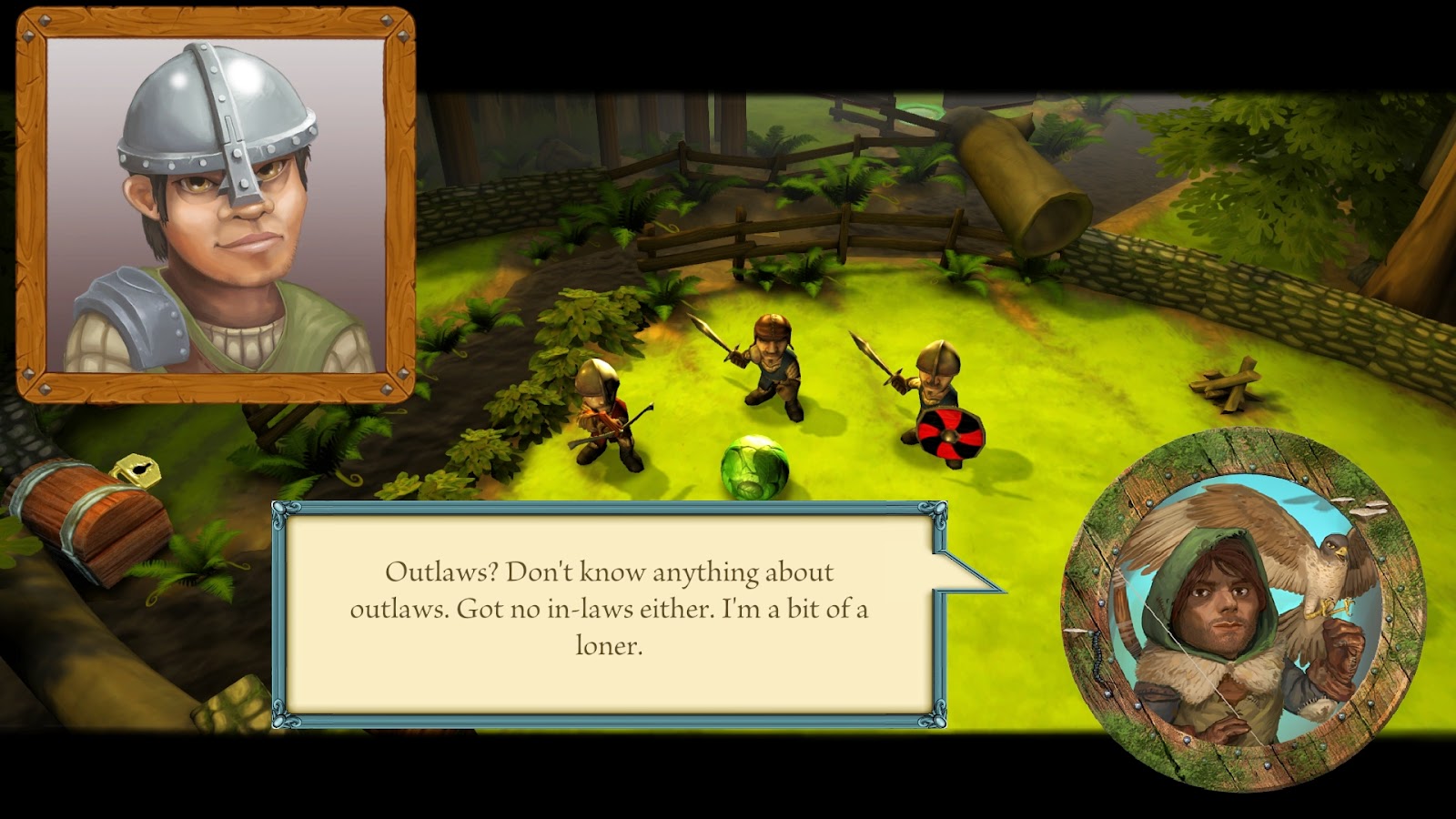 All the depth in the gameplay mechanics is matched to an excellent difficulty curve which starts simply enough but ended as one of the most difficult pinball games I’ve ever played. The key to Rollers of the Realm’s take on pinball is that there is no tilt function, but instead players can slightly alter the trajectory of the ball to the left or right based on that character’s agility stat. Many level designs feature small targets which have to be hit, and very early onto the game you’ll be expected to have mastery of this mechanic. The sheer amount of enemies, attacks and targets on stage at once can become overwhelming in the later levels, so Rollers of the Realm is a game you can rely on to provide a fair challenge.

It’s clear, however, that the bulk of Phantom Compass’s development efforts went into the game’s mechanics. The plot, while serviceable, is loaded with all the clichés we’ve come to expect from the RPG genre. In the first few chapters we run into a corrupt authority figure, a rebel base, an ancient prophecy and a forest maze. Rollers of the Realm doesn’t deconstruct or lampoon the high frequency of these tropes in RPGs, as many modern games seem to do to appear above it all, but instead play them all straight as if they weren’t clichés in the first place. Admittedly the plot does grow legs towards the later chapters, but it does so through effective execution of existing generic conventions, rather than setting out to explore any new ground.

With plenty of levels, several endless modes and multiple characters, there’s a lot of replay value to be had in Rollers of the Realm. The relatively toned back violence makes this a game I’d readily recommend to younger audiences, and the story is very good on the inclusivity front with representation for characters of various races, genders and ages. Phantom Compass has their quirky combination of pinball and role playing wrapped up tightly in a fun, agreeable package with excellent mechanics and a keen attention to detail. Rollers of the Realm comes highly recommended to all players looking for some casual fun, regardless of RPG or pinball experience.