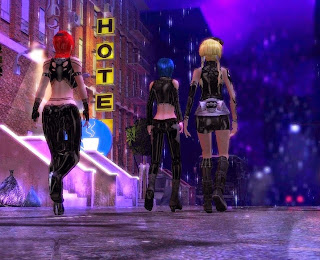 I would like to start this review with a story. A personal anecdote, if you will. One night after a lot of alcohol (digression: why do I have so many stories that start like that…?), I switched on the TV just in time to catch one of those late night movies that are designed specifically to appeal to people on a serious beer bender.

The film starred Mr. Freddy Krueger, Robert Englund, himself, and was a classic tale about a man who owned a strip club whose workers can all been turned into zombies. Okay, perhaps not such a classic story, but it was a story. About Zombie Strippers (capitalised because that’s the actual name of the film as well).

Now I’m sure you can all imagine how much of a work of genius this is, but if I’m being brutally honest, I had had enough alcohol that the only scene I really remember in it was a memorable piece of cinema where, in the middle of a fight, one of the zombie strippers discovered that her more powerful undead body meant she could shove pool balls into her unmentionables to turn herself into a human cannon.

Yep, Zombie Strippers was a special kind of film. It was in so many ways the very pinnacle of grindhouse cinema, miraculously combining ridiculously low production values, crass content, violence and sex all over the place, into something that was simultaneously impossible to watch, and impossible to look away from. It was a movie with an unrelenting underground punk energy so pure that made it really quite good at being terrible. 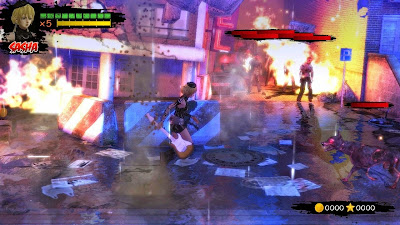 Now, Rock Zombie doesn’t have human cannons, though that might well be something the team would want to consider for a sequel, because in most other ways it’s the same kind of thing as Zombie Strippers. By that I mean it’s an appallingly bad title that somehow is hard to put down thanks to the amazing excess of bad that it assaults the eyes and ears with. I’m sure the faux-heavy metal loops that loop in the background have both ruined my hearing, and I’ve never quite seen a game get aesthetics quite as wrong as in this game, but I did finish the game’s 21 overlong levels, which means either there’s something to the game or I’m a masochist of the highest order.

So what exactly is Rock Zombie? It’s a basic, generic beat-em-up in which you take control of one hard rockin’ young lass in skintight leather, wielding a guitar as a weapon, and wander through decrepit, wasting environments beating up hordes of zombies. There’s a basic combo system and some super-powered attacks, but really it’s a button masher and it’s unapologetic about that. There’s different kinds of enemies, and they’re universally ugly, and that’s not just because they’re zombies; they’re missing entire loops of animation and don’t seem to have faces, or features of any other kind for that matter. It’s hard to tell if they’re naked or wearing clothes half the time. 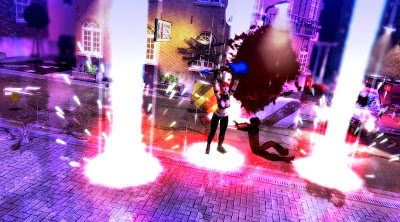 But most incredibly, this is the functional side of the game. When it’s sticking to button mashing poorly defined enemies, Rock Zombie is at its best. It’s when it tries to do other things that it falls apart. Take when it tries to tell a story, for example. Apparently inspired by the way lots of other developers tell stories using comic book stills, Rock Zombie also tells its story using comic book stills. Except that they’re not exactly well drawn stills. Actually, they were probably sourced from Fiverr. They are low resolution and fuzzy even on the Wii U’s small Gamepad, and the story that these panels are meant to support fail to create even a hint of personality in any of the characters or tell a halfway decent story. I do remember that the character I played through the game with looked and moved like a mannequin doll badly animated by black magic, and I remember that she was dressed in what I think was meant to be sexy rocker gear, but I can’t remember her name. Or even why she was fighting zombies (the game does explain the zombie outbreak at the start but I honestly can’t remember why it happened).

Looking past the “narrative,” for an in-game example of the developers overstretching their limited talent, consider the motorbike. When you’re riding a motorbike the game transitions from beat-em-up to a Carmageddon wannabe, where you need to drive down a stretch of road and mow down zombies. The problem was that the controls were so twitchy and the movement so jerky that I got a little sick watching it. And that wasn’t the beer speaking.

Oh, and the zombies don’t move when you’re hooning around on a bike. I mean this literally – they stand on the road mid-step, and do not move. 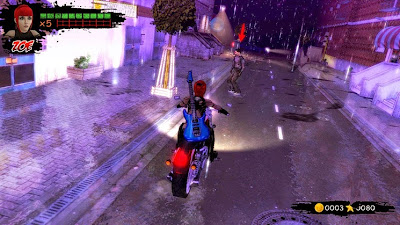 There’s in-game currency to earn and spend on unlocking concept art (because really people are going to like this game so much they want to see concept art of it) and additional costumes and weapons, but to suggest this game has replay value is laughable. As I said, the levels stretch overly long, so the first play through takes longer than any sane person would suggest is a good idea, but now I’m done with the game I’m never coming back to it. Just as I’ll never watch Zombie Strippers again. These examples of entertainment stop being entertaining once you take them seriously enough to experience them a second time.

It’s worth giving Rock Zombie the benefit of the doubt that it wanted to be a trash Z-grade grindhouse game. And if so, mission accomplished. It’s just so bad it’s worth throwing on in a drunken haze for a laugh or two.