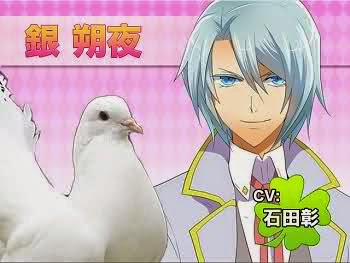 In all honesty I never thought I would ever type the following words: Hatoful Boyfriend, a dating game staring pigeons, is being released on consoles, in English.

And I bet you never thought you’d read that.

The game is really quite famous on account of being… well, the very definition of “those weird games that sometimes pop up in Japan,” and apparently publisher Devolver Digitial (the same folks that brought the Shadow Warrior remake to our shores) saw market potential in that infamy (as well as perhaps the very positive response that the Steam release enjoyed).

And as a result this game is getting a release on the PlayStation 4 and Vita. Funnily enough, despite the sheer insanity of the idea, by all accounts the game is legitimately good and well worth playing. It’s a great thing that digital distribution has allowed publishers to take on more risky localisation projects like this one, and hopefully it’s a success for Devolver to validate the decision to take a risk.

Full press release and trailer below: 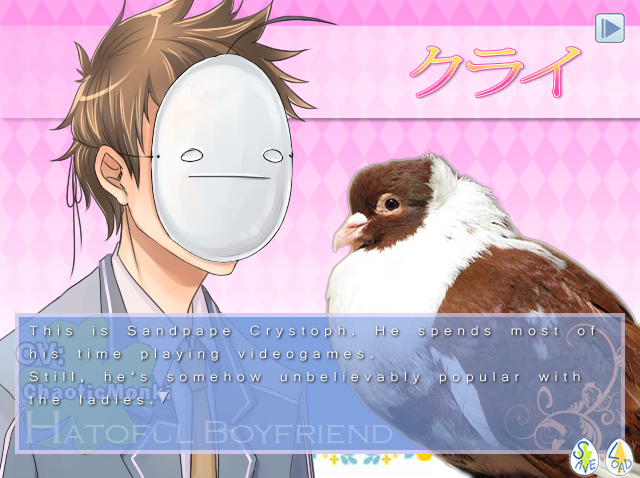 Mediatonic’s interactive adaptation of the Pigeon Fancying classic is based on Hato Moa‘s seminal visual novel, exploring the struggles and insecurities of the only human student’s search for love at a prestigious school for birds. Romantics will encounter a feathered cast of characters and try to coo a suitable love interest. Those with darker tastes might discover something altogether more sinister. Follow your heart as you choose your path and go on starry-eyed dates, but be wary of fowl twists and turns along the way that could turn your love life upside down.

Hato Moa, creator of Hatoful Boyfriend and pigeon romance visionary commented, “I never dreamt when I first made Hatoful Boyfriend I’d see it on PlayStation. Thanks to the amazing fans and Mediatonic, I hope now even more people will discover pigeon love… All you need is dove.”

Adapted from graphic novel form, the PC version of Hatoful Boyfriend was released into the wild earlier this year to astonishing critical acclaim.

As a direct result of the overwhelming avian love from fans in France and Germany, and their desire to be able to date pigeons in their own native tongues, Hatoful Boyfriend for PlayStation 4 and PS Vita will be fully localized in French and German on release. Once the gargantuan task has been completed by the ranks of confused translators currently poring over every strange nuance of human-bird relations, the localizations will also be heading to PC as a free update.

Fork Parker, Devolver CFO, CEO, OOH, offered “All y’all PlayStation nerds need to stop waiting for The Last Guardian to magically appear and buy my pigeon dating simulator. It’s the only sensible thing to do. ”