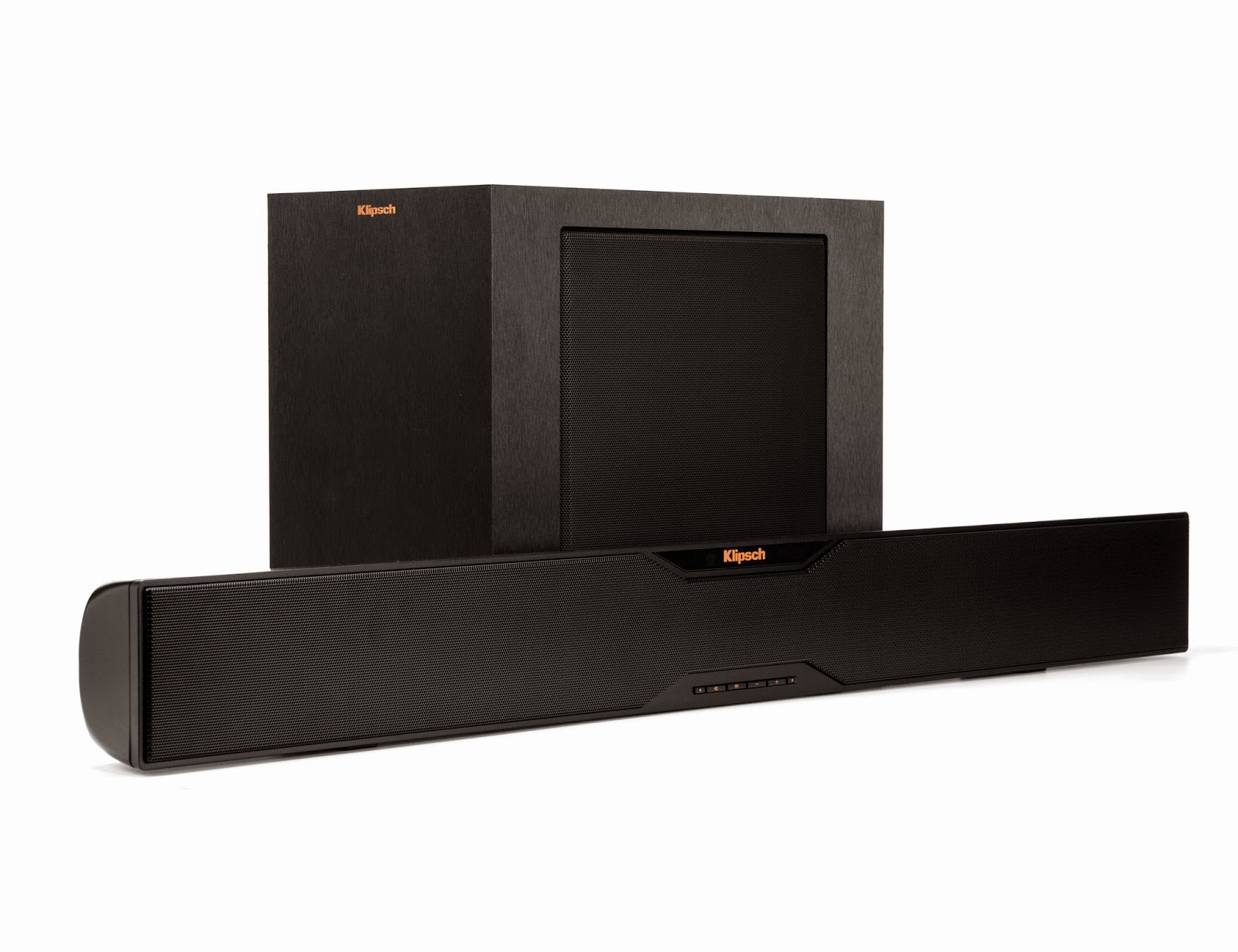 Klipsch’s R-10B Soundbar is full of contradictions. It’s big, bold and in-your-face. It’s delicate and subtle. It’s expensive, but good value. It can be loud enough to attract complaints from the neighbours or as quiet as distant thunder. Still, there’s one fact that’s beyond debate. This thing is HUGE.

The R-10B is Klipsch’s mainstream home cinema unit, but it only took one look at the car-sized packaging to make me realise that I need a bigger home. At around 102cm long, 10cm high and 7cm deep, the soundbar is a monster. Thankfully – since there’s absolutely no chance that you’ll be able to hide it away – it also looks good, with Klipsch’s usual retrained styling and great build quality. The PC-sized subwoofer is much boxier but, as it painlessly connects to the main unit via Bluetooth, you can always shove it in a corner. Nevertheless, the R-10B is imposing enough to qualify as a statement piece: link it to your television and you’re telling the world that you’re serious about the way you listen to your movies.

For such a high-end device, the R-10B is surprisingly modest when it comes to connectivity. Best results come from linking your TV to the soundbar with the supplied optical cable but, if your TV doesn’t support such a thing, you can always try the stereo RCA or aptX-enabled Bluetooth inputs instead. And that’s it. There are no 3.5mm jacks, no redundant USB ports, and certainly no HDMI. While the pared-down input panel might put some people off, at least it’s simple. Attach the optical link, plug in the soundbar and woofer, and off you go. 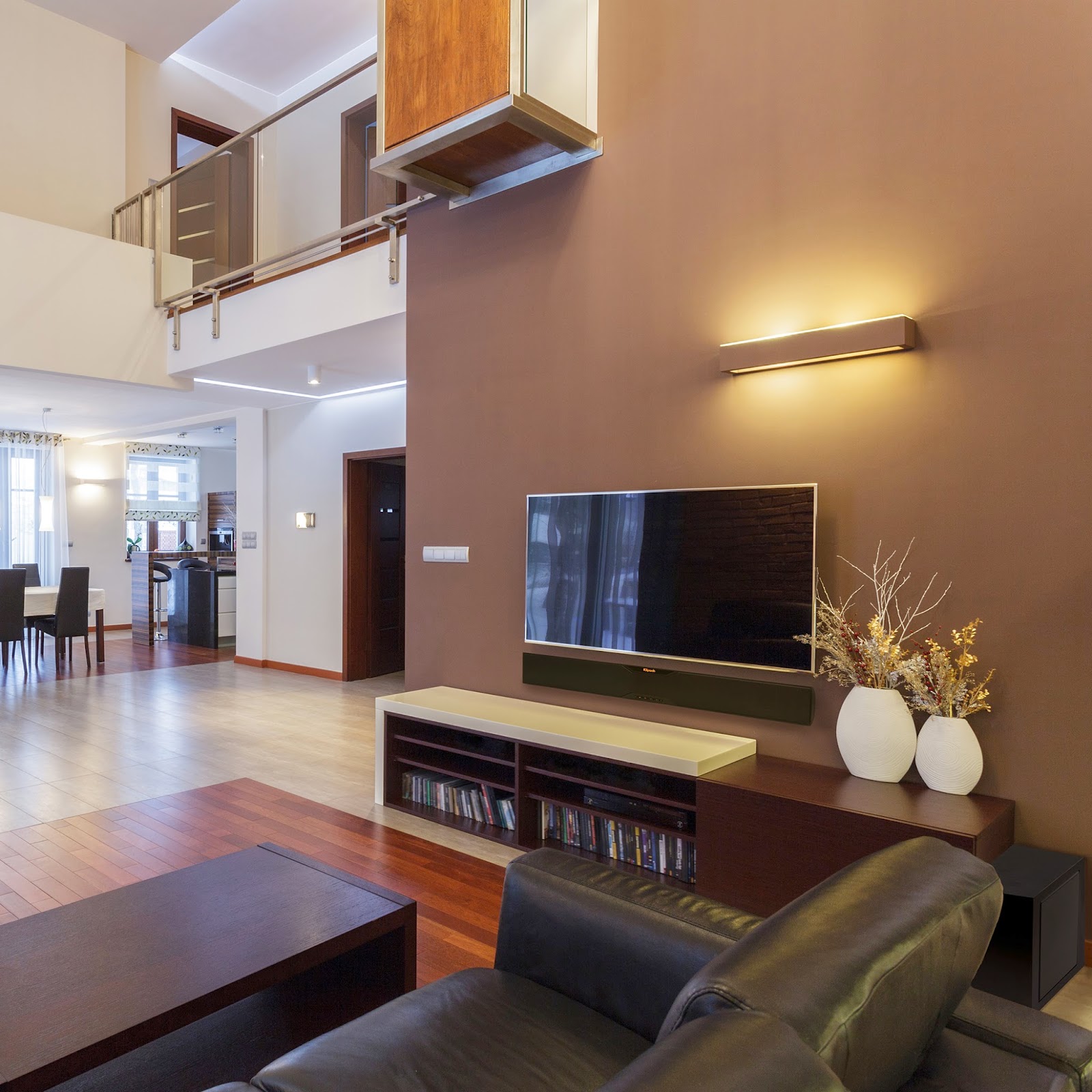 The R-10B’s audio credentials are supplied by a plethora of driver units. Bass is provided by that monstrous 8” subwoofer, while the soundbar delivers higher frequencies via a pair of 3” speakers, two .75” dome tweeters, and dual Tractrix horns. Volume adjustments are made with a credit-card zapper (although you can also program things to work with your standard TV remote) and bass levels are tweaked via a dial on the woofer. There’s also a switchable surround-sound mode for an enhanced cinema-like experience.

The soundscape can be summed up in just one word: fantastic. A crisp midrange pushes dialogue to the fore, while the woofer provides a powerful but well-balanced rumble in the background. To my ears, it’s just like the sound at my local multiplex: immersive, visceral and difficult to ignore. That might not be to everyone’s taste, but it suits movies perfectly.

To test the R-10B’s sonic prowess, I selected a number of titles that fare poorly when played through a standard flatscreen TV. First up was 3D space epic Gravity. An early sequence has George Clooney flying around on a jetpack while bantering with Mission Control. This scene sounds lousy when played through the integrated speakers on my Sony Bravia: it’s difficult to hear, and (as the old joke goes) completely lacking in atmosphere. The Klipsch transforms things utterly. The attenuated radio chatter gains clarity and tone, and the ominous growl of thrusters made me feel like I’d left my stomach behind. It’s just like being at the movies. 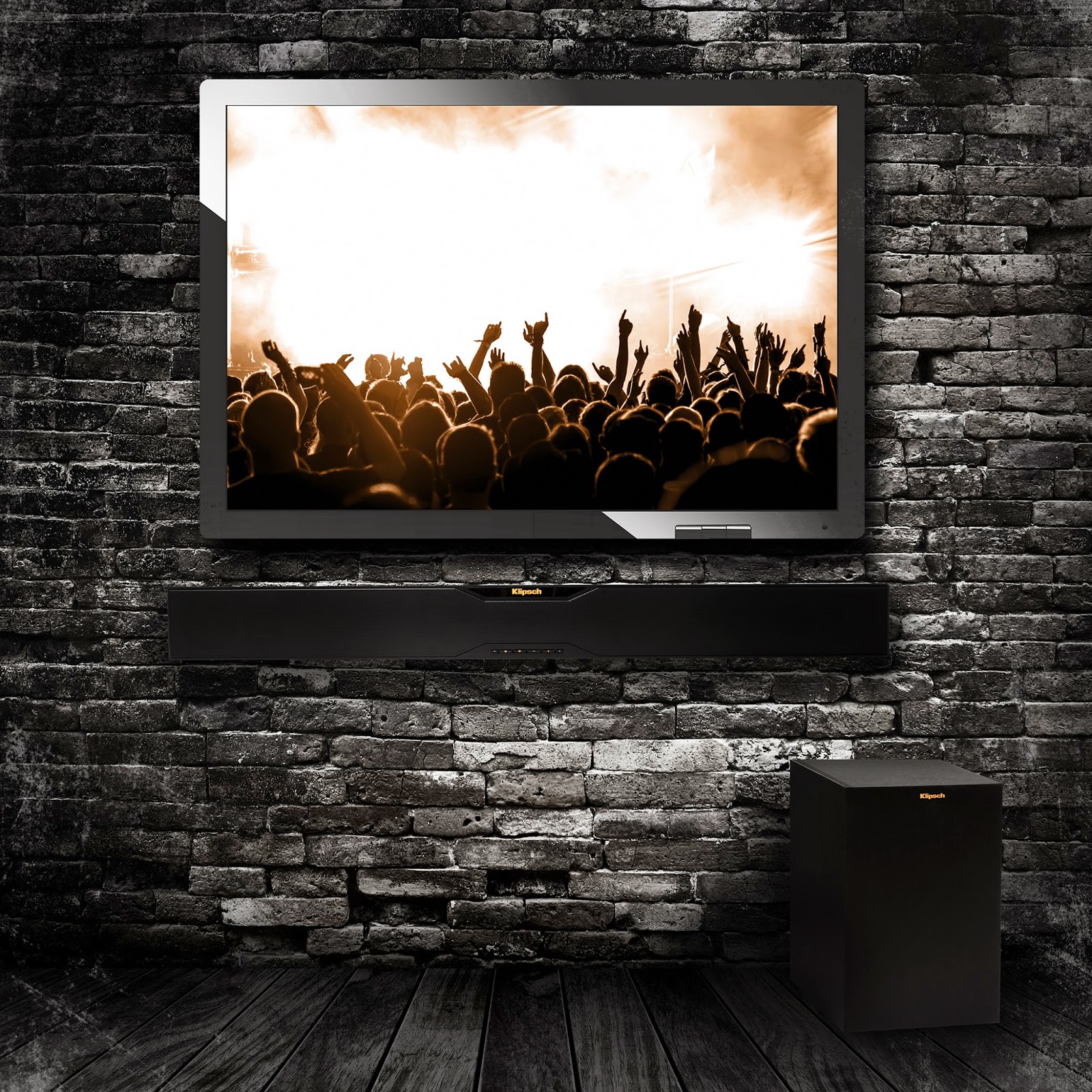 The next candidate was the current series of Dr Who. My beef here is that the sound production isn’t always well balanced, and Capaldi’s gentler tones can be lost in the background noise. Again, the Klipsch saved the day, making the whole thing much more enjoyable. Similarly, Marvel’s Agents of S.H.I.E.L.D. went from good to great, with a well-designed soundtrack that really shines when played through kit of this quality.

The final test was on a range of everyday TV programmes. These generally performed well, but the R-10B’s powerful woofer sometimes overemphasised the bassline in a way that the programme makers never intended. This highlights one of the unit’s few real annoyances: it’d be great to be able to adjust bass levels via remote control, rather than having to fiddle at the back of the box. However, this is offset by the fact that the Klipsch sounds surprisingly good at low volumes, exhibiting a subtle tone that’s entirely appropriate for most daily fare. So, although the soundbar is primarily a movie behemoth, it’s a decent all-round performer as well.

And so to the final contradiction. With a street price of around US$600, the R-10B certainly isn’t cheap. However, this is the kind of device that you only buy once, and a decent soundbar will probably outlast your TV by several years. That makes this an easy, if qualified, recommendation. If you’re a movie fan and you have the space, the money and (crucially) an optical connection, the Klipsch R-10B Soundbar should be high on your shortlist.