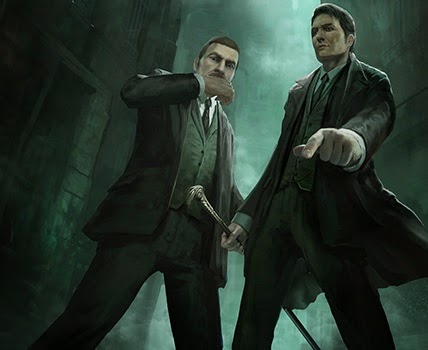 It does not take long to realise that this is a fairly traditional Sherlock Holmes game, but it nevertheless does justice to the source material through its thick, foggy atmosphere that is just as immersive as it is thoughtful. The pacing is certainly a matter of brains over brawn as you assume the role of Sherlock Holmes and have to figure out not only who is at fault for a murder, but that’s not to say it’s completely without good ideas of its own; in an interesting twist it also puts a heavy moral burden on Sherlock as he then has to decide if he determines the murderer’s fate.

In most detective stories, once Sherlock has solved the crime he’s done with it, so fans of Arthur Conan Doyle, especially, will be intrigued by the way the developers have reworked the character to place him in a more modern context where crime is more than just a puzzle.

The Sherlock in Crimes & Punishments has been modernised, but those hoping for something channelling the action-heavy movies starring Robert Downey Jr. will no doubt come away with less from the game than the cerebral BBC version starring Benedict Cumberbatch. In fact, many of the aesthetic designs of that particular TV show make their way into the game in similar fashion and fit right in.

Sherlock moves around his environments over the span of six different cases. He must interact with them to look for clues, some of which are supposedly incredibly subtle that nearby companions are mystified by the detective’s prowess to spot them but are clear enough to the player, looking through Sherlock’s eyes. It is this mechanic that represents one of the finest approaches we’ve ever seen to the Sherlock Holmes character in a game. Thematically the player gets a look into the mind of a genius and a madman at the same time, and it makes for a fascinating experience. It’s a fairly common pop-culture trope these days, but it’s popular for a reason – when done well it’s impossible to put down, and like the original page-turners that we Holmes short stories, this game is impossible to put down. 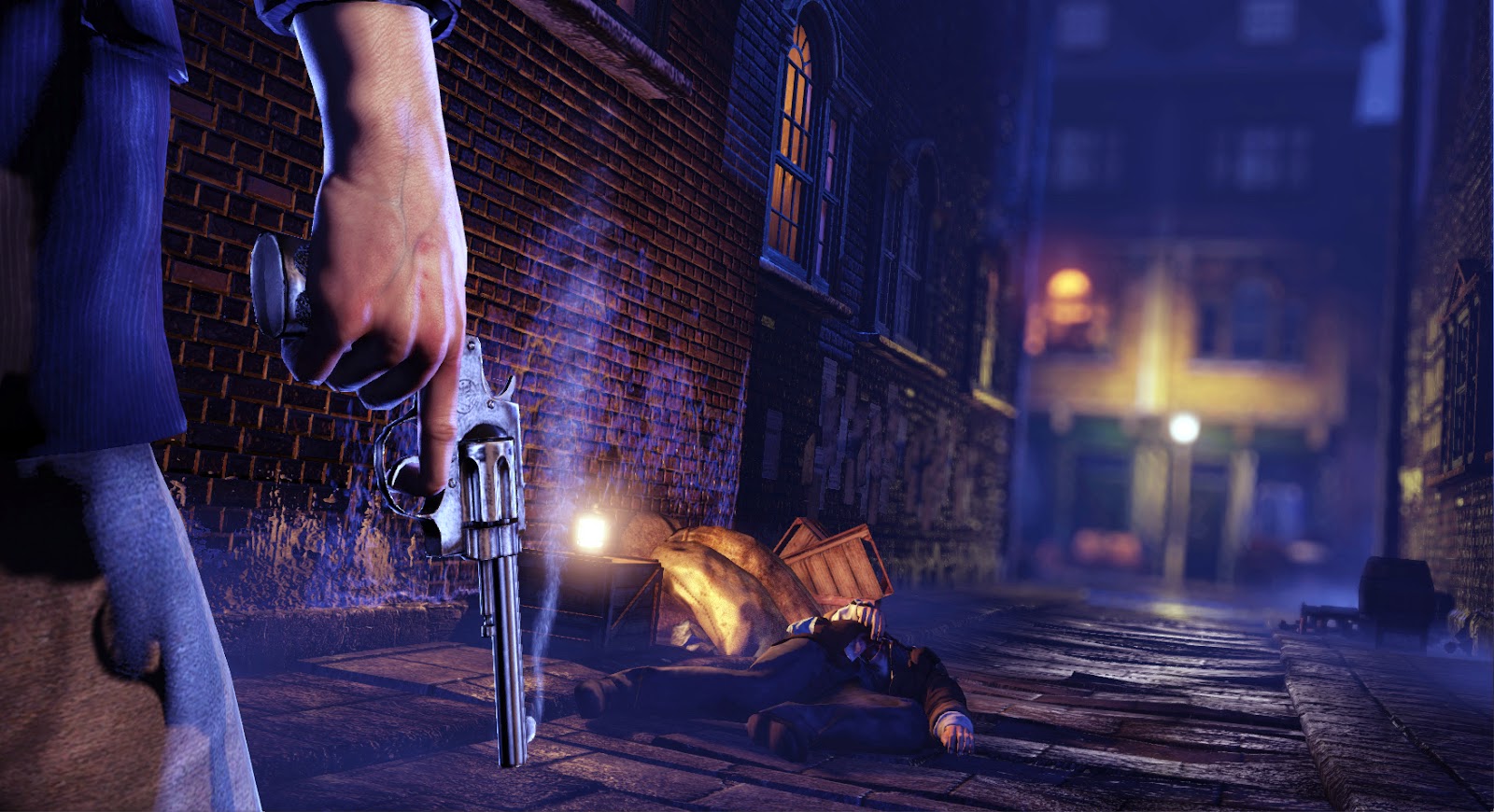 It helps too, that not only are the notes for Sherlock hit consistently well, but the character of Watson is also handled brilliantly. An exciting sequence to kick off the game helps to establish this odd couple’s oddball relationship and friendship right away, and that tone persists throughout the proceedings. Sadly, while the voice acting for our two main characters is generally quite good, some of the periphery characters do not fare as well which does dampen the good work the leads do to set up the atmosphere, but thankfully the script and characters are cleverly written so these minor roles are easier to forgive.

Like many adventure titles, there is a good deal of pixel hunting through the various environments, when looking for specific clues, but it never really feels unnecessary. There is a certain care in the environments that makes each one feel unique and naturalistic, with personalities all to themselves. If the game was just about exploring the environment, Sherlock’s adventure would lose its steam pretty quickly, but thankfully the interrogation segments then come along to keep the gameplay fresh. In these, there is a wonderful mini-game that plays out as Sherlock studies every last facet of the other person’s expressions and behaviour. It’s cribbed from the likes of L.A Noire, but it’s worked into the game’s structure cleverly and is organic – Sherlock in the stories was perfectly competent at interrogations, so it makes sense that this mechanic would be in this game too. 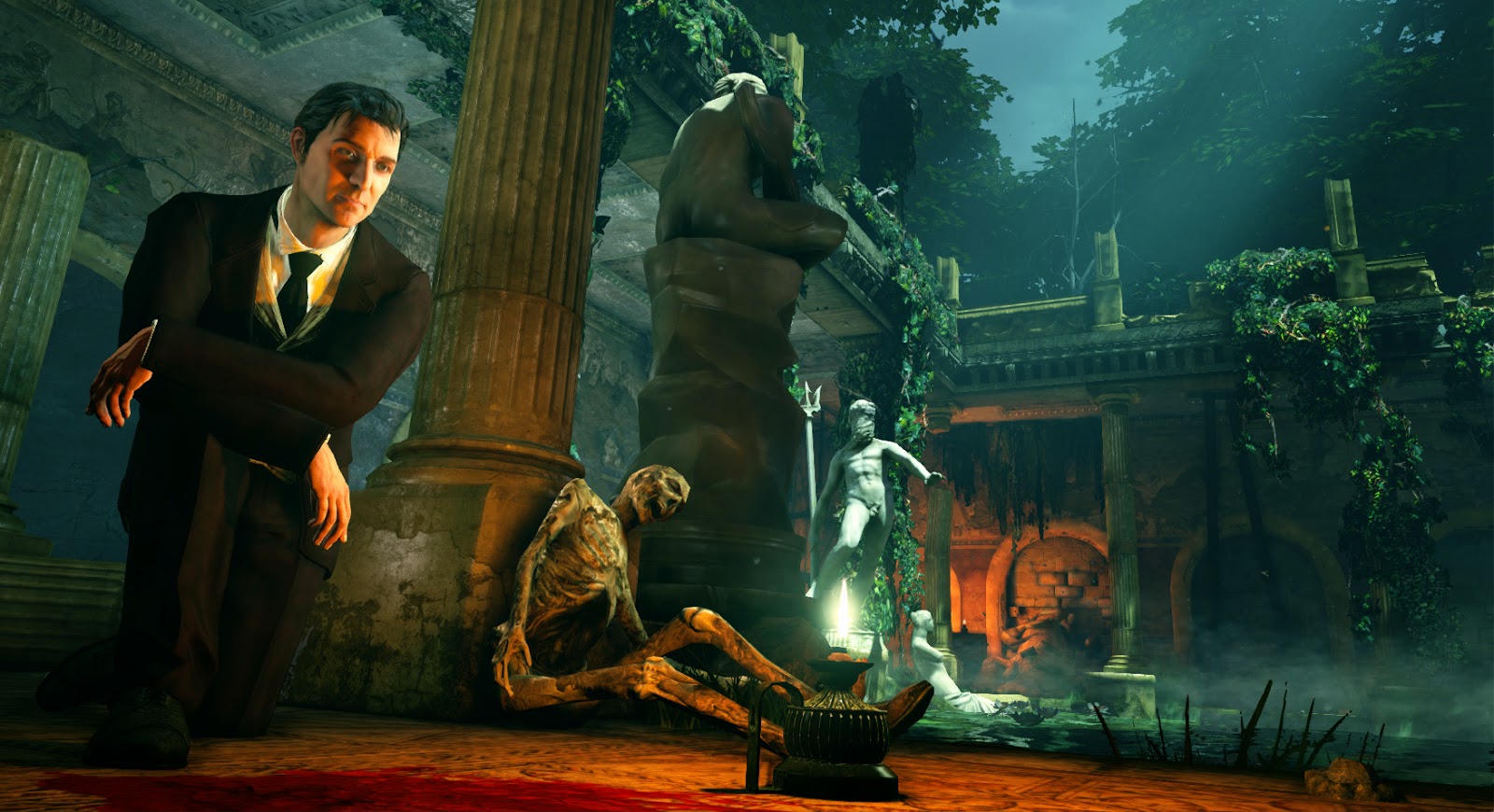 While the facial models look good and environments are richly detailed, it would have been nice if the actual character animations were smoother. This is especially noticeable if you play Sherlock from the third person perspective. Of course, as noted above, the game is more immersive if you play from the first person, so perhaps the developers deliberately cheaped out on Sherlock’s animations to encourage players to play the game “right.” If there is a technical aspect that was truly frustrating for me, it was the long load times for the PlayStation 4. Nothing breaks a sense of immersion than repeated, lengthy load screens and those did occur far more often then they should have.

All six cases are interesting and brilliantly written, filled with characters that not only fill a role, but perform exactly as you’d expect from the Sherlock tales of old. The developers have wisely avoided pigeonholing the game’s moral code into black and white (again fitting in with the original Sherlock character, who was hardly a saint), and it these shades of gray to explore that makes each case as well as the interplay between Sherlock and Watson so interesting. Sherlock’s mind is presented in such a way that he is clearly a man treading the line between madness and brilliance, which makes this opportunity to play him all the more riveting and an opportunity not to be missed people who enjoy genuine detective fiction.

EB Expo 2014: Hands-on with Lovers in a Dangerous Spacetime