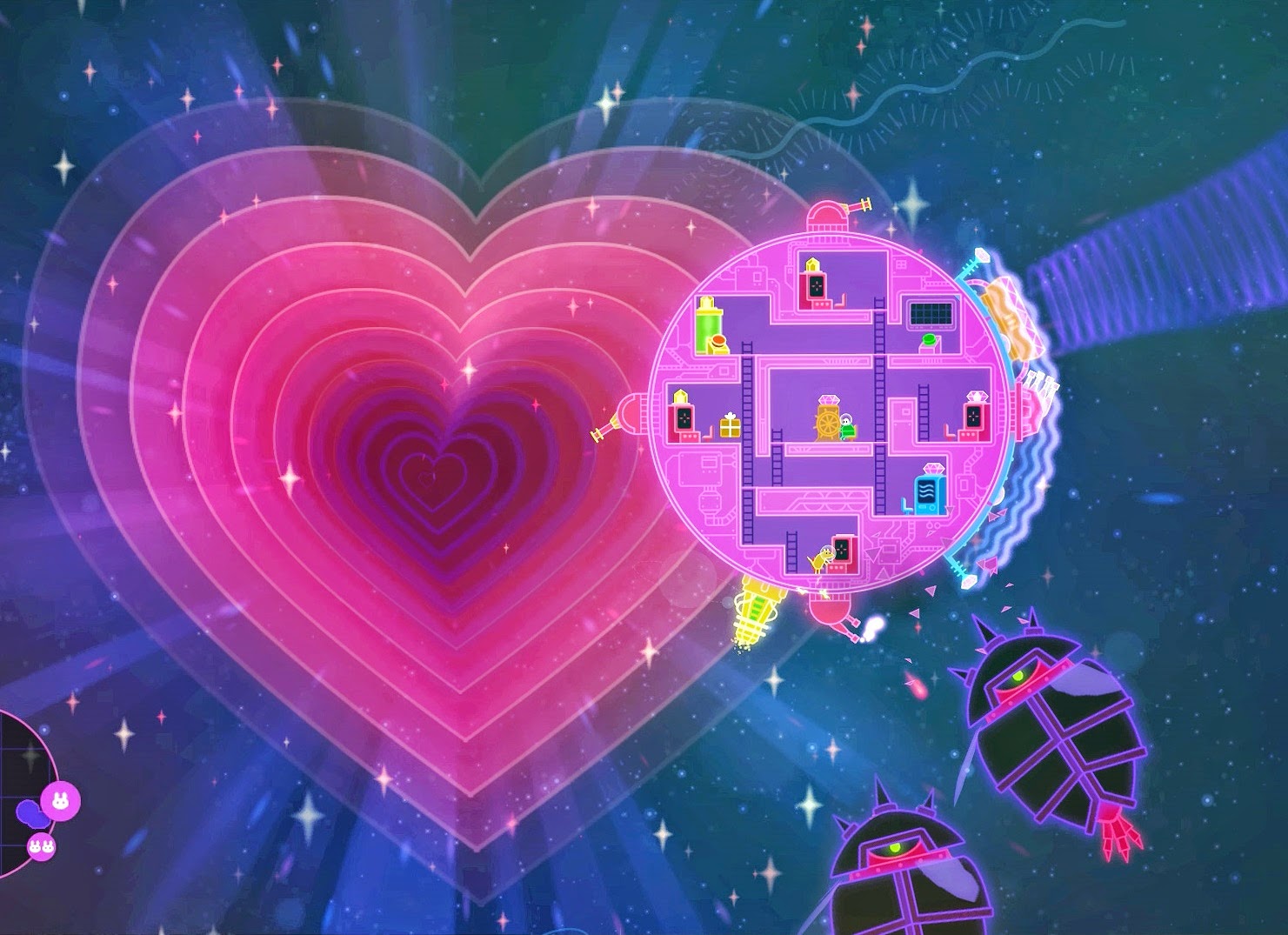 Lovers in a Dangerous Spacetime is a two player cooperative shooter which claims to be inspired from the Millennium Falcon scene from Star Wars: Episode IV, where Luke, Han Solo and Leia are manning different parts of the ship and yelling commands at each other. Developed by Canadian studio Asteroid Base, Lovers in a Dangerous Spacetime puts you in the shoes of a pair of astronauts piloting a ship (which looks affectionately like the Death Star but more pink) tasked with exploring space, defeating enemies and rescuing bunnies. With equal parts action and teamwork, Lovers is immensely satisfying to play and a surefire multiplayer hit.

The basic gameplay is actually quite simple: your ship is divided up into stations such as movement, shields and various weapons, and each character can only operate one station at a time. The encounters are tailor made so that the optimal stations for each situation constantly change, which makes for frantic gameplay. Sometimes you’ll need to move while firing, but only having one team member on the artillery means you can only cover one side of the ship. If you’re surrounded, you’ll need to have two members on weapons, and if you’re suffering heavy fire on one front a team member can move the energy shields to mitigate the damage. With only two characters and always more than two things that need to be done at once, Lovers is a challenging game of micromanagement and coordination. 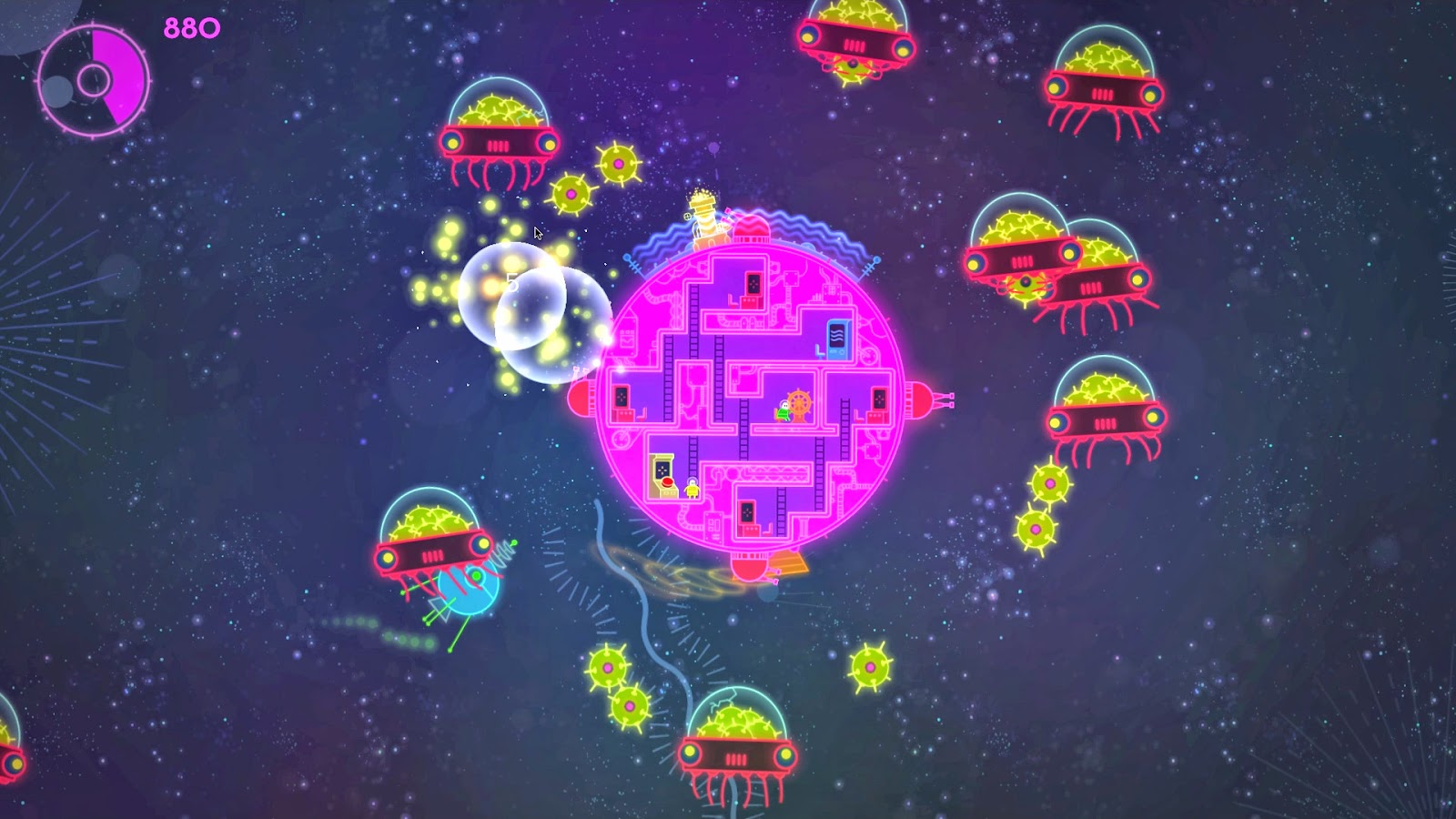 The workstation-based ship piloting initially reminded me of FTL: Faster than Light, but Lovers revels in a much more energetic game feel. Randomly generated enemy patterns ensure that each game’s battle plan is instinctive and reactive, so the experience is enjoyable for both new players and gaming veterans. The fun of the game lies in learning how to most effectively navigate through fields of enemies, becoming accustomed to each weapon the ship has to offer and developing a strategy which suits the play styles of each team member.

The full game will feature upgradable armaments for the ship, tons of enemy types, boss fights and procedural level generation. It seems like there will be a copious variety of ways to change how the game is played a little at a time, so players will be constantly learning new strategies and mechanics to aid their journey through space. 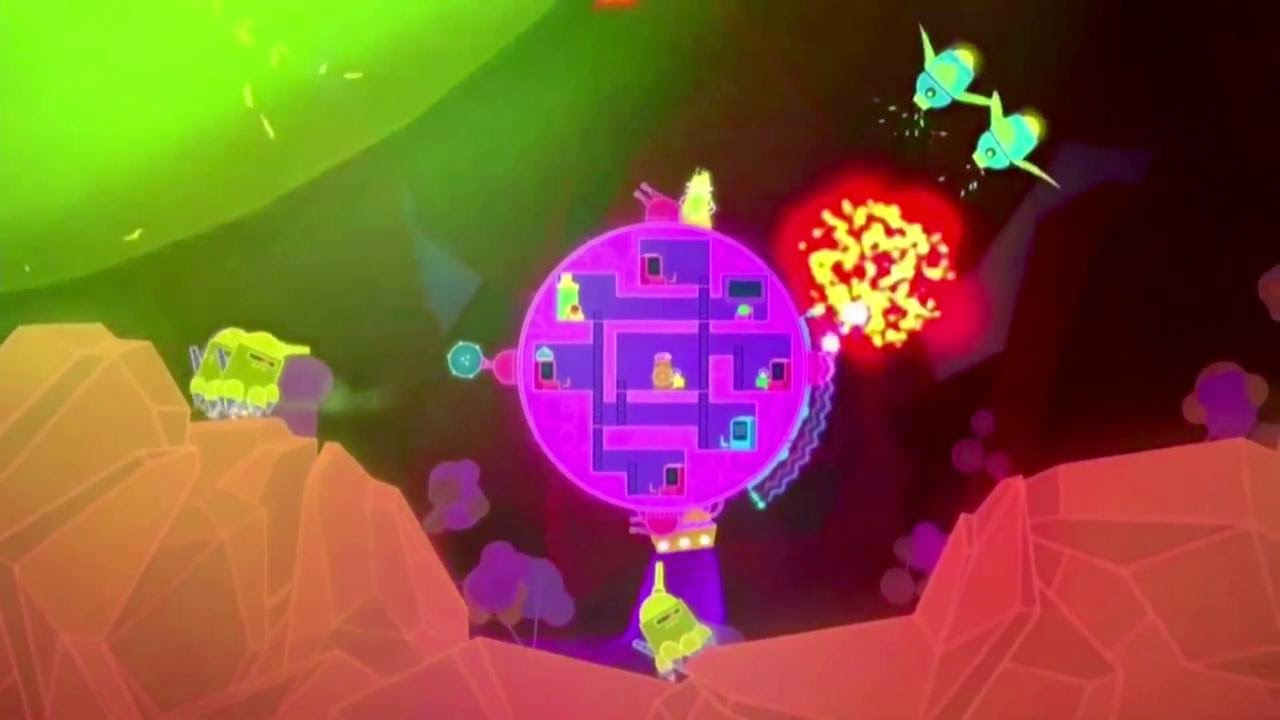 While Lovers does support single player through an AI controlled teammate, the experience really does rely on a local multiplayer experience. The sheer chaos on screen will have you and a friend yelling commands at each other while trying to handle as much as you can by yourself. And for all its stressful elements, Lovers in a Dangerous Spacetime remains a lighthearted game with comical enemy design and a bright neon aesthetic. Watch out for Asteroid Base’s new shooter in the near future, because Lovers offers a deeply memorable co-op experience with simple gameplay and complex possibilities.