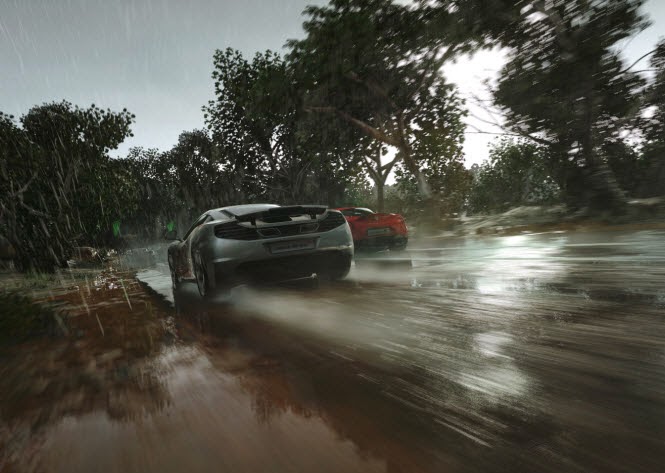 Driveclub was one of the earliest games that was teased for the PlayStation 4. In fact Matt had had a chance to preview it back in 2013 right about the time it was announced that Driveclub would be getting delayed. He had voiced some concerns then and I am sure these types of concerns were why Evolution Studios decided to take their time with this release. Now we’ve been able to play the game, and we can see that some of those concerns were addressed, while others were not. The end result is that Driveclub is a fun racing game that takes a little getting used to but lacks some of the options I would have expected from a modern racing game.

Visually, Driveclub is a feast for the eyes. From the tracks with dirt and bushes and activity around the sides of the track where fans are sometimes stand, Driveclub creates a beautiful, realistic set of environments that are far more engaging to take in than your typical track racer. The neon glow of night is almost mesmerising and lighting effects are among the best I have ever seen. One race during the rookie set of tracks had me racing right into a sunset, with the light almost painfully blinding as it hovered just over the horizon. The effect was quite realistic – almost too much so, since I managed to drive off the track then.

Additionally the cars are superbly designed. They have a polish that reflects the environment and light beautifully if you are making use of the third person view, but the first person perspective inside of the car is even more impressive due to the high attention to detail. Personally I did find it a bit easier to race in the third person perspective because I could see cars without having to ‘look around’ with the right stick, but I can’t deny how gorgeous that effect was. 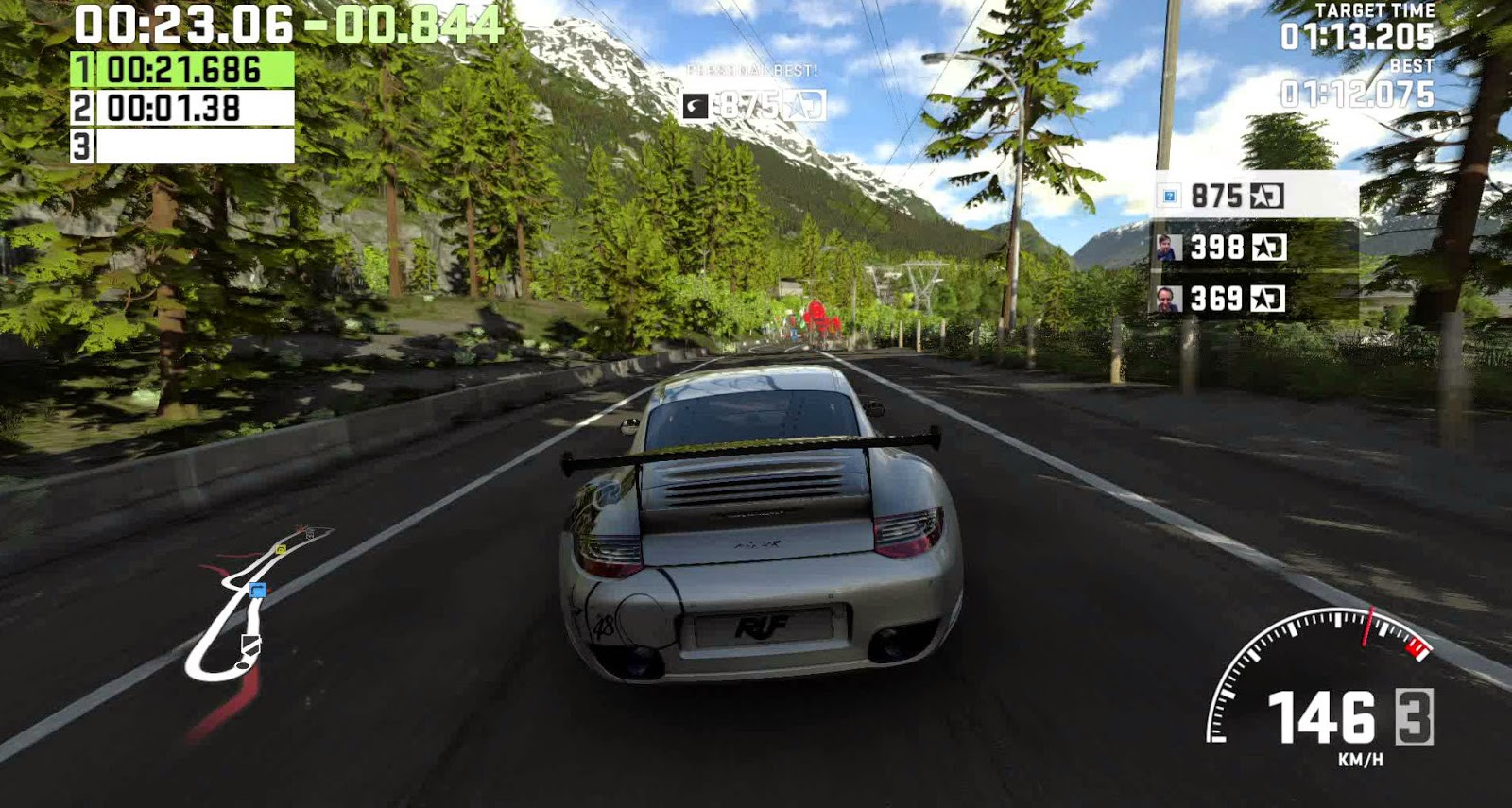 I was surprised by the racing itself, because it doesn’t necessarily match with the realistic aesthetic. Driveclub has more of an arcade feel to it, where you can apply the brakes just before heading into a turn and then navigate it with less slipping than I would have expected. That being said, the cars handle well once you get used to them. Competing with friends is part of the online aspect, and something we have been seeing out of racing games more and more lately. The leaderboards are handled well with a challenge system that makes it easy to challenge friends and create ‘Club Challenges’. It is worth noting that Driveclub’s servers have been struggling since launch, but these online elements worked great before the release day so there is no reason to believe that the development team will not get the issue resolved sooner than later.

While these online features are solid, I cannot help but be disappointed by the lack of options in the game itself. With titles like Forza offering all kinds of customisation, the ability to upgrade cars and even different ways to tweak racing settings, it is surprising to see a brand new racing game that only offers a handful of canned paint jobs and only one real choice for changing one’s racing style: manual or automatic.

The game works primarily off of a points system and and objectives system. Objectives might range from lap times to finishing in the top three to maintaining a certain average speed over a stretch of track. The points system rewards you for doing things like drafting or cornering well, but it also penalises you for things like cutting corners in an ‘unfair’ way, or colliding with other car or some element of the track. Getting a corner penalty might take away your ability to accelerate briefly or make contact with another vehicle. 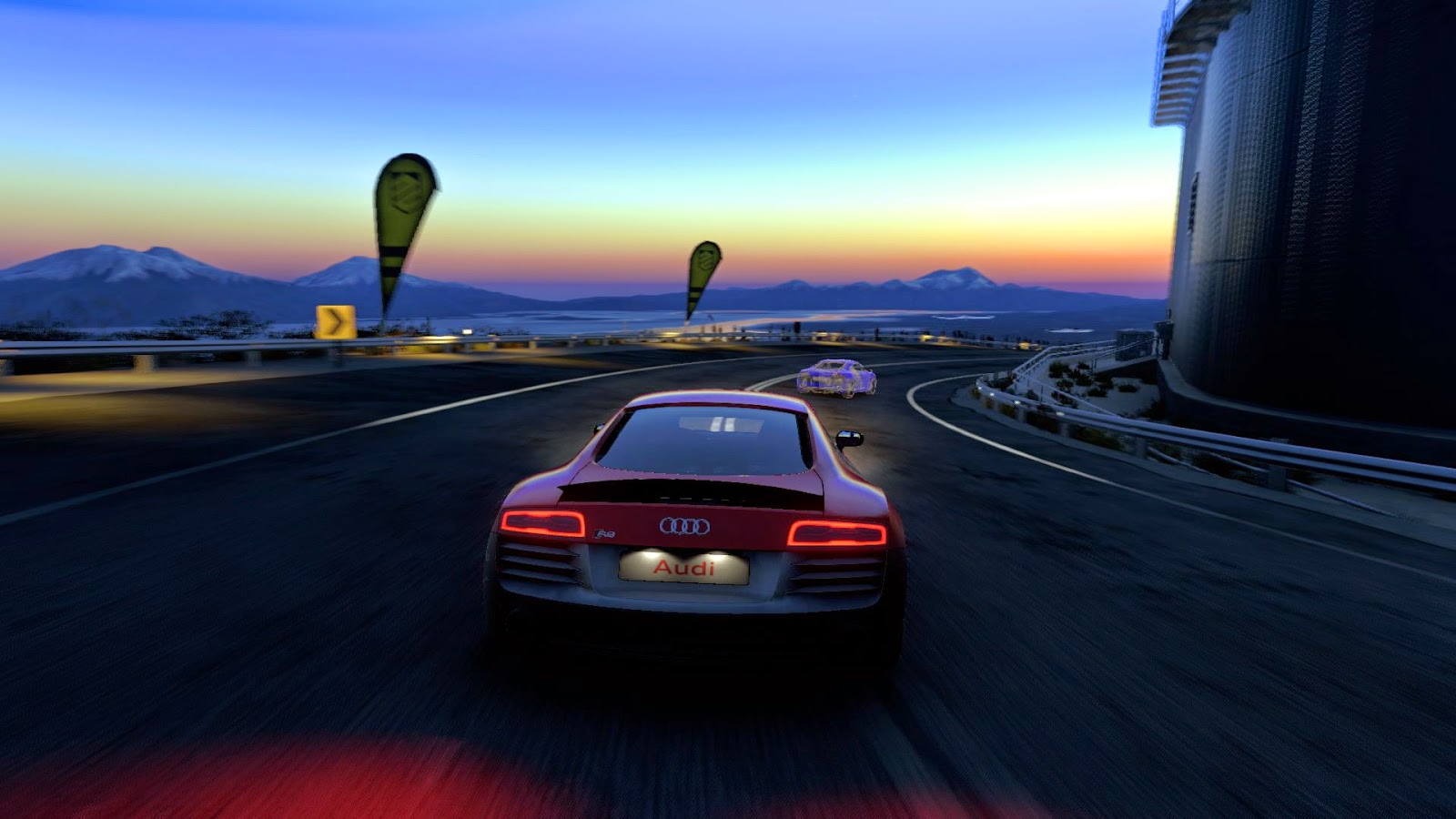 This impacted my enjoyment for two reasons. One, I drive pretty aggressively in games. I enjoy them most when I am trading some paint with other vehicles. Two, these rules are not enforced evenly. If the AI-controlled car runs into mine, I am penalised, it is not. If that same car goes off of the track or take an odd angle, there appears to be no evidence that it is having its acceleration throttled. There’s also the issue of rubber band AI, which really doesn’t belong in a modern racer. I have had leads on cars exactly like mine on the same straight stretch of road deteriorate for reasons I cannot quite comprehend. That being said, it is definitely possible to improve in this game. I have gone back to run through tracks again and turned fifth place finishes into first or second on a regular basis. There is a solid system in place and if you invest the time, you will improve at it.

Another thing Driveclub has going for it are the different types of races. Some are simply racing against other cars on the track for supremacy while others might include a rolling start in an effort to complete a lap within a certain amount of time. Unlocking new cars and earning experience points and levels is a great deal of fun, and even when you are unfairly penalised during the course of the race, completing objectives and gaining fame towards your levels is addicting. These hooks give racers a sense of progress and Evolution Studios has teased that more tracks and cars will be forthcoming. Not that the current content is poor by any means, with five locations with fifty or more cars, tracks and objectives make for plenty to do. The online elements help to extend the fun, because it is easy to find challenges. Said challenges tend to be simple, but they are quick and easy to find and execute.

The penalties for my aggressive style of racing seem like they would take all of the fun out of Driveclub for me, given that’s usually the only way I can win in this genre, but that is not the case. I enjoy Driveclub a great deal and am looking forward to future updates and getting back online to race against other players. I enjoy the different tracks, beautiful locations and slick-looking cars, and unlocking new rides is always a rush and the thrill of victory is addictive and rewarding.