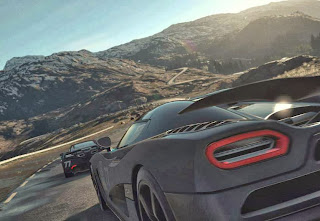 There’s quite a bit riding on Drive Club. This is the game that Sony is essentially “packing in” with the PlayStation 4. When you consider that the only way to play online multiplayer is to have the PSPlus membership, and Drive Club is the first “free game” that’s on offer under the PSPlus system, it’s actually going to be one of the most scrutinised launch games of all, both in the media and amongst consumers, because so many people are going to have access to it by default.

So it worries me a little that the driving experience is so bland. With all due disclaimer that I didn’t nearly play this game enough to get a proper feel for it, and the social features that are such a major part of Drive Club were not enabled in the demo, I have gone from being so very excited by this game, to not being interested in it in the slightest.

My main problem is that the physics don’t make a whole lot of sense and feel quite confused. On the surface, Drive Club feels like it should be taking weighty arcade feel of a game like Criterion’s Need For Speed games. The sensation of speed is just about spot on for that kind of experience, and the track design certainly feels like it’s aiming for that kind of game.

But the on-road handling doesn’t have the same slick feel of the recent Need For Speed games. The cars spin out of control just a little too easily, and the racing curves are just a little too strict for the game’s own good. By the same token, the racing doesn’t feel as authentic as a Gran Turismo title, leaving Drive Club in this confused mess where I was never quite sure what it wanted to be. 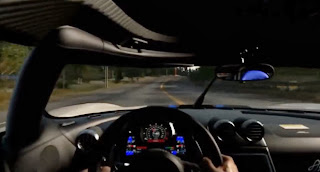 As a showcase for the PlayStation 4’s power, it’s hard to really use Drive Club as as a highlight for why people might want to upgrade, either. The graphical precision that we see in other PlayStation 4 titles, from Infamous to Blast ‘Em Bunnies, just doesn’t exist here. Everything looks OK when zipping along at speed, but slowing down to admire the scenery reveals scenery that is a little messy… it’s almost as though the developers through it incomprehensible that people would ever want to slow down when playing this game. The cars don’t look quite as exciting as I would have hoped for, either, and in motion they were certainly less impressive than what we’ve seen in the promos. It WAS all in the kind of HD that you knew just wouldn’t be possible on the PlayStation 3, but it was also painfully clear that the team behind Gran Turismo 6 has worked harder at the aesthetics.

It was difficult to judge much else about the game from the demo. I seemed to be playing some kind of time trial mode, because I wasn’t racing against any other physical racers, and the only time I’ve ever enjoyed THAT feature in a racing game was in Mario Kart where I had speed mushrooms to utilise strategically. There weren’t any speed mushrooms here, and I’m a little surprised that Sony didn’t figure out some way to showcase the feature that is meant to be Drive Club’s central selling point – the fact that you’re able to use your iPads away from the game to organise competitions and the like. Drive Club is meant to be all about that second screen experience, and I was disappointed that I didn’t get to try that out.

Again, I didn’t get long to play this game, and the time I did spend with it lacked the iPad features and social integration that are meant to be critical parts of the overall experience. But in terms of raw driving, Drive Club makes me wonder whether my PS4 will gather dust while I stick to Gran Turismo 6 on the PS3 for my driving fix.