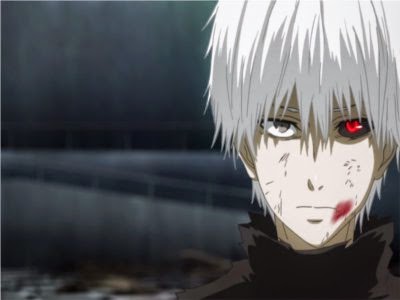 News by Clark A.
There have been countless rumours and reports regarding whether Studio Pierrot’s animated adaptation of Tokyo Ghoul would be renewed for a second season and it’s been tough to discern the truth between the constant debunking and misinformation being spread.
Finally, though, we’ve been given the details straight from the horse’s mouth and the show’s production is official. Many of the estimates and leaks seem to be correct as a continuation of the series will be rolling out early January next year.

The first season’s 12 episodes aired this past summer from July to September. After our positive initial impressions of the anime (and my own shock at how the ending unfolded), you can bet we’ll be keeping an eye on this one. It’s just a question of what colour our scleras will be.

In related news, the Tokyo Ghoul manga recently came to a close. That’s hardly all we’re going to see from this franchise, though. Aside from Viz Media announcing plans to release the original manga in English by June next year, author Sui Ishida recently launched Tokyo Ghoul:re, a sequel with a new protagonist. A prequel series, Tokyo Ghoul: JACK, recently began serialisation as well so Ishida is going to be a busy man indeed.
The first season loosely adapted around 70 chapters of content from the manga. If the second season is a success, there should be plenty more material to draw from in the future.
– Clark A.
Anime Editor
Email me at: clarka@digitallydownloaded.net
Share this