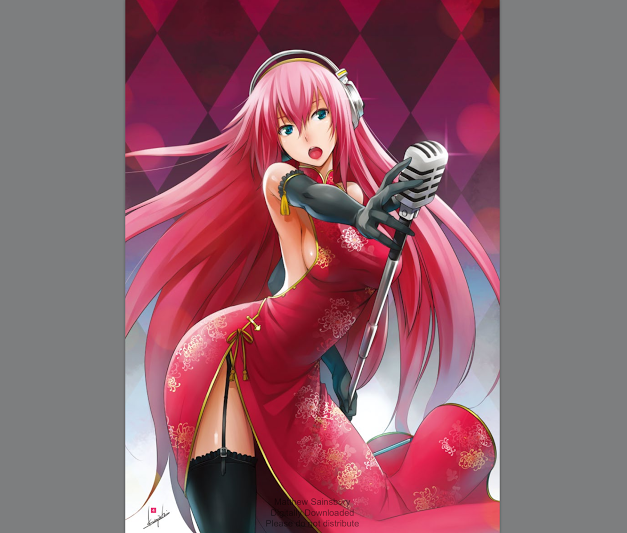 With all the coverage that we’ve been giving Hatsune Miku and her band of adorable vocaloids, I thought that it would be a good time to review a series of Hatsune Miku (and friends) art books by Udon Entertainment.

And so each day this week we’ll be publishing a short review from the library! The last couple of days we had a review of a book of Miku drawings by her creator, Kei, and then a book of work from fans of the character. Today we’re stepping away from Miku, instead having a look at a book of fan art all about one of Miku’s virtual sisters, Megurine Luka.

Luka is probably the second most popular Crypton character, after Miku. She’s popular because she represents a more adult type of character, thanks to her deeper and huskier voice. The original designs of Luka, in reflecting this more adult voice, has her as a much more adult personality. She has pink hair, sure, but an older face and figure.

Luka’s fans seem to be quite interested in that figure too, with many of the 35+ artists that contributed to the Megurine Luka book clearly deciding that she’s the sexy one of the Crypton crew. It’s interesting to see how the fans of Luka see her in such a different manner compared to the fans of Miku, and this is more evidence that the reason for the success of these characters is precisely because, through their designs and voices, they have distinct and recognisable personalities. Luka is not Miku, and so Luka fans draw her in a very different style. 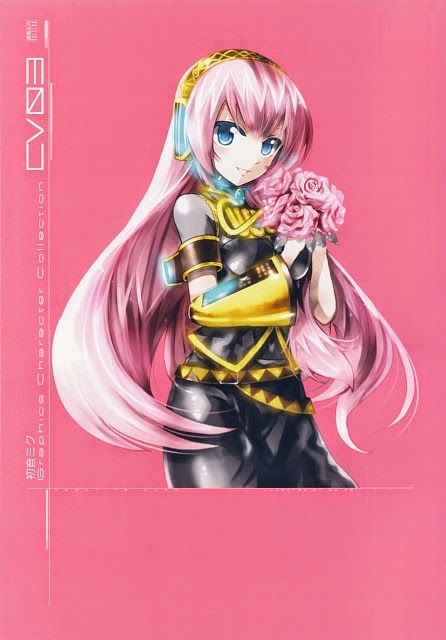 As with the Miku book, the quality of individual artists in this book vary greatly, with some people who are barely amateur, and others whose work almost deserves to replace the “real” Luka. And as with the previous book, each of the artists gets a brief bio and comment to explain why they’re such big fans of the character. Unfortunately none of this is as insightful as it should have been, and it would have been nice to see a couple of “proper” interviews that delve deeper into the culture that has sprung up around vocaloids, but it’s nice that the artists get to get their name in print anyway.

As with all Udon books, this one is a high quality production, with deep colours on the page and a nice, tactile feel to the pages. It’s only around 100 pages in length, but it’s end-to-end art, with not a page wasted.

I wonder how well this one will sell over the years. Miku’s a popular superstar of a character, but the other vocaloids are still very niche at best. Still, it’s a good thing that there are these kinds of books on the market for the fans.