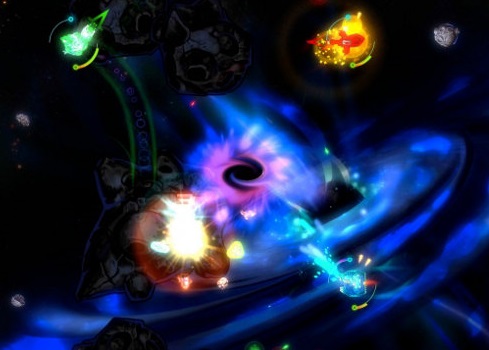 In Space We Brawl is quite simple in its design, which is funny because space is meant to be limitless. It takes the local multiplayer focus that made the likes of Towerfall so great and combines it with that classic that almost everyone has forgotten now – Space War – to create a multiplayer, twin-stick shooter.

In Space We Brawl only has two gameplay modes. One that delivers challenges to be undertaken by a lone player, and one that allows up four players to fight against each other. It’s interesting to note, considering the way that Space War was effectively replaced by Asteroids in the annals of gaming history, that there is no option to play the game in a score attack or arcade mode.

But that’s not the important gameplay mode. It’s the multiplayer that’s important. In the multiplayer, there are two modes available: Tournament and Championship. In Tournament, players battle in a series of rounds to find one winner after the set number of rounds are over, whereas in a Championship plays players keep playing rounds for points until one player receives a certain number of points. There are 11 ships available to select, each having their own unique abilities. In addition, there are 11 different weapons that can be selected. 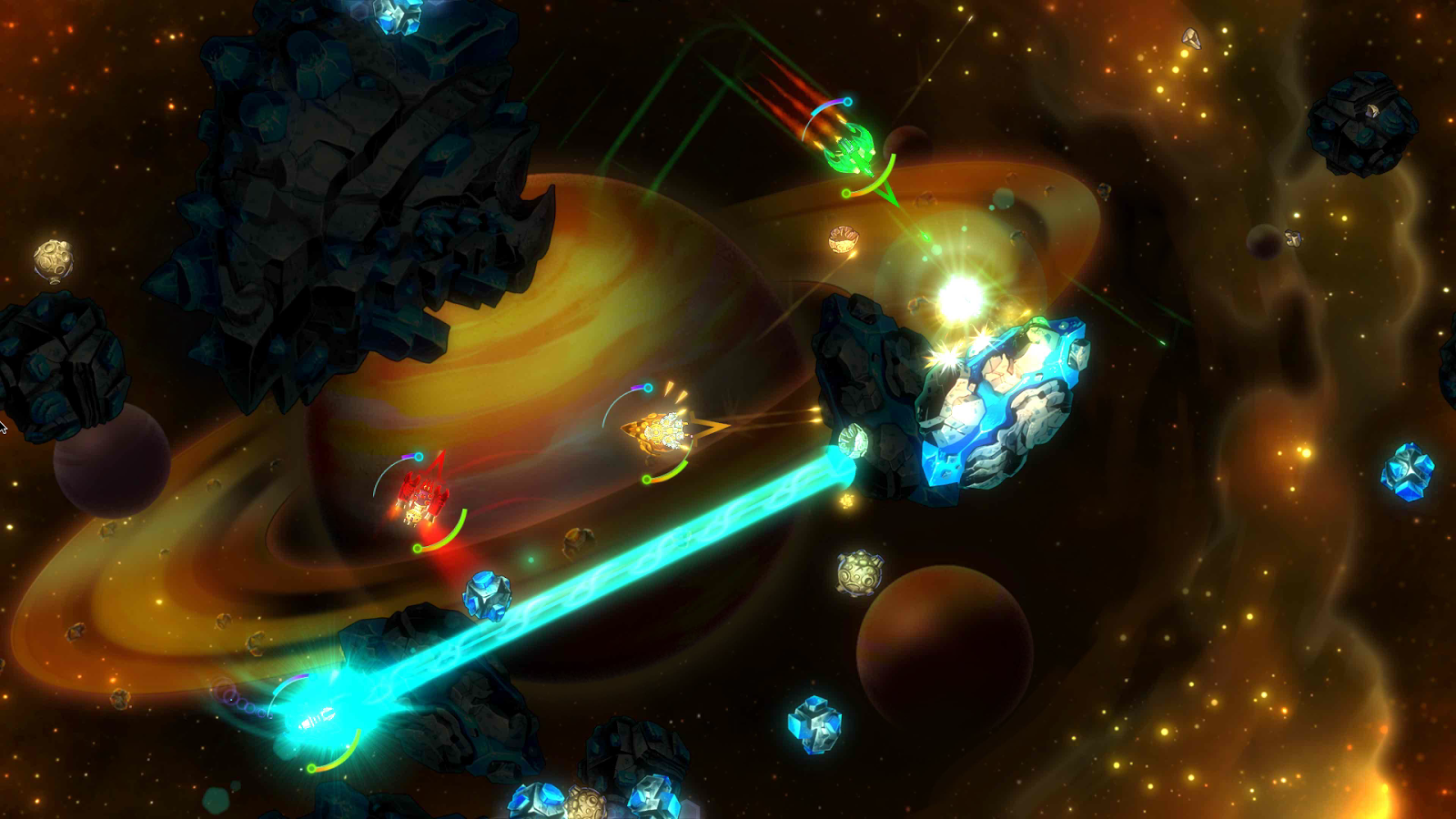 Once each player has selected their ship and weapon, there are eight maps to choose from, all of which have their unique characteristics. One has solar flares that act as gusts of wind, pushing your spaceship around the map, where another has you not only fighting against your fellow players, but also aliens.

The biggest flaw for In Space We Brawl, is that it’s not as simplistic as other twin-stick shooters to work for quick multiplayer silliness. Where you would think the left stick moves your spacecraft while the right stick shoots, you need to use buttons to shoot your weapon. It might seem like a minor thing to have an issue with, but party multiplayer games work better when controls a minimalised, and adding weapons and shields buttons is going one step too far. With that lack of sheer simplicity, In Space We Brawl doesn’t really work as a party short time waster, but it’s still not complex enough for a serious, competitive game. 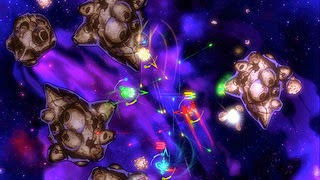 To accompany the multiplayer mode, there are a number of single player challenges available. The first few challenges introduce the basic mechanics in the game, including how to shield and boost. If anything, the challenges only serve as filler for players who want some more gameplay outside of the multiplayer offering. Some of the challenges are quite difficult, but I wasn’t sure if I was continually failing missions because I wasn’t to hot flash, or the missions are extremely difficult. Either way, it wasn’t long before I relegated the game to a multiplayer-only one.

And then when I was playing the multiplayer, I didn’t really want to be playing the multiplayer. There’s nothing that makes players want to go for that one extra round. Rounds don’t last that long, and if you’re playing on maps that have aliens or asteroids to deal with, there are many cases where your win might get stolen from the AI.

Having a complex customisation and battle system, means that whenever a new player comes along the first few rounds are quite dull while they learn the ropes. And by the time they’ve learned the ropes it’s time to move on to the next game.