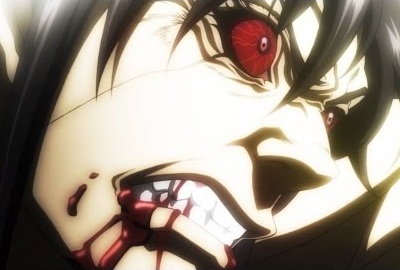 Balancing heavy-handed death scenes with comedy in anime seems as if it’s a herculean task at times. Dark juxtaposition can work brilliantly when executed appropriately, but I typically don’t care for trivialising serious affairs by having characters undersell heart wrenching situations with cheery or unmoved demeanours.
With that in mind, I’m taken aback that one of the more sensible approaches to this matter came from a show about giant cockroaches on Mars. Obviously I can’t speak for the entirety of the series – this is a first impressions piece and the manga it’s based on has its share of whimsy – but the debut episode of Terra Formars showed great potential for serious storytelling with with a teaspoon of comedy.
The episode centered on building up protagonist Akari Hizamaru’s motivations to make a trip to the aforementioned planet. The strapping lad decides to participate in an underground cage fight in an endeavour to aid his diseased friend in finding a donor. After barely defeating an opponent he by no means should have (a hulking bear with an undefeated streak that would make Mark Calaway frown), he discovers his would-be lover has already passed on. He’s then offered a job by government agents who have stomached similar tragedies, which entails procuring a cure for the disease from the roach-infested Mars so that future generations won’t have to suffer. 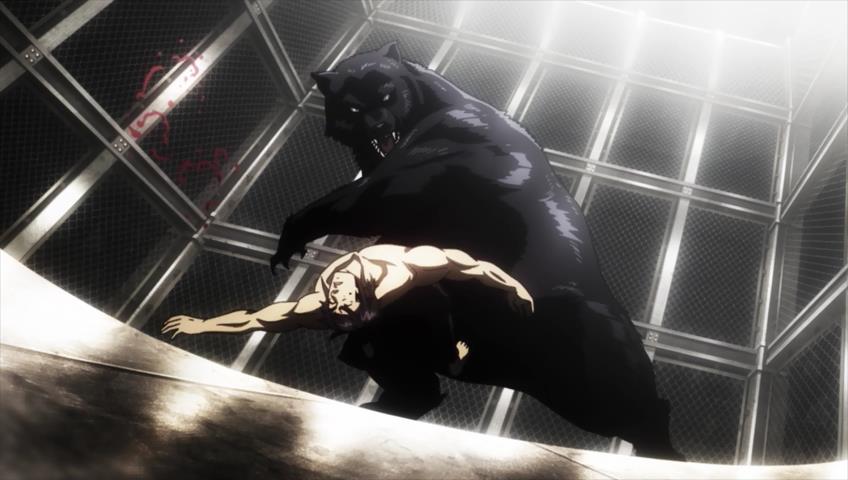 The first episode did a remarkable job of establishing the premise and giving viewers a reason to tune in next week. It’s a fairly hasty introduction but it delves deeper into character backgrounds than I’m letting on, which makes for a more informative set-up chapter than an action-driven one. And I’m not about to complain at that, mind you, even if it does reek of potentially being another rushed manga to anime adaptation. I’ll happily take character and world building over pure bloodthirsty extravagance.

I suspect viewers will be able to get behind Hizamaru as, though he breaks down in tears for long after his love passes away, he’s decidedly passionate in ways that some will idolise. In his battle against a bear, he had no qualms about proclaiming his intentions to the crowd and showing off. Other character archetypes seem slightly unpredictable too; one agent is a deadpan, solemn woman who accepts terms of endearment being used on her but is also not overly lenient of wayward male gazes from those younger than her.
When jokes revolving around the above scenario occur, the characters react more realistically than freaking out. The jokes are in the understated character mannerisms as much as the verbiage. Thus, I’m inclined to smirk at the cliché gags since they’re tense and being handled with a subtlety that’s appropriate for what looks to be a potentially dark series. Presumably that’s a by-product of this show’s emphasis on older characters more than anything, but it’s a stark contrast to Black Bullet. Despite both being fairly violent shows aimed at older audiences, Black Bullet often overshadowed its darker scenes uncomfortably with overly moe mannerisms by its characters and crude humour with little more tact than you’d expect.
The series might well become a more fantastical and silly romp than what this first episode implies, but it’s worth repeating that Terra Formars got me excited about cockroaches on Mars and to potentially treat them with more than a modicum of sincerity.