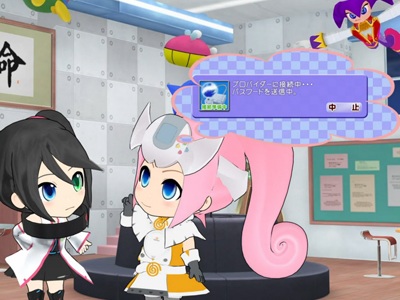 Anthropomorphising video game consoles is nothing new, but as the many Hyperdimension Neptunia fans here at Digitally Downloaded will tell you, it remains novel as a means to poke fun at and criticise the games industry. The usual order is to convert those old hunks of processing power into vaguely moe teenage girls and that’s exactly what Hi-sCool! Seha Girls does.
By reimagining Sega’s nineties hardware days with fleshier overcoats, it seeks to offer fans a sillier, more frivolous perspective on the company’s glory days.

As one might surmise from the title, Hi-sCool! takes place at an educational institute and follows the feminine equivalents of Sega’s Dreamcast, Saturn, and Mega Drive consoles. There’s some attempt at giving this show a plot by saying their goal is to graduate, but no one is going to watch this for the dramatic suspense.

Unlike the aforementioned Hyperdimension Neptunia, however, this show is actually officially endorsed by Sega. Yes, the very company it’s parodying. That means the freedom for setting up comedic situations based around Sega’s past is virtually limitless. The first episode flaunts this creative freedom unrelentingly, going as far as to shove the living counterparts of Sega’s systems into old footage of Virtua Fighter. Even the school’s halls are sprinkled with Sega merchandise right down to Sonic and NiGHTS plushies dangling from the ceiling; this is fanservice at its absolute peak and it can all be done with nary a lawsuit in sight. 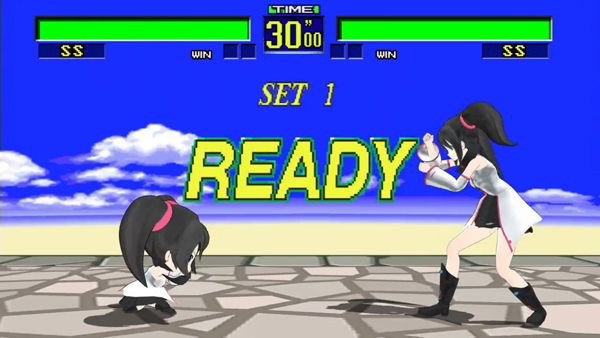 Since there’s never any beating around the bush when it comes to naming products by their proper moniker, the show isn’t quite as subtle as it could be. Thankfully, the writers have more than compensated by offering countless in-jokes to tickle the fancies of Sega aficionados. The sheer volume of these references is impressive alone, but the actual quality of the humour is there too (provided you have a general grasp of the company’s history anyway). I had to giggle at the mockery of the Dreamcast’s limited online capabilities in particular, as it brought back memories of dial-up Internet and paying some rather absurd fees.

Lastly, it’s worth noting that this isn’t a show endowed with a massive budget. To give you an idea of the scope, episodes clock in around ten minutes and it’s all presented in a relatively cheap-looking style of computer-generated animation unlike most mainstream anime. In motion it resembles a cutscene from some niche video game trying passionately to reach beyond its monetary constraints. Now with that all said, as someone who doesn’t typically care for anime that strays into the realm of 3D, I found the kind used here meshed together well with the subject matter and it deviates from this style whenever possible in favour of retro homages. In other words, it would be remiss to ignore the show based solely on its presentation-related shortcomings.
The demographic limitations inherent in a parody focused on one company’s history and the use of an animation style that won’t resonate with most viewers mean Hi-sCool! Seha Girls is going to be about as niche as they come. If you’re in the mood for light-hearted comedy and know your Sega trivia, though, I can guarantee ten minutes sessions over your next few weeks will be time well spent.