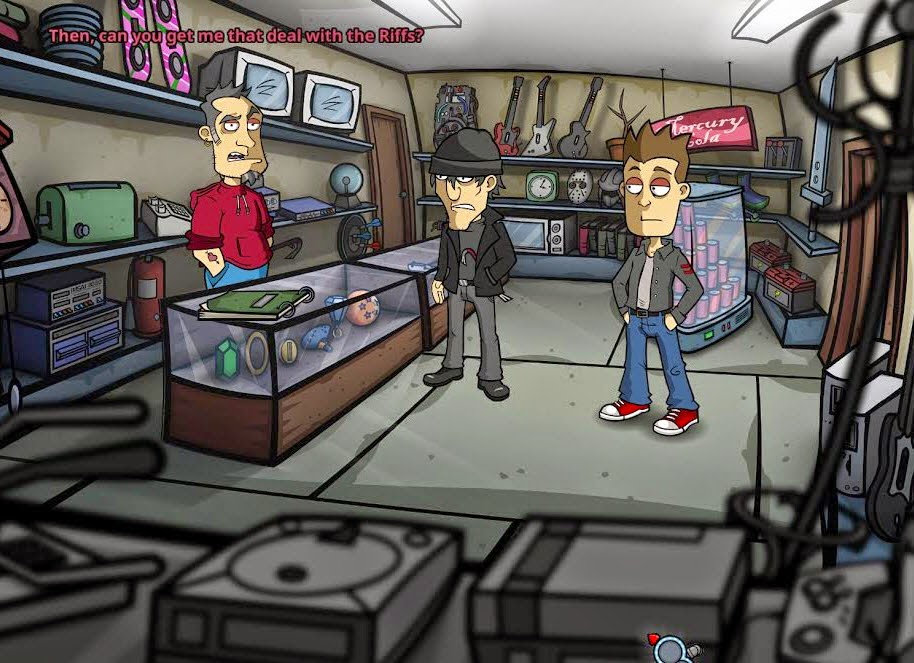 Randal’s Monday begins with a fellow called Randal celebrating with newly engaged Matt and Sally. As the night escalates, as does the bar tab, and Randal somehow ends up in possession of a magical ring, the same ring Matt was going to give to Sally. The next morning we discover Randal is late on his rent and unemployed, which results in him selling the ring only for Matt to commit suicide. Randal is then forced to relive the same Monday over and over again. Yes, it’s a Groundhog Day video game.

From my time with the preview build I found the writing to be very hit-and-miss, and there is no real middle ground for the humour the game provides. A lot of the jokes are crude, many are unnecessary, and it just leads me to clicking through the text to advance the story because I don’t want to have to listen to these characters talk. On the plus side is the presentation. There is an influx of pop culture references from a ton of series. The art style, while making most of the characters looking like they’re always hungover, is an effective extension of the crisis Randal is in, often dilapidated and run down.

The puzzles do elevate the quality of Randal’s Monday, even if some of the answers require the player to find obscurely placed items from the outset. For an example from the preview, there’s one puzzle that needs you to glue the receiver on a phone. The glue has been put in a bin. There are bins everywhere. If it wasn’t for the button that highlighted all objects that were intractable, I never would have found it and I wouldn’t have gotten past one of the first puzzles. Come final release the placement of crucial items needs to be a little more obvious, to allow for players to get into a flow of collecting, rather than launching into a clicking frenzy. 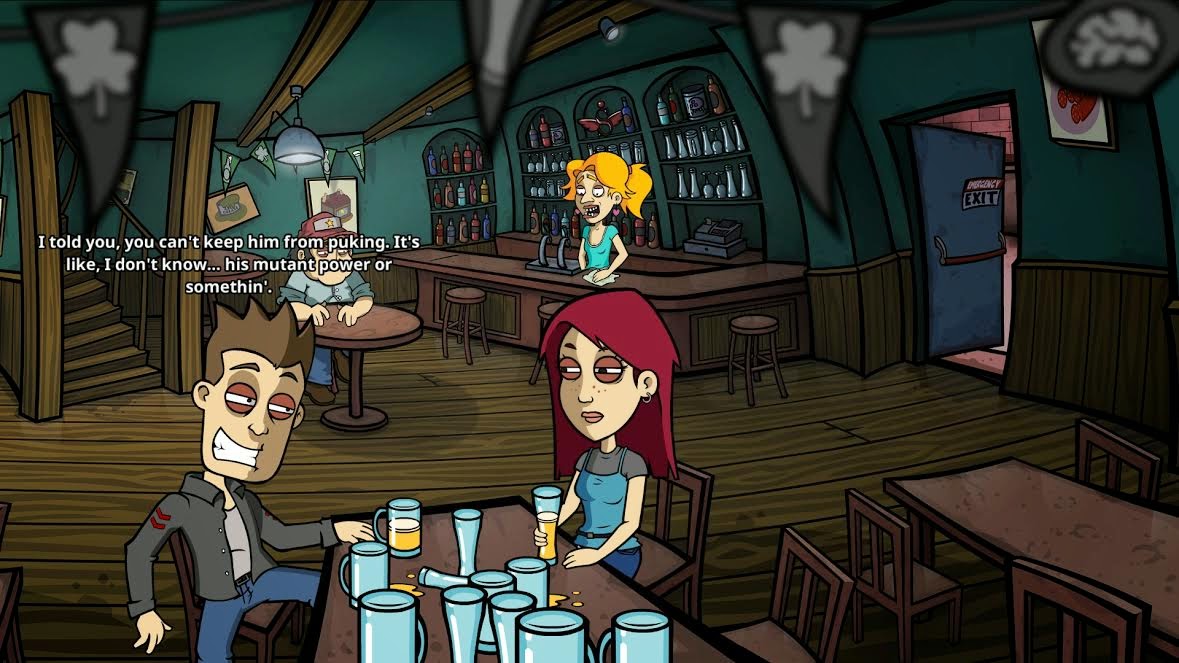 For a point-and-click adventure game, the interface has to be perfect. Movement needs to be effortless, and inventory access needs to be quick and easy. In most cases, Randall plays well. However, something I’d like to see fixed were points where the screen zooms right in, and Randal and whatever else is in the screen occupy far more space than it should. You then need multiple clicks to zoom back out, something that slows the game flow down. The inventory can only be accessed by scrolling up, which covers the entire screen. If you want to try and use an item in the environment, you have to click on the item, then click outside of the inventory screen, and then click on the item you wish to interact with. If you click on the wrong thing, you have to do it all over again. It’s something that needs to be streamlined and hopefully will be before the game is released.

Whenever I play a point-and-click adventure game, I often (unfairly) compare it to what I consider the Holy Grail of point-and-click, The Secret of Monkey Island. It was a great story, offered thought-provoking puzzles, and one of the best writing that can be found in a video game. Randal’s Monday might just belong in the same league. It has the potential for a good story, and the puzzles will stump you and make you inspect nearly everything in your inventory to find the answer. But at this stage the writing is so terrible that I’m left concerned. Hopefully the developers take the time to improve things there a little before the final release.