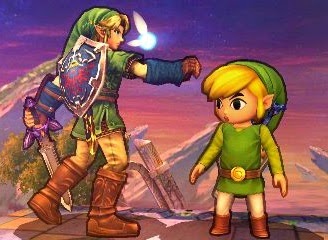 Nintendo recently released a limited number of codes to try out its upcoming Smash Bros. game on the Nintendo 3DS. We were fortunate to be able to test out the game, so we thought it would be worth doing a brief write-up about it.

First things first: This demo is incredibly limited. There’s one stage to fight on, and five characters to fight with. There’s no online play and none of the single player games. It’s a teaser demo in the truest sense of the word, but it does give us an idea of what to expect from the final game.

Among the five playable characters, there are two new ones to the franchise: Villager from Animal Crossing, and Mega Man. Both of these characters have a set of moves that is appropriate for them; Villager has a bag of tricks, while Mega Man focuses on ranged combat. It’s hard to tell how these characters will fit into the broader competitive environment, but they sit in well with Mario, Pikachu and Link, who were also playable.

Those returning characters are only slightly rebalanced. I say this as someone who hasn’t played a Smash Bros. game in a couple of years now, but if I was to pick any one distinctive feature about the new game, it’s its speed. Admittedly the playable level was a small one, but I found Link’s relatively slow ranged attacks rather irritating to pull off this time around, and I was very much a Link player in previous games. But I’ll reserve judgement until I’ve had the chance to play on the larger levels as well. Visually the game is really quite impressive on the small screen. The black border around the characters was something that I thought would irritate me, but I found that it actually helped me to keep track of everything that was going on. I also appreciated how simple the characters were – they’re small on the screen, so basic, bold colours helps prevent the game from looking messy.

Finally, I want to make a special call out to the items, as it seems like there’s a lot of new ones, and while they pop up on the stage at a startling rate (I can see that being changed for competitive play very quickly), as a party game, Smash Bros. may just become the most chaotic of the series to date. There’s new Pokemon to throw onto the field, a range of new melee items that each have their own effect, and my personal favourite is a wind blower device which pushes opponents across the field. It’s very easy to get a cheap and nasty knock out by using that item when an opponent is trying to get back onto the stage.

Oh, and the cuccos from The Legend Of Zelda are an item now, and death by chicken is a very real thing. It’s nice to see that as competitive as Smash Bros. has become over the years, Nintendo hasn’t lost sight of the fact it was always designed to be a laugh-em-up multiplayer fan service game.

Would you like to win a copy of Fairy Fencer F on the PlayStation 3?