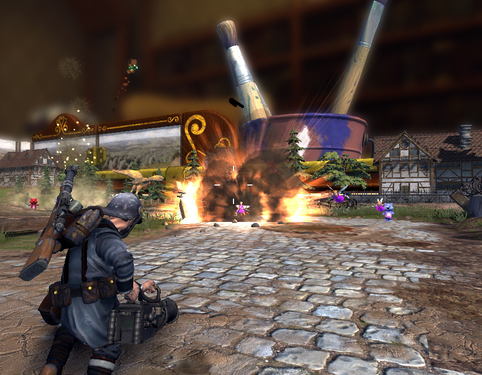 The game, which will also be available on Windows PC and Xbox One early next year, has been developed by Signal Studios. In the game, players chose from one of four armies to face off against waves of enemy soldiers.

As you can see from the trailer, it’s not the most realistic of games. It has fairies and unicorns, after all. That should be a hint about the spirit in which this game is being offered.

Having never played a game in this series before, after seeing the trailer it’s safe to say I’m rather amused and interested. It’s unlikely to be a classic game remembered fondly for generations, but it looks set to be good, honest fun.