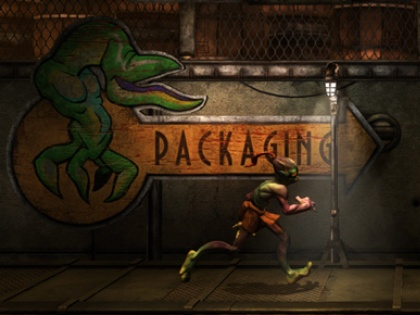 As much as I have come to enjoy the ever-growing library on the PlayStation 4, a lot of titles released in the past few months have been ports and remakes of older games. These tend to be good games, but also games I have already played before. The past month in particular was full of remakes and ports such as Rogue Legacy, Guacamelee!, The Last of Us, and now, Oddworld: New ‘n’ Tasty.

Though to be fair, I should not sell Oddworld: New ‘n’ Tasty short. Unlike the other aforementioned titles, New ‘n’ Tasty isn’t simply a direct port or an upscaling with some bells and whistles thrown in for good measure. Rare as they are, New ‘n’ Tasty is a complete overhaul of the original game from (seems to be a thing at the moment – try the “new” Hyperdimension Neptunia RE;Birth 1 on Vita – ed), lovingly remade in 3D with a handful of gameplay tweaks and changes. Oddworld: Abe’s Oddysee was released back on the original PlayStation in 1997, and it was somewhat constrained by the technical limitations of that era. Not unlike your favourite retro Zelda game, Abe’s Oddysee was comprised of levels that were split into individual screens, with new screens sliding in and out. This time around, the game is presented as a scrolling platformer, replacing the stop-and-go nature of the original with a much smoother experience.

The graphical overhaul was necessary, as the original game would have looked rather hideous if it had simply been upscaled to a higher resolution. I was initially a little skeptical when I heard that the Unity Engine was being used, but the end result is nothing short of gorgeous. Levels are have an excellent sense of detail and scale, with a variety of animations and colours constantly at play. 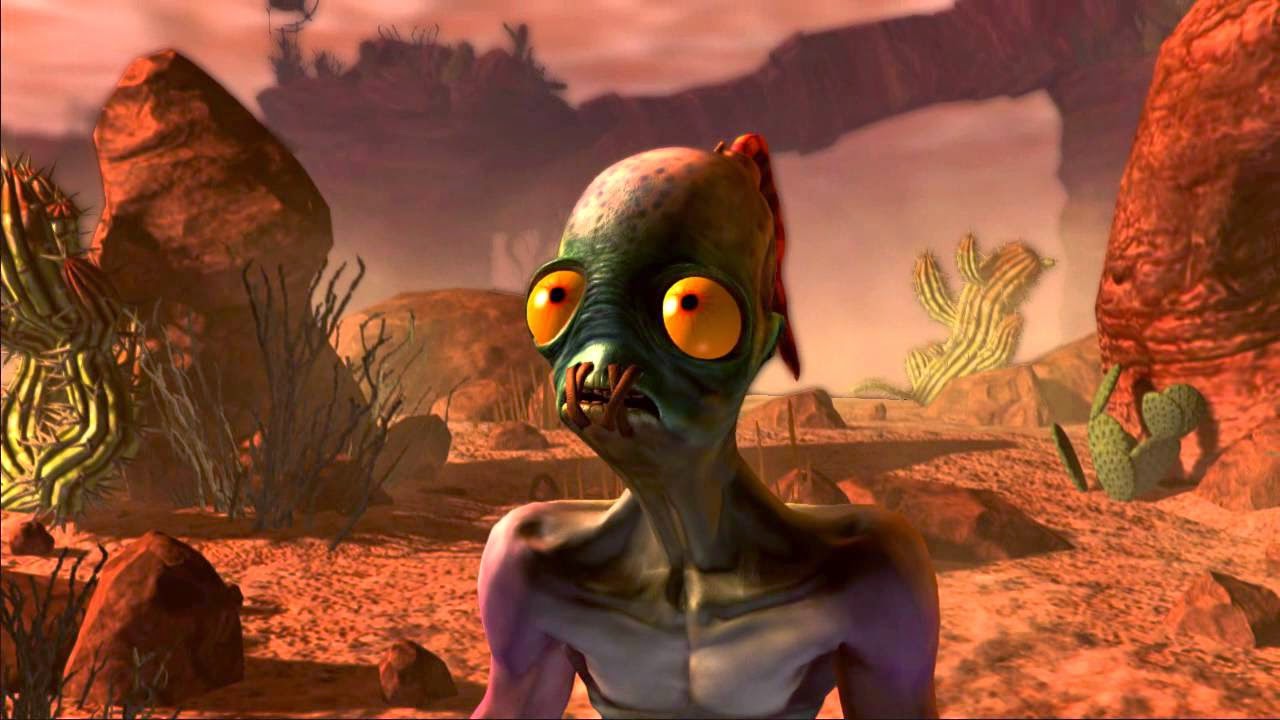 There is a sense of love and care here that is fitting for a series like Oddworld; while the series never garnered the level of attention it justly deserved, there are very few developers who are dedicated enough to craft such a well-realised and unique world. Oddworld is a universe crafted with equal parts black humour and outright slapstick and few games can convey their message with such effectiveness.

For the uninitiated, the series is set on an place called Oddworld: a peaceful land that is slowly becoming corrupted by the rise and expansion of heartless corporations (gee, wonder where that narrative comes from – ed). New ‘n’ Tasty follows the same storyline and characters as the original Abe’s Oddysee. This is the tale of Abe, an employee at RuptureFarms. Along with other fellow Mudokons, Abe is actually a slave to Molluk the Glukkon, the CEO of RuptureFarms, which stands as the largest meat-processing plant on Oddworld. Ignorant of the realities of his work, Abe is content with his position as a floor waxer, satisfied as Employee of the Year. While working late one night, Abe eavesdrops in on Molluck, who is planning on turning his slaves into “Mudokon Pops!” in an effort to replace a treat that has been dwindling in supply because the population of creatures supplying the food was nearing extinction.

The game then follows Abe as he attempts to escape RuptureFarms and later, return in order to free his fellow Mudokons from a rather awful fate. Like most other puzzle platformers, Abe is actually really quite useless when it comes to defending himself. His only real excelling trait is agility, which proves quite handy when dodging and avoiding traps. Abe also has the ability to mind-control creatures called Sligs, and use their gunfire to take out other enemies as needed. 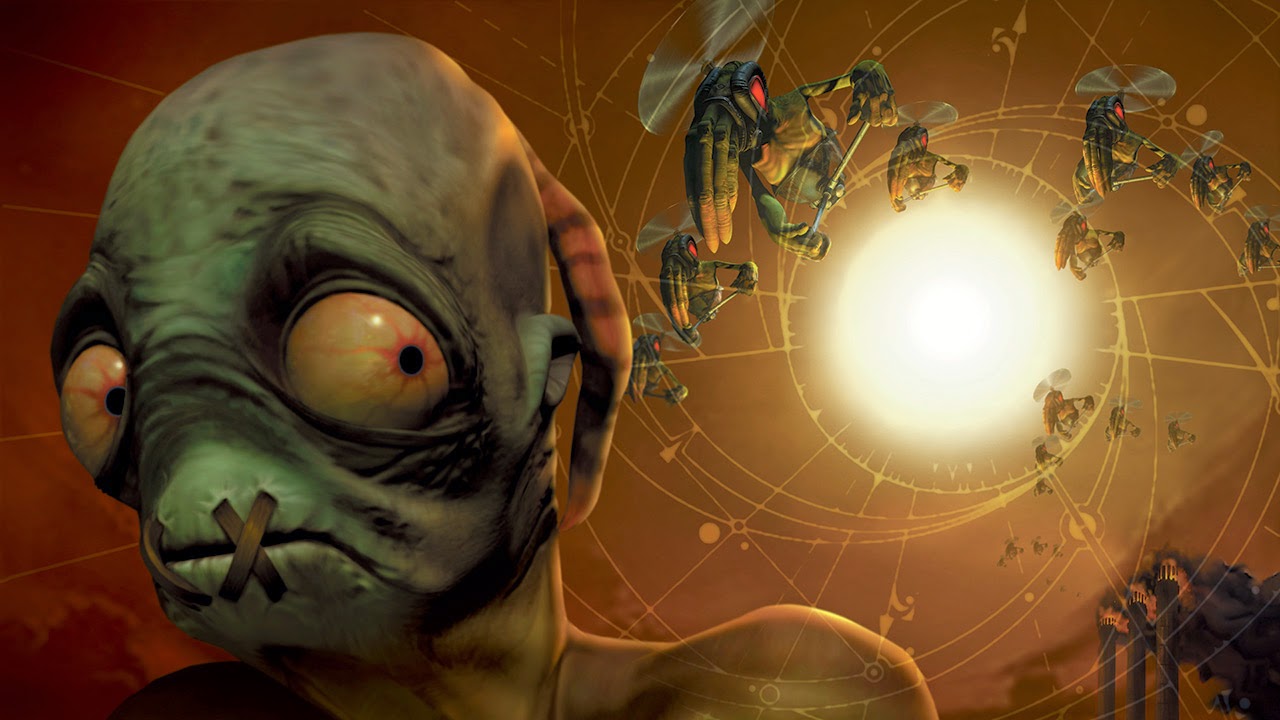 New ‘n’ Tasty sees a handful of benefits from this new iteration that helps to cut down the overall level of frustration that marred the original title. Aside from the now seamless level scrolling, controls feel much tighter and more responsive, with the ability to throw objects tied to the right analog stick, which allows for improved precision. The game’s difficulty has seen some tweaks, with one of the more noticeable changes being the ability to save at any point in the game. Purists might cry foul, but it really is optional and makes it easier to drop in and out of play.

In the end, this makes New ‘n’ Tasty less difficult than the original, but more enjoyable and easier to access this time around. While there are plenty of platformers around, few of them place such a heavy emphasis on stealth and puzzle solving. This pacing is one of the reasons why Abe’s Oddysee was so revered, and I am certain New ‘n’ Tasty will be remembered just as fondly in the years to come. If you are are still skeptical of giving it a go, maybe just try thinking of it as “an adventure through a genocidal meat factory with plenty of explosions and telepathy.” That may change your mind.