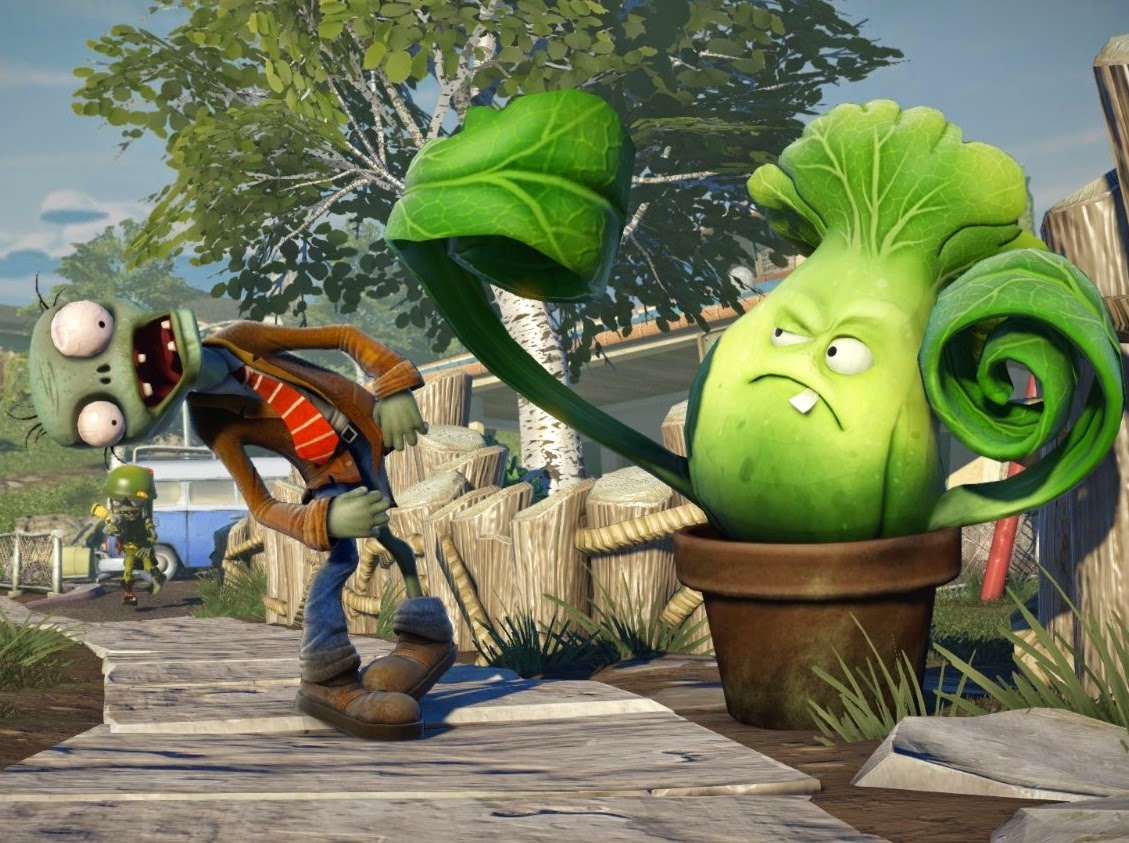 I have to start this review with an admission: I have not played enough of Plants vs. Zombies: Garden Warfare. I haven’t tried out all the modes; I am so bad at the game that I still feel uncomfortably venturing past the beginner’s mode Welcome Mat. That mode gives players more health the weaker they are, which is perfect for someone of my skill level. I’m not really that into shooters, anyway, as it’s not a genre I’m exceedingly familiar with or even one I generally enjoy.

But here’s the thing: I love Garden Warfare. Despite not having played very much of it and not loving the genre, I fell for this game pretty hard. For starters, it’s gorgeous in a really distinct way that manages to blend the Battlefield-esque realism of the Frostbite 3 engine it runs on and the whimsical cartoon that is the art style of the Plants vs. Zombies series. I would play more TPS games if they were all as visually appealing as this one.

This mix of real-world polish and fanciful fantasy extends to the rest of the game’s presentation and menus as well. The music is fun, with the charming creepiness of the game’s theme, a martial remix of the one from the first Plants vs. Zombies, being a particular highlight. Instead of a traditional in-game store, Garden Warfare has a Sticker Shop in which players can purchase card packs that contain stickers and other virtual goodies. As someone who used to collect Pokémon cards and the like, I found this little creative touch to be especially appealing. 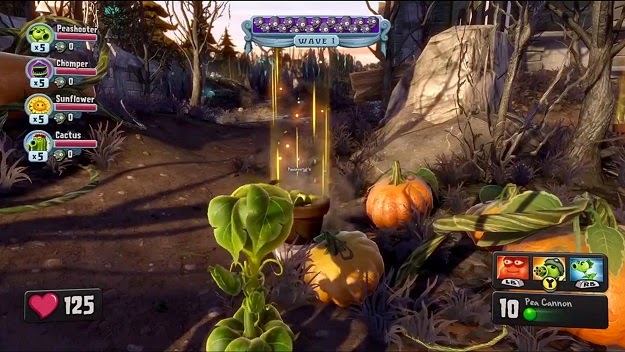 Since I can’t give you a detailed rundown of everything the game has to offer because the online community is challenging enough for me that I simply haven’t experienced it, here’s a firsthand description of what it’s like to play Garden Warfare with random Internet strangers in the early hours of the morning:

I just finished a match in which my team of plants was demolished by a bigger, superior team of zombies. I had the most kills on my side, 10, but for some reason my teammates only had a handful between them. Neither side wanted to continue such an unfair fight, except for me because I’m a masochist; but we had a teammate who for all I know is no longer playing but forgot to quit (maybe he’s making a sandwich), and some loser on the other side who is willing to run around looking for that idling player to up his kill count. 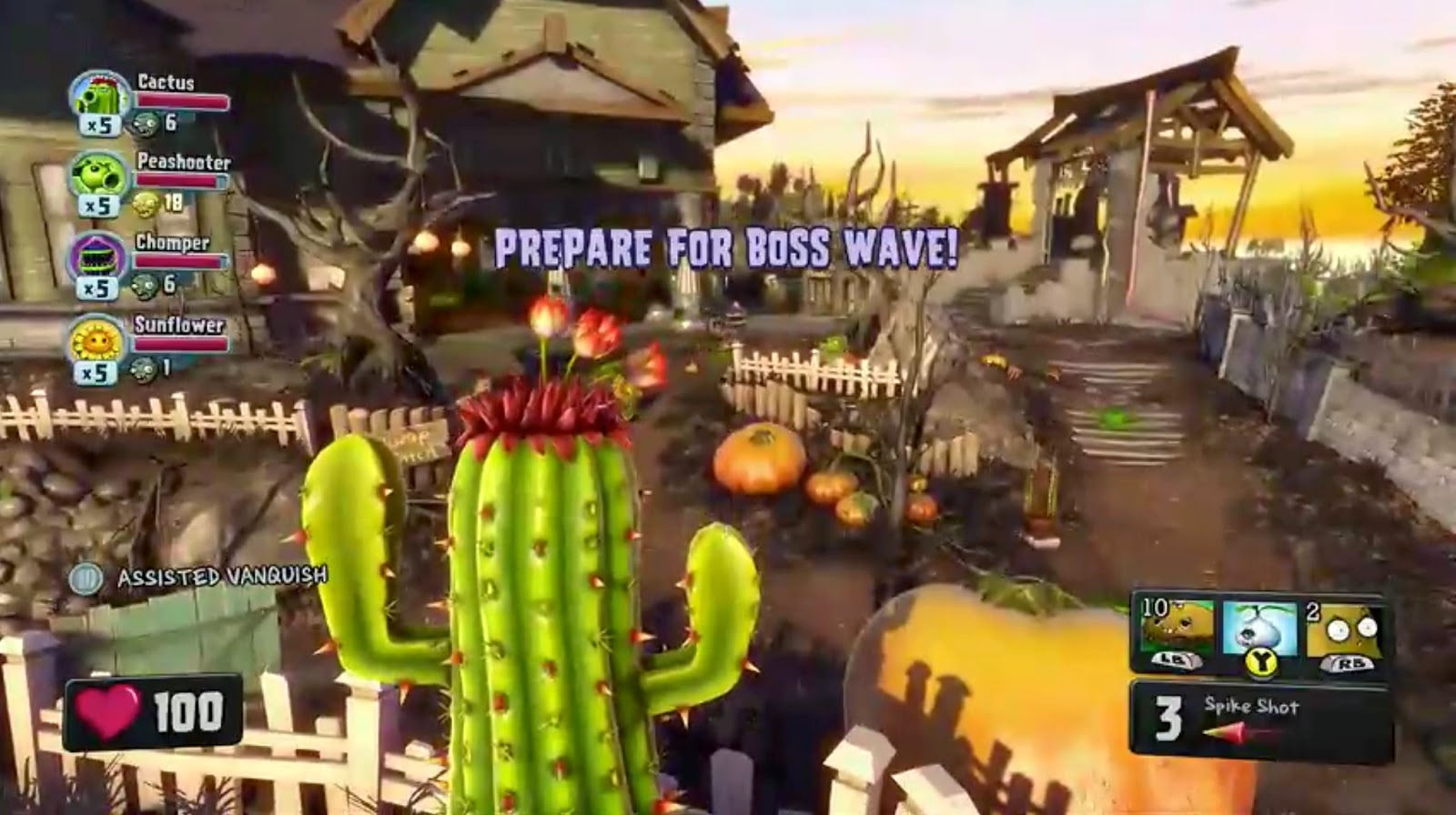 I run through the barren beach town, my brainless zombie (you’ll switch sides between matches, naturally) muttering inanities as I look for someone to give my existence meaning, whether in the form of an alliance or a bullet to the brain (figuratively speaking, of course; it’s more of a plant seed to the…hollow zombie skull?). I receive both, but much more of the latter. At this point I give up on trying to win the match and run to the beach, away from the violence – where at least there is a sand castle to gaze upon.

There’s a co-op mode in play, but the AI is challenging enough that, if anything, it’s more difficult than the competitive online play. So what I’m saying here is while this game might have the look and feel of a “family friendly” shooter, the reality is that the people playing it are of a standard to make it one for the shooter veterans who want a change of scenery from the brown wasteland battlegrounds.

Let’s have a look at Fairy Fencer f in English, shall we?