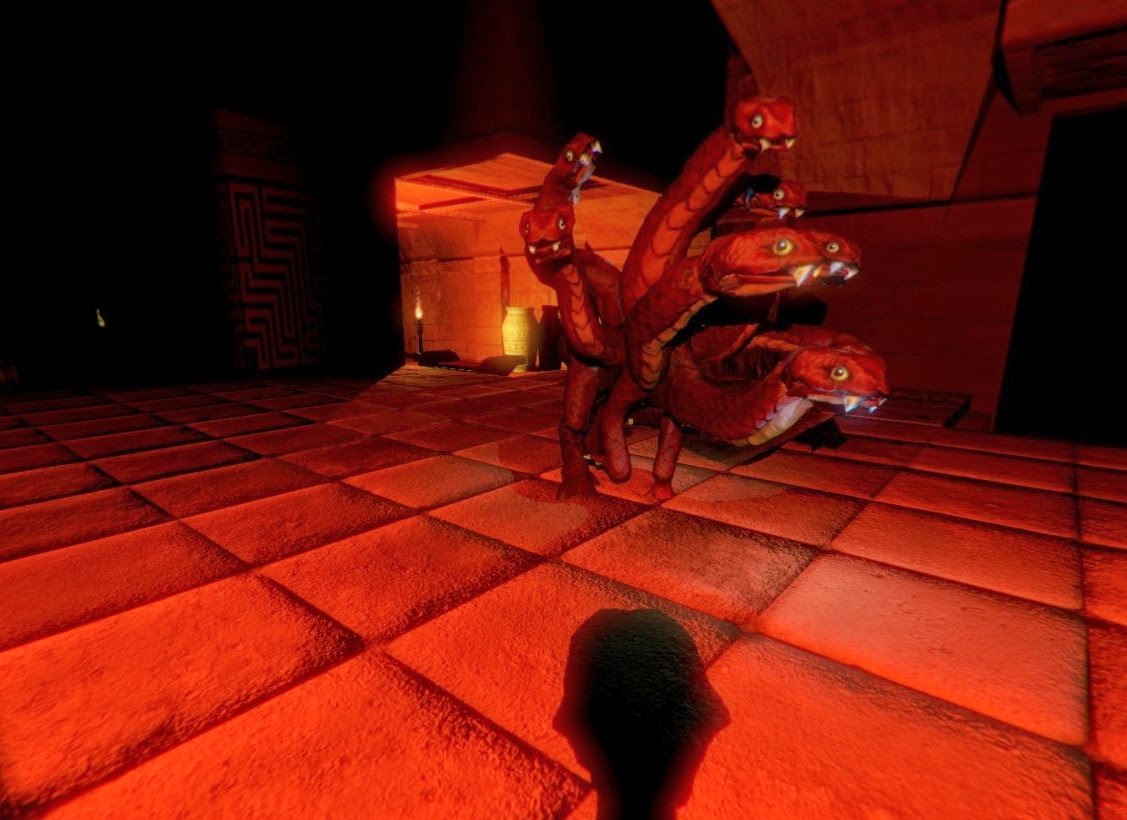 Review by Aidan B.

I find that there are times in life when you feel something… a smell, a noise, a familiar sight or a familiar experience and it takes you back in time. We call it “nostalgia,” and while it’s hard to tell what will make us nostalgic, when we encounter something that does do so, it often generates a powerful response. Depths of Fear: Knossos took me right back to the days of Doom and Wolfenstein.

Note: that’s not entirely a good thing. Some things are better left in the past.

You take on the role of Theseus, who is tasked with slaying the Minotaur that inhabits the labyrinth of Knossos. Theseus must slay all the various beasts that lurk in the depths to unlock the weapon capable of slaying the Minotaur. And so, he works his way in the dark through randomly generated levels using his wits, stealth and, of course, weapons.

While this may sound like a roguelike dungeon crawler from such a description, Depths of Fear definitely leans more of the side of horror. See, the thing is that you can’t actually kill any boss monsters until you get down to the bottom level of their section and earn the capability to take them on, so essentially it most of the game is a game of cat and mouse. At first, it’s simple enough; while on the first level you think to yourself, “hey this is easy, I just to extinguish Theseus’ torch when the boss is near and he can work his way around the level in relative safety.” This lasts until you go down the first flight of stairs because then the nasties start crawling around in the dark with you. From then, survival requires a little more quick thinking and strategy than that.

There is no denying the fact that this game will never win the beauty pageant, in fact it is probably the kind of game that would make fun of the games that entered the beauty pageant out of sheer jealousy. The game knows it isn’t pretty but then it doesn’t necessarily seem to care, and given this is the work of a microstudio, but while it’s fair enough to expect some rough edges, Depths of Fear takes things a little too far. If you can look past the blotchy colours and clunky graphics there is something worth playing. The controls hearken to simpler days. You don’t have pages and pages of inventory or maps. You have enough to get by and be challenged without needing to remember a complex button map. 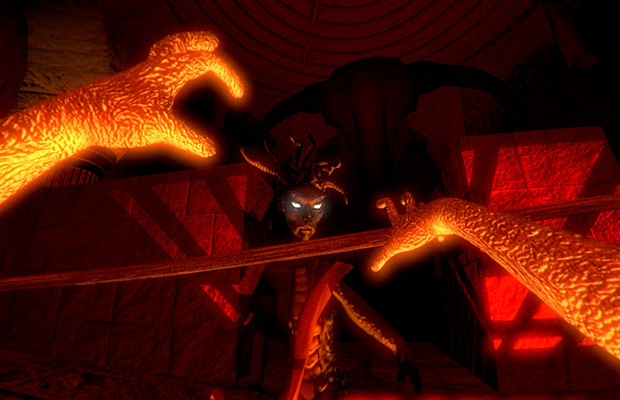 The music feels like it is straight out of the late 80’s. The sound effects range from actually quite chilling to downright embarrassing. When it gets the sound effects right, though, it gets them really right; I think the bleat of the Satyr will haunt my sleep tonight. But, sadly, any horror game that can’t maintain its atmosphere throughout is, ultimately, an ineffective game.

This won’t be a game that will appeal to everyone and I have the feeling that it may well scare off (yep, pun intended) a fair few people with production values that are below standard, even by indie standards. More is the shame though because those turned off without giving it much of a chance are missing a good bit of fun. Hopefully everyone will have a, HOLY CRAP WHAT IS THAT THING WITH THE GLOWING EYES CHASING ME, moment, which is pure fun. And, even if you don’t have a great time with the game, hopefully at least you can enjoy a taste of nostalgia and perhaps be inspired to go back and give the classics another whirl.